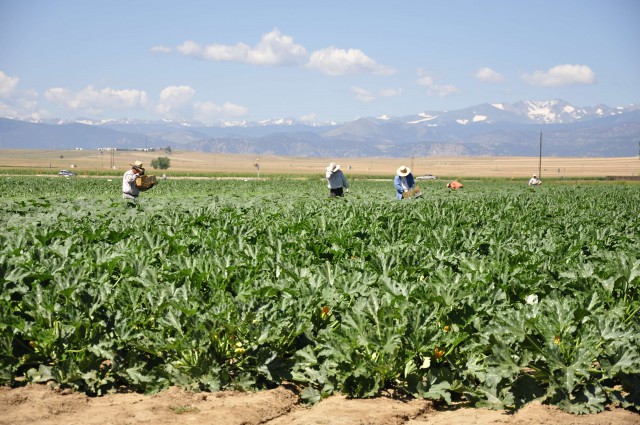 I am a farmer in Boulder County, and I wholeheartedly support the agricultural worker’s rights bill, SB21-087, that is being debated in the Colorado House of Representatives. I have worked in agriculture for 8 years and I’ve learned that agricultural workers are some of the most essential people in our world, and some of the most silenced and neglected. In response to Bruce Talbott’s column on May 20 (RE: Guest Column, “Agricultural rights’ bill will harm workers it purports to help”) I want to set a few things straight.

We do have a crisis in farming, but it isn’t the crisis Talbott foresees as a result of this bill. The crisis is that the system does not value farmers nor farm workers nor the products we produce. That young farmers are concerned that they will not be able to afford their employees is not a problem with the bill. It is a problem with a system in which for one industry, agriculture, it is acceptable and sanctioned to not pay a living wage, not pay overtime and not take care of the health and safety of our workers.

We blame the consumers, who we fear will not take on the “extra” cost of treating people like human beings. In fact, at least 10 other states have a minimum wage for agricultural workers, and farmers in those states are solvent and selling their products to consumers who pay for them.

Mr. Talbott also complained about not having a say in the writing of the bill and claimed his exclusion. Yet I heard about the bill originally from the National Young Farmers Coalition, who have been working closely with farmers to care for farm workers’ needs in the process of writing the bill. They are joined by the Mile High Farmers and many individual farmers across the state who have been consulted and have advised and participated in the process. I am sorry that Mr. Talbott was not one of them, as white male farmers do expect that privilege, but he is also incorrect.

Finally, this bill is about basic human rights. All the issues Mr. Talbott has with this bill pale beside the difficult but unavoidable facts. Agricultural workers are excluded from many basic protections that most of us would consider universal in the workplace: minimum wage, safety and health policies, the right to organize and so many other rights the rest of the work force has been guaranteed for decades. It’s disheartening to me to hear farmers creating reasons to ignore these basic human rights protections. Ultimately, this bill addresses racism and exploitation, especially of immigrant workers in Colorado. I have worked closely with immigrant farm workers, and I support this bill because they are the glue and the backbone of so many agricultural operations. Their knowledge and skills are invaluable. It is unfathomable and unconscionable that they are not protected when they are so important to our state.

This bill, SB21-087, isn’t about hurting farmers. It’s about protecting vulnerable people who cannot speak up. If we cannot do this basic thing in our industry, then we should find other work. We have no right to exploit vulnerable people and call it essential work. This bill only puts into words the decent, baseline things we should already be doing for our workers and our community. I challenge my farming colleagues to stand up to the status quo and start to make farm work an occupation that is humane, fulfilling, noticed and valued.

Helen Skiba is the owner of Farmette Flowers in Longmont.