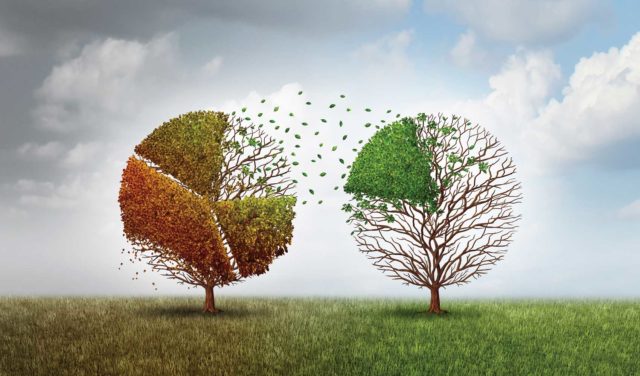 Colorado legislators and Colorado’s state pension fund — Public Employees Retirement Association (PERA) — should be paying close attention to the fact that a bill, HB21-1246 PERA Public Employees’ Retirement Association Divestment From Fossil Fuel Companies, didn’t move forward in committee at the state legislature on April 19. To not divest from fossil fuels not only fails to take bold action to address the climate crisis but also fails beneficiaries in choosing to ignore the mounting evidence that funds that have divested are outperforming those that have not.

It is vital that Colorado continue to lead the fight against climate change in every way possible. It is our moral imperative to do so as climate change is a real and serious threat to the health, welfare and prosperity of all Coloradans, all U.S residents, and all people on the planet.

Maintaining the status quo of fossil fuel energy production will unquestionably lead to a self-created catastrophe. Therefore the State of Colorado has an ethical responsibility to take steps to avert this disastrous result. Attempting to profit from investments in companies whose profits depend almost exclusively on the continuation of practices that cause climate breakdown (and adding insult to injury, losing money on those investments) is unacceptable and puts Colorado on the wrong side of history.

Colorado has codified into law HB19-1261, Climate Action Plan to Reduce Pollution, with a goal of reducing greenhouse gas emissions at least 26% by 2025, at least 50% by 2030 and at least 90% by 2050 compared to 2005 levels. Continuing to invest our public funds and pensions in fossil fuels does not serve us in achieving these goals.
The fossil fuel sector continues to struggle, with profits dropping, cash flow down, long-term debt loads rising and growth opportunities limited. A 2021 report by BlackRock examined hundreds of divestment actions of funds worldwide and concluded that portfolios experienced no negative financial impacts as a result of divesting from fossil fuels. In fact, they found evidence of improvement in returns for those funds.

The fossil fuel industry is suffering a prolonged downward trend, facing increased climate-related financial risk, and mounting concerns over the growing climate crisis. The number of lawsuits seeking billions of dollars in damages from the biggest contributors to climate change is growing. All of this significantly impacts the value of oil and gas companies and investment returns for PERA.

PERA should be actively working to mitigate climate-related financial risk, taking into account that at least two-thirds of fossil fuel reserves will not be monetized if we are to stay below 2 degrees Celsius of warming, which we must do in order to avert the worst climate impacts. According to the International Energy Agency, stranded asset estimates range from $304 billion to $100 trillion by 2035. Attempting to beat the market by holding these investments until the last possible moment is a high-risk strategy that doesn’t help our planet or PERA’s beneficiaries. As Bevis Longstreth, former SEC Commissioner, has stated: “It is entirely plausible, even predictable, that continuing to hold equities in fossil fuel companies will be ruled negligence.”

Legislators should take responsibility since PERA is currently not doing so. Our public money should not be invested in companies that are adversely impacting our collective health and further exacerbating the climate crisis.

Deborah McNamara is the campaign director for 350 Colorado. Kevin Cross is a spokesperson for the Colorado Coalition for a Livable Climate.