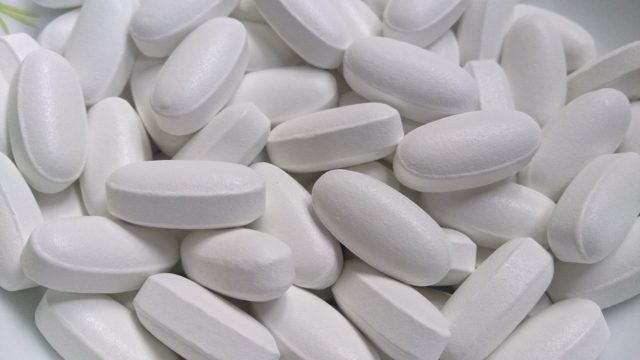 How will America’s great social distancing experiment end? Just guessing, but I suspect toward the end of April, millions of Americans will say, in so many words, “Screw it. We’re going back to work.”

This isn’t going to be a storm-the-barricades style national jail break. People are just quietly going to go back to work and resume their lives, virus or no virus. But they will also take certain precautions. Like hydroxychloroquine.

Chances are an increasing number are starting to distance themselves from social distancing already. Since the first of the month, traffic on the roads has been picking up little-by-little, day-by-day. By the time May Day rolls around, when the 30-day quasi-lockdown period supposedly ends, a lot of people aren’t going to be waiting around for an official all-clear from experts. They are going to say, “This stay-at-home drill isn’t doing anything for me. I’m going to chance it and resume my life. And by the way, where do I get some hydroxychloroquine?”

People under the age of 50 are going to be especially apt to say this. But before long the over-50s who are still in the work force will say, “OK, I’m at greater risk than the youngsters, but if I don’t get back in the game someone who has gone back is going to get my job. So I better get back in the labor pool too. Besides, I’m going as stir-crazy as the Millennials and Gen Zs. And say, where can I get some hydroxychloroquine?”

And then geezers like me (I’m 77) are going to say, “There are a ton of people out there who are running around asymptomatic and squeezing the avocados and the Charmin, and that’s going to make trips to the supermarket an adventure that requires more equipment than a home-made face mask and a pair of nitrile gloves. But trips to the supermarket are mandatory, so hey, bro, would you happen to know where I could get some hydroxychloroquine?”

This will upset Dr. Fauci, because it has not been shown — to his satisfaction — that hydroxychloroquine works. And millions of Americans will say, “Doc, we love you, but we don’t really give a shit that you haven’t completed a double blind study. That anecdotal evidence you find insufficient is good enough for us in a scrape, because you don’t have anything better. And the current situation is nothing if not a scrape. When you have something better, we’ll talk. But until then, hey, would you happen to know where we can get some hydroxychloroquine?

“Yeah, we know that we can get it through a lot of docs if we happen to test positive, but that isn’t good enough. That’s because we’re done with this social distancing crap, we’re resuming our lives, and we need a drug we can use prophylactically. And that means hydroxychloroquine better be made available over the counter. If it isn’t, it’s going to be made available through America’s illegal drug industry, which is always looking for new products and manages to cut a lot of red tape when bringing them to market. And it rarely waits for the results of double blind trials.”

This whole social distancing, stay home thing has a fundamental vulnerability that all but guarantees it will fail. The problem is that most Americans live in cities. And the whole point of cities, their raison d’être, is to collapse social distance. Trying to “social distance” in a city is like trying to give up gambling in Las Vegas. Everything conspires against it.

A quarantine is practical when it is imposed on plague hot spots. Locking down the greater New York City area, or greater Chicago, Detroit, or New Orleans may make sense; locking down the U.S. doesn’t. A national lockdown isn’t going to stop the virus; it will only slow it — that much is readily admitted by the experts. And when the present lockdown ends, there may be a second, third or fourth wave coming through. Short of Black Death death rates — 30-50% of the population — a second national shutdown is going to be a non-starter.

Trump understands that drugs that can be taken prophylactically are the key to restarting both the economy and normal life. That’s why he’s pushing hydroxychloroquine so hard. He seems to think it’s perfectly safe — it isn’t — but it’s safe enough. And it’s what’s available.
Like the Rolling Stones song they play at Trump rallies says: “You can’t always get what you want / but if you try sometimes you just might find / you get what you need.”