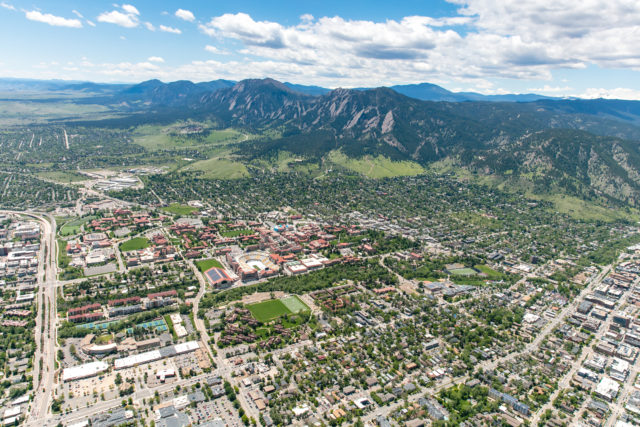 Last month, I read a Daily Camera piece entitled “Limelight Hotel is a Game Changer” (Dec. 19 2021). Written by real estate consultant Sean Maher, the piece celebrates the upcoming 250-key Limelight Hotel set for construction on Boulder’s University Hill. I frequently ride and run along the Broadway path past its construction site, which extends from University to Pleasant. Like Maher, I am a real estate consultant, but unlike him, I see nothing to celebrate and a lot to mourn.

I’ll confess a sentimental bias against the hotel. I moved to Boulder in 1992, and for years, the stone building at the corner housed the Boulder Mountaineer. I was a dirtbag bike shop guy , working enough to ride and travel , but I was aware of the dirtbag mountaineer shop guy, who worked enough to climb and travel; the Mountaineer and Neptune were their main hubs. Perhaps I should stop longing for days when Boulder’s real estate was affordable enough to support multiple mountaineer shops and their dirtbag minions, and embrace the 2025 Northwest Colorado Tax Professional summit, or whatever will be staying at the $300/night rooms at the Limelight.

My sentimentality distracts me from the ugliness of the building at 1325 Broadway. All I see are glorious summer nights hanging out with friends, downing massive $5 plates of fried rice and $5 pitchers while looking at the best views in town from K’s China’s rooftop. That building also conjures memories of cheap eggs and biscuits at Dot’s and cheaper pizza at Fatty J’s. Oh well. Now the kids will have 25,000 square feet of meeting space!

Likewise, when others see sketchy restaurants near the corner of Pleasant and Broadway, I recall Tra Lings, whose dollar scoops kept me alive for a couple years as a CU undergrad. The upshot is Limelight will have a 15,000-square-foot ballroom.

My lack of enthusiasm isn’t purely sentimental, however. As a real estate consultant with a focus on climate adaptation and housing affordability, the project is a disaster. Boulder’s already-bad car congestion, which has increased in recent years due to high rates of single-occupancy trips and inbound workers, will be exacerbated by the Limelight’s workers, guests, conference goers and their cars.

That’s assuming anyone uses the hotel, since it’s built around shaky markets. COVID severely impacted Boulder hotel occupancy rates, and existing hotels continue to recover while adapting to the new ways the world is conducting business. Virtual work, and particularly low-cost, low-carbon virtual conferences are replacing the live conferences the Limelight is built to accommodate. This is a good thing. A 2021 Nature article found virtual events significantly reduce conference carbon footprints —because having 200 people fly from all over the world to and from a conference for mini bacchanals is not an especially low carbon affair (go figure). The article also found virtual conferences are a boon for promoting diversity, since virtual attendance is not limited to people who can afford airfare and accommodations, or populations who can be away from their duties as caretakers.

Lastly, replacing a latticework of small, several immigrant-owned businesses with a project orchestrated by billions-backed institutions (CU) and a hotel conglomerate is an opposite action for developing an equitable, resilient local economy. The hotel will widen the rift between the folks who live, use, work, and run Boulder, and the nameless corporate entities (and their mouthpieces) who set the city’s priorities and enjoy its bounty. No one I know in Boulder wants this hotel, but apparently, like CU South, community  and even industry authority take backstage to wanton expansion, which, in 2022 Boulder, clearly takes the limelight.