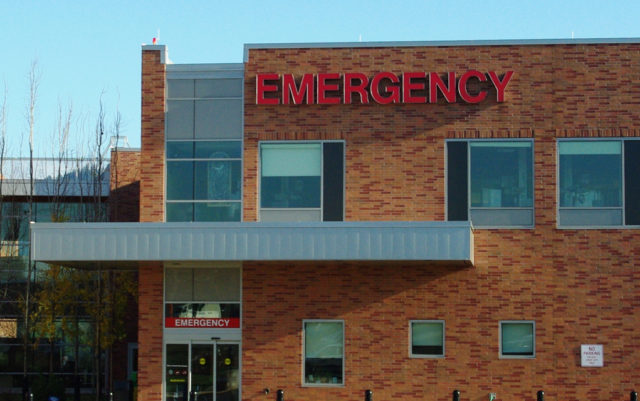 The United States currently has the highest per-capita health care expenditures in the world, yet we rank last among 11 developed countries for health outcomes, equity and quality, according to a recent study by the Commonwealth Fund. They also found that more Americans die from poor quality care than do people in any of the other countries.
One in four Americans said they didn’t go to the doctor about a health issue over the last year because they were worried that the solution would cost too much, according to a new survey released in March by Gallup and West Health, a health care nonprofit.
Some 45 percent of Americans worry that a major health issue could send them into bankruptcy, and 19 percent have delayed purchasing medicine due to its cost.
The Republicans are determined to make things much worse. U.S. Attorney General William Barr and the Justice Department, along with several state GOP attorneys general, are pushing a lawsuit to abolish the Affordable Care Act (ACA or Obamacare) altogether. That would mean that people could again be blocked from getting insurance due to pre-existing medical conditions such as diabetes, asthma and high blood pressure. That would mean that insurance would be ended for 21 million people covered by the ACA health insurance marketplaces and Medicaid expansion as well as 2 million young adults covered by their parents’ plans. Some 800,000 people suffering from opioid addiction would no longer get substance abuse treatment.
Democrats of all political stripes have fought GOP attempts to maim and/or destroy the ACA. However, everyone agrees that the ACA is inadequate. Some 30 million people are left uninsured and tens of millions more are underinsured because they are burdened with costly out-of-pocket expenses like premiums, deductibles, and co-pays. A 2017 Kaiser Family Foundation survey found that 43 percent of adults with health insurance are having a hard time being able to afford their deductibles and about a third can’t pay their premiums.
As we head toward the 2020 elections, a confusing array of new health care reform proposals have emerged from the many presidential candidates. The only truly universal proposal is offered in the bills by Rep. Pramila Jayapal (D-Washington state) and Sen. Bernie Sanders (I-Vermont) to institute an expanded and improved Medicare for All. Recent polls show that 70 percent of Americans support Medicare for All (with 85 percent of Democrats and 52 percent of all Republicans).
Under Medicare for All, everybody gets their health insurance from a single government agency, which is funded by progressive taxes. You don’t pay the doctor. There aren’t any bills, deductibles, co-pay or co-insurance. You freely choose your doctors and hospitals and can keep them. Coverage isn’t tied to your job or income.
A new study from the Political Economy Research Institute (PERI) at the University of Massachusetts-Amherst shows that single-payer health care can save this country $5.1 trillion over a decade while decidedly reducing the health care spending of working-class Americans. The study analyzed Bernie Sanders’ Medicare for All bill.
Support for Medicare for All has grown enormously among both the rank and file as well as electeds and candidates in the Democratic Party. A new coalition has formed to stop this growing consensus in the party. After the big Democratic victory in last year’s November elections, Adam Cancryn reported in the Dec. 10 issue of Politico:
“The united front that helped Democrats save Obamacare just a year ago is falling apart over single-payer health care.
“Deep-pocketed hospital, insurance and other lobbies are plotting to crush progressives’ hopes of expanding the government’s role in health care once they take control of the House. The private-sector interests, backed in some cases by key Obama administration and Hillary Clinton campaign alumni, are now focused on beating back another prospective health care overhaul, including plans that would allow people under 65 to buy into Medicare.
“This sets up a potentially brutal battle between establishment Democrats who want to preserve Obamacare and a new wave of progressive House Democrats who ran on single-payer health care.”
Adam Green, co-founder of the Progressive Change Campaign Committee, told Politico that, “it’s more of a mainstream position than it’s ever been before. There’s this hugely rapid advancement toward Medicare for All — single-payer — as not just an eventual North Star goal, but as something that’s increasingly possible.”
We are close to a historic floor vote on Medicare for All. It’s time to get into the fight. On Sunday, June 16, Boulder Democratic Socialists of America and Our Revolution Boulder are hosting a panel discussion on why Medicare for All is necessary and how we can make it a reality. The event is at 12:15 p.m. at the Boulder Public Library.
The speakers are Chris Diehn (SW regional organizer for DSA Medicare for All), Sara Wright (director of communications for the Colorado Foundation for Universal Health Care), Dr. Richard Bieser (Physicians for a National Health Program), and Marie Adams (Our Revolution Boulder). Join us.
this opinion column does not necessarily reflect the views of Boulder Weekly.