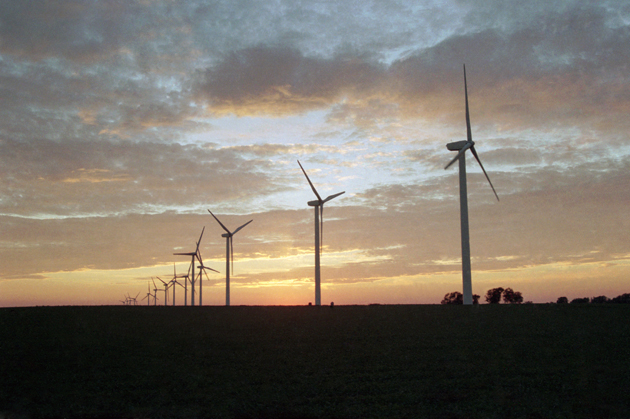 Today the Fort Collins municipal utility is a role model for other utilities. It operates and maintains one of the most reliable electric distribution systems in the country (over 99.99 percent system reliability) and is recognized for its pioneering work in undergrounding (with a patent on an underground vault design and a system that is over 99 percent underground) and for piloting sustainable energy solutions.

But it wasn’t always this way.

The Fort Collins system used to be owned and operated by Public Service Company (PSCo), now part of Xcel Energy.

In 1932 Fort Collins citizens, wanting to reduce indebtedness and lower taxes, voted to create a municipal electric system and to issue bonds to finance it. The City attempted to negotiate a purchase from PSCo but after several months, the attempt fell flat because PSCo said “that it had nothing to sell.”

About this same time, the federal Public Works Administration (PWA) issued a favorable report about the proposed purchase and was willing to give Fort Collins a loan and grant to help with the purchase.

But PSCo was unwilling to sell, so Fort Collins had to go to court. PSCo’s various legal tactics took the case to the state Supreme Court, which sent it back to the Fort Collins court, where the jury found in favor of the City and fixed the purchase price at about 62 percent of what PSCo had claimed the system was worth.

Then, at the last minute, PSCo came up with a new rate reduction offer. PSCo notified the PWA of its rate reduction plan and the PWA told the City that it had to offer customers rates that were at least 15 percent below what PSCo was offering.

So in 1935 citizens were again asked to make an important decision in the voting booths. Voters turned down PSCo’s offer and continued to support the municipal utility.

After this defeat, PSCo went to U.S. District Court and asked that the City be enjoined from selling its bonds. The District Court and eventually the State Supreme Court denied PSCo’s request.
When the purchase was finally completed in April 1935 and the city’s crews went out to read meters for the first time, they discovered that PSCo employees had removed some meters and transformers. So the City had to go back to the district court to get an order to bar PSCo employees from removing equipment that now belonged to the City.

Some 20 years earlier Longmont had to go through a similar struggle.

In the early 1900s Longmont’s system was owned and operated by Northern Colorado Power Company (NCP), a predecessor of Public Service/Xcel Energy. But citizens weren’t satisfied with existing rates and service.

In April 1911, a proposal to form a city-owned utility in Longmont was put to a vote and passed by an overwhelming majority. The Longmont Ledger summarized the election tactics of NCP (March 31, 1911, page 1):

“The Northern Colorado Power Co. has been doing a good business in Longmont, and don’t (sic) want to lose its grip. The manager of that company, through his circulars is trying to befuddle the voters into believing that the engineer of our city don’t (sic) know what he is doing and that the figures that have been received are pure guesswork. Don’t accept any such nonsense. Vote for the bonds. It will be the best investment the city every made.”

NCP next obtained a temporary injunction to keep Longmont from issuing bonds. A grassroots movement to protest NCP began. As part of this movement, many citizens stopped using NCP electricity and used only kerosene lights until the connection to their municipal utility became available.

NCP continued efforts to stop Longmont until March 7, 1912, when Longmont won a final district court injunction suit and was allowed to provide service.

The early struggles of the Fort Collins and Longmont municipal utilities have since paid off for both communities.

As the former Fort Collins Utilities General Manager says: “It was not easy for those visionaries in 1935 to convince the population that the creation of a municipal electric utility held the key to many of the successes gained in the community in the years that followed. There was a struggle at first. The advocates won out in that struggle, but only with the help of all the citizens. After all, that is what public power is all about — the citizens having control of their own destiny.”

Take heart, Boulder. We can do this.