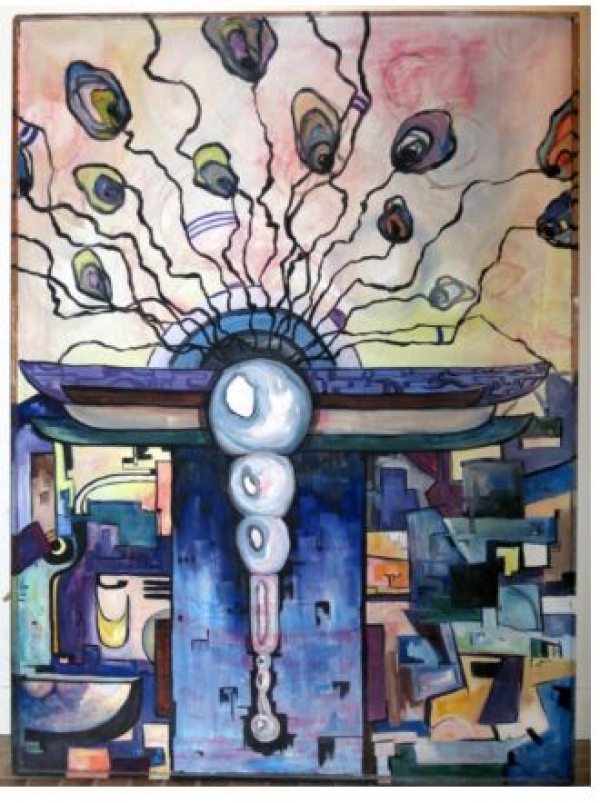 We believe that Coloradans deserve the right to decide how to protect their families, their property and their future from fracking. These oil and gas ballot measures would strip Coloradans of that right. That is wrong. Ballot measures #122 and #123 are the most recent intimidation tactics employed by the oil and gas industry to take away local control from Coloradans.

We encourage people who would like to protect their community from fracking to visit our website at: www. localcontrolcolorado.com to find out how they can get plugged into our organization to help.

In your recent article about Nederland’s Frozen Dead Guy Days (FDGD), writer Danielle Meltz stated that, “…the festival has almost turned into a holiday for the people of Nederland.”

For this person of Nederland and virtually all of my local friends and neighbors, the FDGD event has turned into a gigantic pain in our collective asses. Gridlock traffic, thousands and thousands of drunken idiots pissing in our yards and general bedlam in our usually quiet community have made most of us dread this festival. We find it embarrassing that Nederland’s most famous resident is a freezer-burned corpse.

Beyond the inconvenience, the festival has become a threat to public safety. FDGD weekend would be no time to have one’s house catch fire, or to need an ambulance; it could take an hour for first responders to get across town.

I know the event has been a longtime BW advertiser, but in the interest of journalistic credibility you should include reporting on the widespread local opposition to it in future articles.

“That Hall girl is running for county coroner!” dad excitedly announced on one of our visits to Lyons. “I am going to put a sign by the road,” he continued on. If he only knew. Our dad was the only flood related casualty in Lyons Colorado. If he only knew how much care Emma Hall took with his family, how much time Emma spent on the phone and in person with us during the week that he was missing and after his body was found, how important this job is to Emma and how important he was to her. He would have put one million signs by the road. We will never forget when Emma came to tell us that dad’s body had been found. Brent said to her, “I am so sorry that you had to identify him.” Dad was her elementary school teacher and we knew that it must have been hard. Emma looked directly into his eyes and said, “This is a very important job and I am happy to do it.” We absolutely, without reservation endorse Emma Hall for Boulder County Coroner. We could not imagine casting a vote for anyone else.

Emma Hall is an asset to Boulder County Coroner’s Office.

I have had the pleasure of knowing Emma Hall for twenty years. One of the things that I admire most about Emma is her willingness to help others and serve our community. As coroner, she has conducted herself with dignity and respect. But, the most important trait that Emma brings to her work is compassion. I have consistently received compliments on how she and her staff handle cases and work with families. Although Ms. Hall is often faced with making tough decisions and working with people at very difficult times, she is reasonable, fair and respectful.

I have had numerous conversations with Ms. Hall about the need for Boulder County to have a coroner’s office which operates in accordance with national standards. When investigating a death, whether due to natural causes or some type of trauma, the coroner must weigh all factors and take a comprehensive look at each case to make an accurate ruling. Ms. Hall has been criticized, at times, for taking such a comprehensive approach. However, this method is absolutely critical for all agencies involved and especially the families. A rush to judgment can lead to additional and unnecessary grief for families who have lost a loved one, greatly increase the likelihood of misinformation, and compromise the integrity of an investigation.

In three short years, I have watched Ms. Hall implement policies and procedures that have helped to move the coroner’s office into compliance with national standards. She has restructured the staff in the office and increased both the morale and professionalism of the entire organization. The construction of a new state-of-the-art facility, which Ms. Hall championed, will also be an important part of having the coroner’s office serve our community better.

I’m voting for Emma Hall and I hope you will, too.

Macon Cowles cares more about dogs than homeless people. I know this for a fact. I, too, love animals. But, I wonder if anyone on Boulder Council realizes that they may also care less for some humans than even an aggressive dog.

My [dog] Pockets bit someone because she was abused as a laboratory dog and did not trust humans for a long while. She was cute and cuddly but people just thought they could pet her without question and so she bit and then pulled away. It cost me more than $2,500 dollars in fines and a rabies shot. Some rich Boulder woman decided to go to the emergency room instead of simply booking an appointment to see her doctor. It was just a slight puncture. She didn’t want to use her insurance.

Pockets was quarantined for ten days at the Shelter, paid for by me. I had to take classes for training a dog but they said Pockets was as trained as she ever could be in her condition, actually told me what a brilliant job I had done in “saving” this animal. The Humane Society warned me not to take such a dog, that she was “untrainable,” more scared than any child I’ve ever seen.

So, Pockets stayed home and slept while I attended required classes by the court for a series of dog trainings, with an invisible dog. It was pretty silly and a waste of time. I held a leash in my hand and a whistle in my mouth. Perhaps the next ordinance to punish the homeless for being so should be for them to be leashed at all times!

I wish Boulder Council members would think as deeply as they seem to be about the green tag program and dog tickets as they do those so unfortunate not to have a home.

The only time Macon Cowles ever contacted me about anything was when he saw his own dog in one of my videos.

Otherwise, I was and am, just like the homeless, persona non grata to him and to most of the Boulder City Council.

Even a dog will have its day. That’s what they say.

Pockets passed away in 2013, heartbroken to have had to leave Boulder, where dogs are better, sometimes, than men the likes of Macon Cowles.

Lost a painting a few years ago?

I’m looking for a woman named Kirsten A. Lansing, maybe Kirsten A. Coe. Years ago she painted a painting when she was roommates with my son, Tucker Lange, in Boulder. Somehow my son got to keep it, and now it’s in our basement in Albany, N.Y.

I don’t have the heart to trash it, and wanted to find out if Kirsten wanted it back. Do you have any ideas on how I might track her down? According to Whitepages, she lives in Boulder, don’t know if that’s true or not. Thanks!

Stand Your Ground an excuse for killing

I lived in Coral Gables, Florida or the capital of South America as we sometimes affectionately called it, in the early ’80s and got to know the people and place fairly well. Had a ball speaking Spanish with the fellas to the hordes of beautiful, stunning women, played futbol with the South Americans, Cricket with the West Indians and got robbed in Coconut Grove. My Trinidadian sister-in-law has a house next door to my nieces and virtually everyone I went to high school with in Jamaica has moved to the ‘Kendall’ neighborhood, most having moved there in the 70s after the [People’s National Party] and [ Jamaica Labour Party] political violence became too much for them back in Jamaica.

Florida was and is the most diverse, multicultural, multiracial and integrated/integrating city in the country, California notwithstanding. There are some rebel demographers I’ve read that claim that a majority minority already exists in California, with Texas on the way, but that is an argument for another day.

It is precisely this though, the ‘Browning of America’ and the fear of being overwhelmed, perhaps even absorbed, and the accompanying loss of unique power and privilege that is at the core of their special rage of xenophobia problem. ‘They’ would be the minority of White men/European Americans that are terrified of this inevitable change. And to make a short story long these ‘Stand Your Ground’ people are apparently using Florida as ground zero in the practice test run of this law.

And they’re starting out with killing an old favorite, young African American men.