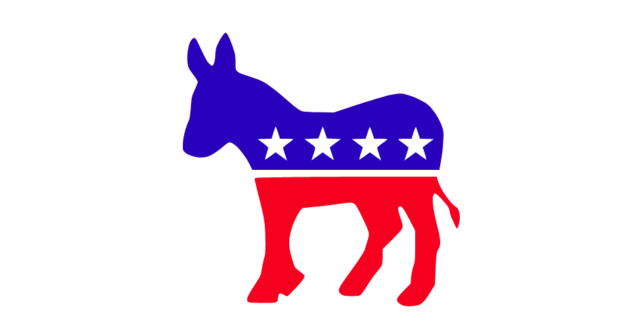 There’s no question Democrats could have done much better in our recent national election. Given the mismanagement and corruption in Washington, many of us were hoping for a landslide — but it didn’t happen. What went wrong?

Political parties are complex, but one thing is clear about Democrats — we tend to “split-up” on issues more so than Republicans in recent times. Boulder Democrats are no exception, and some of us really got it confused this year, creating an unnecessary local ballot-issue distraction, when what we really needed was “all-hands-on-deck” for the national election.

What I am talking about, of course, is the Xcel-franchise initiative that City Council decided to place on Boulder’s ballot this year. In spite of what some Council members and other local leaders contended, there was no real urgency to have this on the 2020 ballot. Boulder had been doing just fine “out-of-franchise” for 10 years, prodding Xcel to much higher levels of clean energy for the entire state simply by maintaining the threat to leave.

Furthermore, Xcel had shown a noted propensity, since Boulder left in 2010, to offer numerous “last-best-deals” only to follow them up with even better deals in subsequent offerings. To many of us, the take-home-point seemed to be: Why quit now? The deals only get better if you wait.

Clearly, this issue could have waited for a future local election — to a time without COVID-19 and without a concurrent national election requiring our full attention. But that didn’t happen. The initiative was placed on the ballot by Council — followed by a lot of local money and time being invested in the race.

You all know the rest. The franchise was ultimately endorsed by Boulder voters — not by a huge margin but clearly a win. Seriously,  no “sour grapes” here — the pro-franchise group ran a clever campaign, picked favorable circumstances under which to conduct it and won. Our franchise election is over and the voters have spoken.

We can all move on now and work towards achieving shared environmental goals, including 100% renewable-energy by 2030. As for collateral impacts from this (Democrats diverted from national-election efforts by this local issue) — that’s another matter.

Note that collateral damage in this case predominantly involves Democrats (which, of course, make up most of Boulder). Any Republicans who promoted the franchise ballot issue should be crowned as geniuses. After all, they successfully diverted Boulder’s predominantly Democratic population from important national races, while promoting the franchise they favored — a win-win opportunity.

For Boulder Democrats, on the other hand, it was at best a win-lose — no matter the franchise outcome, a predominance of Democrats would be diverted from useful work on the national election.

This is a big deal. How big? As an illustration, I personally spent more than $1,500 and several hundred hours on this local campaign — money and time that would have otherwise been fully dedicated to the national election. Multiply that by scores of other very dedicated Boulder Democrats who were “tied-up” by this local issue and you get an idea of the “firepower” Boulder diverted from a key national election this year — one where our help was very much needed.

Here’s a question for my fellow Democrats who promoted this as a ballot initiative: Would you still have promoted this if winning it had meant losing the U.S. presidency? Based on how close this national election has actually come, that’s not a particularly wild question.

Boulder’s ill-timed ballot measure is only one of many illustrations of how Democrats must become more strategic (I could provide Jill Stein or Ralph Nader as other examples, but that’s too obvious). I hope local Democrats get my point, because we have got to get much better at working together and thinking big.

There is some good news in all this for Democrats. For one thing, we got lucky and didn’t actually lose another close race for the presidency (at least not yet). Furthermore, by amazing good fortune we somehow currently have shots at two U.S. Senate seats in Georgia.

I am really hoping that all my local Democratic friends (on both sides of the franchise issue) will now work together and help win these seats. Phone-banking will be really important. This wins votes. Everyone needs to do some if we are to secure these key seats. I recommend weekend afternoons. (Web: “Mobilize.us Georgia”) Please send money as well. We can’t let the $100-million-plus our opponents are spending go unanswered.

Brad D. Segal is a retired chemist who has lived in Boulder for 40 years. His experience includes 17 years as a project manager and analyst with Boulder’s Municipal Water Utility.