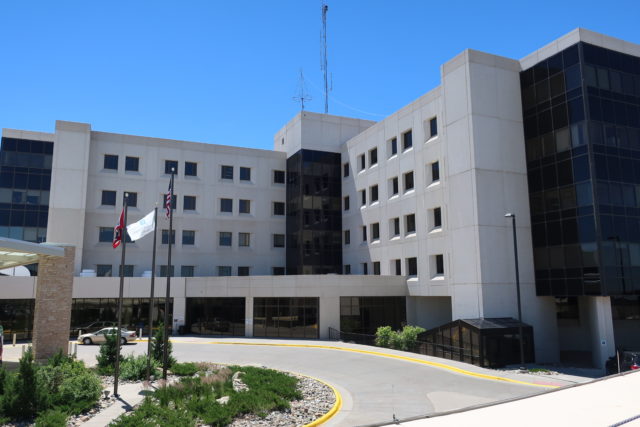 It gets tiresome staying at home (if you are able to) or wearing a mask and social distancing when encountering other humans. So you break the rules and go to a big party and get sick. Or maybe you don’t. Or maybe you catch the virus and don’t have symptoms so you don’t know you are infecting others.

It’s like Russian roulette. Recently, an indoor wedding and reception in Maine were linked by the state’s CDC to 147 cases and three deaths.

The United States may be the planet’s leading COVID-19 hot spot. The pandemic is out of control here. There is still no coordinated national strategy to contain the virus. It seems the Trump administration has implicitly adopted a “herd immunity” approach, which will lead to much more sickness and death.

This is a cruel Social Darwinist approach of killing off the old and the weak. It has a special appeal to white supremacists since black and brown people have been particularly vulnerable in this pandemic.

You might consider it to be “depraved heart” or “depraved indifference” mass murder. Those are legal terms for reckless acts committed by people who know their acts run a very high risk of causing death or serious bodily harm to others.

The COVID-19 crisis caused a recession, which has been comparable to the Great Depression of the 1930s. The Democratic-controlled House passed a COVID relief bill months ago and are willing to compromise. The Republican-controlled Senate under Mitch McConnell rejected that bill and hasn’t offered any adequate solutions.

A $600-per-week boost to federal unemployment benefits expired at the end of July because Senate Republicans thought the benefits were too generous. A recent Morning Consult survey revealed “the share of unemployed workers unable to cover their basic expenses with their unemployment benefits rose to 50% in August, or an estimated 8.3 million Americans.”

About 12 million people have lost employer-provided health insurance during the pandemic, according to a new study by the Economic Policy Institute (EPI). More than 6 million Americans who are unemployed lost health insurance they previously had through their work. But when you take into account spouses and children, the number of those affected more than doubles.

Many of them can’t afford premiums for coverage through the Affordable Care Act (Obamacare) or the program known as COBRA, which lets workers pay to continue their work-provided health benefits for a limited time period.

The EPI study by Josh Bivens and Ben Zipperer claims that it is crucial to unlink health insurance from holding a job. They argue:

“The most ambitious and transformational way to sever this link is to make the federal government the payer of first resort for all health care expenses — a  ‘single-payer’ plan. The federal government already is the primary insurer for all Americans over the age of 65 and for households with incomes low enough to qualify for Medicaid. The advantages of a single-payer system are large, both in ensuring consistent access to medical providers that households prefer and in restraining the often-rapid growth of health care costs.”

A single-payer bill (called “Improved Medicare for All”) is sponsored by a substantial number of Democrats in Congress. A majority of Americans are in favor of it in a number of public opinion polls. A survey of voters in the recent Democratic presidential primaries revealed a majority of them supported single-payer.

Bivens and Zipperer also argue that smaller steps can be important. That is Joe Biden’s approach.

He has a number of good proposals such as lowering the age for Medicare to 60 and enrolling those without job-based insurance into a “public option” plan.

The best proposal for the immediate situation has been provided by Sen. Bernie Sanders and Rep. Pramila Jayapal. They have introduced the Health Care Emergency Guarantee (HCEG) Act that would empower Medicare to cover all health care costs for the uninsured and all out-of-pocket expenses for those with insurance for the duration of the COVID-19 crisis.

For insured Americans, Medicare will improve the coverage of individuals who already have public or private insurance by paying the copays, deductibles or other out-of-pocket expenses for all medically necessary health care, including prescription drugs.

There will be no surprise billing or balanced billing. The federal government will pay the same price as the Veterans Administration for prescription drugs that are provided to individuals who are uninsured. Private insurers won’t be able to increase copayments and deductibles, or decrease coverage, merely because the federal government is picking up the bill.

The program will end when the Secretary of Health and Human Services certifies that an FDA-approved COVID-19 vaccination is widely available to the public. Hopefully we can at that point pass the Improved Medicare for All bill. We will join the developed world and health care will be a human right, not a commodity.