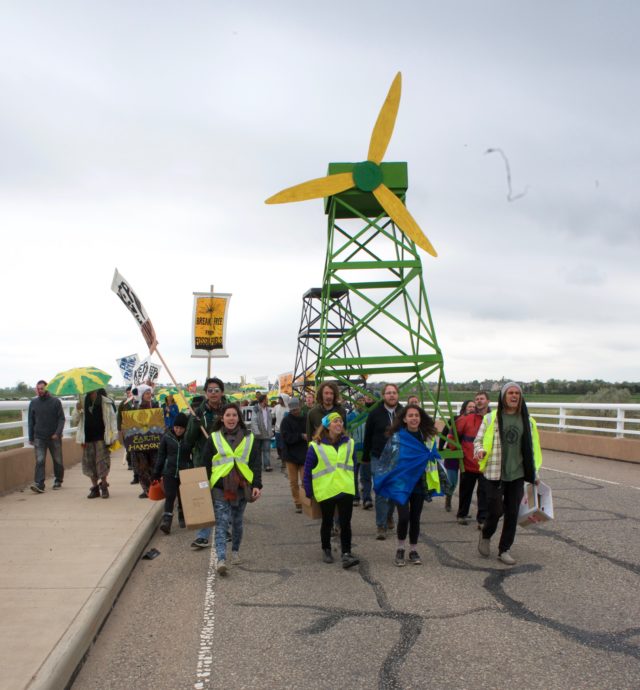 Yes, Virginia, there is a Santa Clause.

As of Wednesday Dec. 20, language for a new ballot measure aimed at putting increased setbacks for oil and gas operations on the November ballot has been sent to the state for approval.

This proposed ballot measure is being put forward by a local grassroots organization calling itself Colorado Rising and it would require a 2,500-foot buffer zone between oil and gas operations and occupied buildings such as homes, schools and hospitals, as well as from other vulnerable areas including playgrounds and drinking water supplies.

And you were wondering why the oil and gas industry is still spending millions to run all those inaccurate and annoying “fracking is good for your children” commercials. Now you know.

This ballot measure really is great news and a real holiday gift for the citizens of Colorado and particularly those in Boulder, Larimer, Broomfield, Adams and Weld counties, where the industry is trying to quickly push hundreds of new wells into our neighborhoods as quickly as possible before people can organize and stop the assault.

So you’re probably wondering: Can this set-back measure really gather the signatures and make the ballot this time around? The answer is absolutely.

We are in the midst of a full-scale anti-Trump, anti-establishment political party uprising. It’s no fluke that Bernie and his antifracking message won Colorado’s Democratic primary in 2016. And experts predict that come next fall, more progressives, led by energized younger voters, will be filling out more ballots than ever before in history. It will be a blue wave like no other we have seen. At least that’s true so long as establishment Dems are willing to get out of the way and not sabotage the whole thing… again.

That’s not an exaggeration. As this paper has been reporting for years, it has been the establishment Democrats and the Big Green environmental organizations that have actually worked behind the scenes to keep Colorado citizens from getting the right to vote on ballot measures that would protect them from the many harmful impacts of oil and gas extraction. It’s not rocket science, folks. These supposed progressive politicians and environmental organizations have become fat and more concerned with pleasing their corporate and billionaire donors than with protecting our health and environment. But we’re on to them now.

Their backroom, sellout strategies can’t stop this ballot measure in a year when we are taking back our government no matter who gets in our way, including the oil and gas industry and its political puppets.

Like I said, this time it’s going to be different. This time we are watching and we know who to watch. This time we will be naming names and reporting on exactly who is making the backroom deals to sell you out before it happens instead of after the fact. And yes, that is a threat and a promise.

Sharpen your pencils and get ready to sign that petition. Stay energized and no one can stop you this time around.