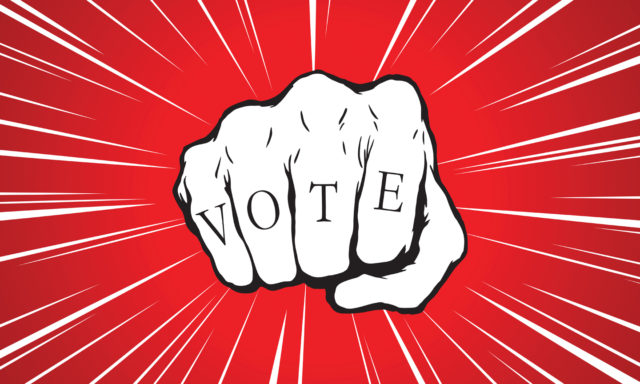 When comparing the 2016 presidential election to 1960, something bizarre stands out. Donald Trump won four more electoral votes than Kennedy in 1960, but in 2016 Hillary Clinton had three million more popular votes than Trump. Those crazy numbers are the reason I started looking for real answers. Here is the reason why Trump pulled off his victory:

Over the last 91 years, our Electoral College (EC) has become less and less relevant in terms of accurately reflecting population disbursement of the American electorate because it is frozen in time. It is directly linked today to a lack of adequate seats in our House of Representatives, affecting the number of electors in the EC.

Currently, a lot of my frustrated friends are on the Proposition 113 bandwagon, promoting a “National Popular Vote” guaranteeing the presidency to the candidate who wins the most votes nationwide, at the expense of the EC. With other compliant states, a National Popular Vote can “abolish” the EC without going through the tedious and (some say) politically impossible task of passing a constitutional amendment, requiring approval from 38 state legislatures.

The EC is disturbing for more than what meets the eye with election results. It is based on 1910 America; locked-in that way by Herbert Hoover and a Republican-controlled Congress when it passed the 1929 Reapportionment Act, setting the number of seats in the House of Representatives at 435; based on 1910 census data. Hoover and his allies used the more rural-friendly 1910 numbers, as America became more urbanized during World War I. By not using 1920 census data, growing U.S. cities were shortchanged in the number of congressional seats allocated with the 1929 legislation. This directly impacts the EC as it remains stuck with 435 House seats, plus three for Washington, D.C. and 100 Senate seats to arrive at the number of EC electors: 538, a number not adjusted for population growth now for nine decades. Since 1929, the nation’s population grew by more than 220 million.

Today we are far from taxation with equal representation.

Case in point: One can argue that the most powerful person in Congress today is not Nancy Pelosi, but Liz Cheney because, while they both have one vote, Cheyney represents 563,000 people from Wyoming, while Pelosi and all congressional representatives from California must represent roughly 730,000 in their congressional district. My Colorado Congressman Ed Perlmutter? 810,000 people. “Tiny” Delaware? 980,000. Montana? One representative for 1,016,000 people.

Following the 2020 census, Colorado will receive just one additional congressional seat, placing 725,000 people in one district. You can only do so much with 435 seats when they are redistributed every 10 years.

But according to the “Wyoming Rule” proposal, 112 seats would be added to the House, to move us closer to “taxation with equal representation” by making the standard representative-to-population ratio equal to the least populous state. This would add 112 electors to the EC, making it far more reflective of today’s world, instead of the 1910 version it reflects now.

With or without an EC, “The People’s House” is in dire need of overdue expansion. Some “Uncap the House” advocates today are tweeting/advocating a House of Representatives with 1,000 seats. I think the Wyoming Rule proposal, with 112 additional seats, is a more realistic number, but whatever the number, the main point is: something substantial has to happen if we are to return to a truly equal representative form of government.

The Founding Fathers established a House and Senate; the Senate to protect small states in Congress by having only two senators from each state; the House to adequately address population distribution. Since 1929, the principle of “representation by population” has slowly eroded. When compared to 2016, the EC results in 1960 were a better reflection of population distribution across the country, since the EC’s total count of  538 was only separated from the 1929 Reapportionment Act by three decades. Now, we are staring at nine decades of separation.

1910: A year that we still base the size of our Congress on and thus the number of EC electors we have, choosing our president. All it takes to add seats in Congress is simple majority approval by the House and Senate. Why this has not been addressed every 10 years with each census is puzzling, unless it has been allowed to flounder this way by design.

Ask your Congressional representatives why this situation has been allowed to fester for nine decades. With all the network and cable news “experts” we have, not one of them has mentioned this elephant in the room of American politics. Amazing!