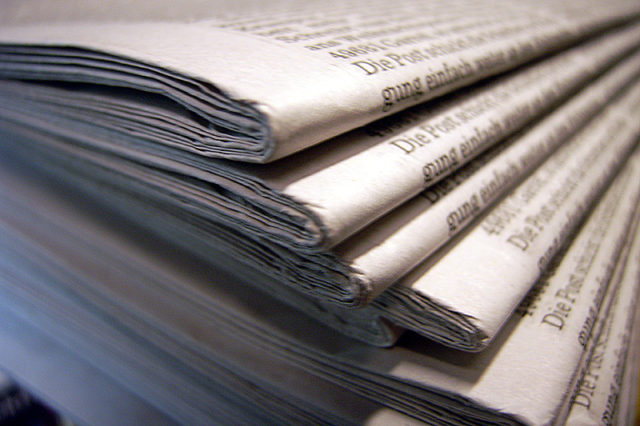 In Boulder, Colorado, we are learning to read the words that are not there.

I recently read Anthony Marra’s brilliant volume of linked stories, The Tsar of Love and Techno. It chronicles three generations of Chechnya over the past half-century. It’s a world of ordinary censorship, of hinterland bureaucrats, obliged to erase things that exist and insert things that do not, spending their lives obliterating the lives of others in patient expectation of the day when their own lives will be in turn obliterated. Along the way they make daily compromises to feed their families, commit private acts of rebellion, perform small mercies and even make secret works of art.

We in spring-like Boulder are miles away from Chechnya’s ruined dystopia.  But our local paper, the Boulder Daily Camera, is owned by hedge fund Alden Global Capital, which owns over 70 newspapers from the Boston Herald to the San Jose Mercury News. Last week, the Camera’s local publisher fired its editorial page editor for publishing a commentary — not in the paper itself, but on his own online blog — that criticized Alden’s practice of looting its newspaper holdings for cash.

Our Editorial Advisory Board — of which I’m a newly resigned member — sought to comment on Dave Krieger’s firing and were told we could not. The newspaper, that for weeks ran letters to the editor complaining of the cancellation of Blondie and Peanuts, has not run one letter touching on the Krieger matter. This silence joins a disturbing pattern — in Kingston, New York, the Daily Freeman’s editor has told its staff to erase from all news coverage any mention of parent company Alden’s management practices.

Instead, last Saturday, the Camera’s editorial page “reported” on the firing through omission and erasure.  Krieger’s name was missing from the masthead. Mine was missing from the Advisory Board roster. Whereas there are customarily five Advisory Board contributions, last Saturday only three appeared, the blank space filled with larger headlines and alternative copy. One had to “read” the story by understanding what was not there. This is how one develops the literacy of censorship.

Saturday afternoon, a dear friend in her 80s came to visit me. Her family left Germany in 1933. Her father was working for a literary newspaper during his postdoctoral year — it was the first outlet that Hitler closed. She arrived at my door, her face haunted. “This is how it begins,” she said. I gave her a cup of tea and reassured her that we are not there, and we are not going there — not on my generation’s watch. But I couldn’t calm the look in her eyes. In the morning paper she had seen ghosts.

In the face of this public pressure the Camera could not render visible, our Boulder City Council passed a resolution condemning Alden’s suppression of free speech and Krieger’s firing, and declaring the importance of independent media for the community. As a result, the Camera’s city staff writer, whose beat it is to cover the Council’s agenda, was able to run a small news item on the back page that covered the Krieger story — not for itself, but for Council’s proposed action addressing it.

Such are the small acts of provincial rebellion against central authority that might have featured in Marra’s stories. Indeed, given this unfolding drama, Marra could not have invented a more deliciously ironic name for our paper than the “Daily Camera.” We will see how the tale turns out.