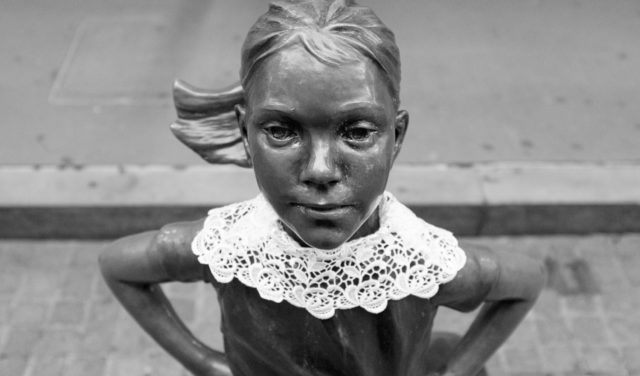 More than 200,000 Americans have died from COVID-19 and more than 32 million have lost their jobs. During the first quarter of 2020 alone, U.S. households lost an estimated $6.5 trillion in wealth.

Trump keeps saying that happy days are here again because the stock market has been doing well. This is because the Federal Reserve has used emergency measures to prop up the economy after the pandemic sparked a stock market crash.

Months ago, the Democratic-controlled U.S. House passed the Heroes Act, which would have helped state and local governments provide public services, maintain weekly $600 expanded unemployment payments, and pay out another round of $1,200 stimulus checks. The Republican-controlled U.S. Senate didn’t do anything until the last minute and then proposed a grotesquely pathetic “skinny” bill. Meanwhile, Senate Majority Leader Mitch McConnell has concentrated on confirming countless young, far-right federal judges to lifetime terms.

While no one was watching, the billionaire class has been making out like bandits. Since March 18 (the beginning of the pandemic lockdowns), America’s 467 U.S. billionaires have seen their wealth increase by more than $730 billion, or 30%, according to an analysis of Forbes data by Americans for Tax Fairness and the Institute for Policy Studies.

While many people have stayed at home and shopped online, the online giant Amazon has made an incredible amount of money. A new Public Citizen report shows how Amazon has set prices for essential products during the pandemic crisis at levels that would violate price-gouging laws in many states, and marked up some products by as much as 1,000%.

Amazon CEO Jeff Bezos has seen his personal wealth increase by $48 billion between March and June alone. He is now the first person on the planet to be worth $200 billion. Oxfam estimates that Bezos could give all his 876,000 Amazon employees a one-time $105,000 bonus and still have as much money as he had before the pandemic.

While the frontline people in health care — nurses, doctors, orderlies, physician assistants — have been working long hours and risking their lives, life has been splendid for the big shots. Axios reports that the “vast majority” of health care companies “are reporting profits that many people assumed would not have been possible as the pandemic raged on.”

The insurance companies are enjoying earnings “double what they were a year ago” according to a New York Times analysis. While continuing to collect regular premiums from Americans they insure, insurance companies paid out much less for claims on normal ailments.

Big Pharma might be the biggest winner. Sharon Lerner, writing in The Intercept, notes:

“The ability to make money off of pharmaceuticals is already uniquely large in the U.S., which lacks the basic price controls other countries have, giving drug companies more freedom over setting prices for their products than anywhere else in the world.”

In April, a number of House Democrats announced a plan to ensure that drugs and vaccines for COVID-19 are affordable and accessible to all. Quickly and quietly, a well-funded coalition of right-wing groups began working to stop them.

In August, Sen. Bernie Sanders introduced a plan to tax the “obscene wealth gains” of billionaires during the pandemic so that all Americans would be guaranteed to have health care for a year.

Sanders co-sponsored the “Make Billionaires Pay Act” with Democratic Senators Kirsten Gillibrand and Ed Markey. It would tax 60% of the increase in the net worth of the country’s richest people starting from March 18 through the end of the year.

The bill would “empower” Medicare to pay the out-of-pocket health care expenses for all Americans, including prescription-drug costs.

This is more than fair since, as Bernie says, “thanks to President Trump’s tax giveaway to the rich signed into law a few years ago, billionaires now pay a lower effective tax rate than teachers, nurses, firefighters or truck drivers.”

Bernie comforted those who may think that the tax is too big. He said, “Even after paying this tax, these 467 billionaires will still come out ahead by $310 billion. Trust me. Their families will survive.”

Just think of the bill as an act of “tough love.”

Amendment B saves schools, counties and neighborhoods from funding freefall