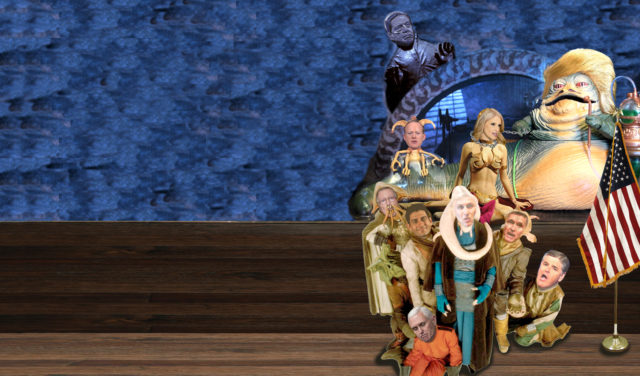 Warning: I wrote this at 4 a.m. while feeling pretty angry and cynical, so read on at your own peril.

I really do love my country, but it’s getting harder to do so everyday. Frankly, I’m embarrassed by our political and moral ineptitude. And no, this isn’t an anti-Trump rant though he and all he stands for are certainly part of the problem.

I’ll go a step further; if you are feeling pretty good about our country as we approach this Fourth of July holiday… there’s something wrong with you.

A lot of things are wearing on me as I’m sure they are on you. The racism in our country is appalling. Yes, it’s always been there, and for much of our history it’s been worse than it is today. But here we are in 2017 with young black men still being gunned down in our streets by law enforcement at an alarming rate, and juries are still unwilling to convict the shooters in these crimes even when confronted with indisputable evidence.

And racism is the only explanation for why we are rounding up undocumented mothers and fathers and deporting them with no consideration of the impact it’s having on the families we are tearing apart. It is truly cruel and unusual punishment for the crime of dreaming of a better life where your family doesn’t have to live in horrific poverty and go hungry. Which of us wouldn’t cross an invisible border to feed or otherwise save our children? If you raised your hand, you are a liar or a despicable human being.

Remember, I warned you.

And then there’s the way we are treating our Muslim neighbors. I can’t imagine how I’d feel if I was in their shoes. I can tell you I’d be as angry as I would be scared. We talk about these folks as if they are an invasive species akin to fire ants and killer bees, a problem to be eradicated. It’s an old story. In every war we dehumanize the enemy in order to allow our minds to cope with the horror of killing other human beings. But we are not at war with Muslims, an important fact that seems to have escaped tens of millions of our fellow U.S. citizens.

And lets not forget the new, almost daily assaults on the hard-won rights of the LGBTQ community.

In short, our ugliness as a nation is showing. We’ve gone mad.

That said, it’s health care that’s keeping me awake this night. Not because it’s more important than all the other problems confronting our country, it’s just the one hitting my life the hardest right now.

You know what pisses me off? It’s watching all the people who are fighting for their very lives due to illness telling their elected representatives and the TV cameras how thankful they are for the Affordable Care Act (ACA) and how they would likely be dead without it and may well die if Republicans repeal it and replace it with a tax cut for the richest among us.

The reason that angers me is because it’s true. I know it’s true because it is true for my family. We are living under the shadow of cancer everyday. But good Lord, let’s put the ACA into perspective. If the Republicans weren’t literally proposing a draconian plan that will result in the deaths of a quarter of a million people while causing 22 million of us to lose our coverage, would we be praising Obamacare?

The ACA did nothing more than give the United States the most expensive, least comprehensive health care system in the industrialized world. It only looks good when compared to the murderous alternative being offered to replace it.

Let me selfishly complain for a moment. My current insurance for my three-member family costs $18,000 per year and that is for the privilege of having a plan with a $6,500 deductible for each of us. In addition, we spend many thousands more for lifesaving drugs every year on top of that, drugs that literally keep us alive on a daily basis. Add it all together and my family’s annual health care bill, under the current ACA, is almost identical to my after-tax, annual take-home pay. By the grace of God we can actually afford to pay our bills and live comfortably. In that sense we are far better off than millions of other Americans.

Don’t get me wrong, we are thankful for the ACA in that we can’t be dropped because of preexisting conditions. But come on, people. Stop acting like the Democrats did something noble when they gave us the ACA. They controlled both houses of Congress and the White House. The reason we didn’t get a single-payer system like the rest of the world has is because the Democrats are just as owned by Big Pharma and the health care industry as their Republican counterparts. Just check out the campaign contributions to your Colorado members of Congress. It doesn’t matter if it’s super-progressive Diana DeGette or the M-16-toting Ken Buck, the drug and health care money are what fills the campaign coffers.

And did I mention that the same year my health care premiums doubled, the CEO of the insurance company who jacked up the price was paid $83 million in annual compensation for all his hard work? Wouldn’t want to leave that out.

And now Democrats, in light of this horrific Republican attempt to roll back health care to the dark ages, have the audacity to expect me to sing the praises of the ACA. Well I won’t do it. It’s still the second worst plan ever proposed, and it does not treat health care as the right of every person that it is.

So why can’t I sleep? Because if the Republicans are successful at repealing the ACA it is estimated that my health care plan — due to our age and preexisting conditions — could cost as much as $135,000 per year, which is to say far more than my family’s combined after-tax income.

Our alternatives are few and far between should that happen. We can either stay here in the U.S. and likely die in poverty or we can move to a civilized nation.

No, that’s not an exaggeration. Those are our choices if Republicans succeed at replacing our horrible, immoral ACA coverage with a tax break for billionaires. We have already been researching the countries where we can either invest in or start a business that hires a few local employees, a process that would thereby qualify us to immediately be covered by another country’s universal health care. Our current best alternatives seem to be Canada, New Zealand, Ireland and Slovenia.

The good news is we have a little time no matter what happens because of the spineless nature of those in Congress who simply don’t have the guts to make their health care changes immediate. They always phase things out over four years or so in order to aid in their reelection by allowing time to distance themselves from their selfish, in this case, murderous actions. Perhaps this lack of a spine will buy enough time to allow voters to demand universal health care by 2020. But I won’t hold my breath.

After all, I live in a country filled with so many politically ignorant people that corporations and billionaires can generally convince people to vote against their own interests simply by spending a few million bucks on 30-second TV ads that lie. Oh, and the media folks won’t tell you they are lying because then they wouldn’t get the millions of bucks for the ads. Great system of checks and balances, right?

Remember I warned you about the cynicism.

Just do me one favor: don’t be duped. Health care is not a Democrat versus Republican problem. It is an us versus a corrupt two-party system wherein both sides of the aisle are being funded by billionaires and corporations in exchange for maintaining a broken system that puts profits ahead of our right to health care.

So you tell me; just how patriotic should I be feeling this Independence Day? How proud should I be to live in a country that would kill members of my family to increase corporate profits or at best exile me to another country in order to get the health care we need to stay alive? (Please feel free to mentally insert every foul word you know at this point.)

Yep, it’s getting really hard to recognize this place.