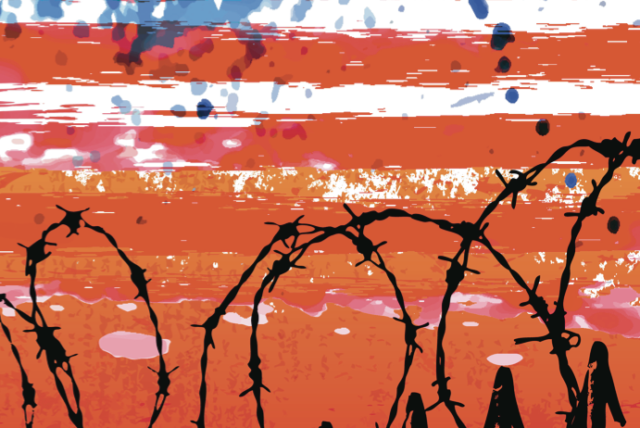 Trump may not have seemed like a “normal” Republican when he ran for president, but he now has a 90 percent job approval rating among Republicans. He is a dream come true for the different factions of the right-wing whether it’s the big business Social Darwinists or the white nationalist or the theocratic Christians.

He created a crisis by breaking up families and kidnapping children at the border. He claimed he was saving ordinary Americans from violent criminals “infesting” the country. While this was going on, Trump and his party have been quietly undermining the social safety net and government regulations which are popular with those ordinary Americans.

(As usual, Trump is lying. Immigrants — whether they are legal or undocumented — have significantly lower crime rates than native-born people according to criminal conviction data.)

This is a deliberate political strategy for the November elections. It might work. We have become a society of segmented ideological silos. If you accept Fox News’ “alternate facts,” Trump might be the greatest president ever.

Susan B. Glasser of The New Yorker thinks Trump’s cruel stunt might work. She says that “hours before he pulled the plug on his Administration’s policy (of separating families), and after weeks of other controversies, Trump hit his highest approval ratings since his Inauguration. According to Gallup, forty-five per cent of Americans approved of the job he was doing, which is still a low figure by historical standards, but is arguably strikingly high for such a divisive figure. The President’s endless bashing of undocumented immigrants and his vow to toughen ‘Boarder security,’ as he spelled it in a recent tweet, is a key reason.”

Republican pollster Kristen Soltis Anderson told Glasser that Trump has a “freakishly stable” approval rating and voter enthusiasm for him among Republican voters remains strong. A veteran Democratic pollster (who preferred to be anonymous) said Trump’s decision to continue talking about illegal immigration is smart. “On most issues, whether health care or taxes or the general mood, the Republicans are in a bad place,” the pollster said. “This is their one wedge issue that actually works for them.”

Many working people — and not just white folks — are worried that immigration reduces the value of their labor power. Economic researchers disagree or say it is a minor temporary factor for certain groups. But fear is a funny thing when people feel their way of life is disappearing. The traditional boundaries of race, gender and sexuality have been seriously challenged. Then the Great Recession in 2008 made the economic lives of almost everyone more precarious, not just working people.

Trump may be an idiot but he has a special cunning. He can smell fear and he knows how to stir it up with buzzwords repeated over and over. Trump’s appeal in the 2016 election was not predominately economic. The most economically vulnerable people voted for Clinton by a wide margin. But an awful lot of them didn’t vote at all. That’s not a new development.

However, Trump won a majority of votes among whites in every income category. The most relevant factor for Trump supporters was not their income or education but their racial resentment — a tendency to see non-whites as the cause of economic problems.

The coming election season will likely be wild and crazy. A Pew Research Center survey released this month shows that enthusiasm about the midterm elections is at its highest point in at least 20 years. Many people in both parties say Trump will be a big factor in their vote. Voters will also be driven by the battle over control of both chambers of Congress.

Right after Trump’s inauguration, a “Resistance” arose in the streets and we saw the largest-ever demonstrations in America’s history. Trump has said he wants every day to be a reality TV show in which he vanquishes a foe. That has pretty much happened. He dominates every news cycle while chaos and confusion reign. It is exhausting.

It’s tiresome being outraged all the time but we have to pay attention. Our terribly flawed democracy is in danger. The GOP now represents a far right authoritarian “populism” that needs to be taken as seriously as fascism in the 1930s. They need to be soundly defeated.