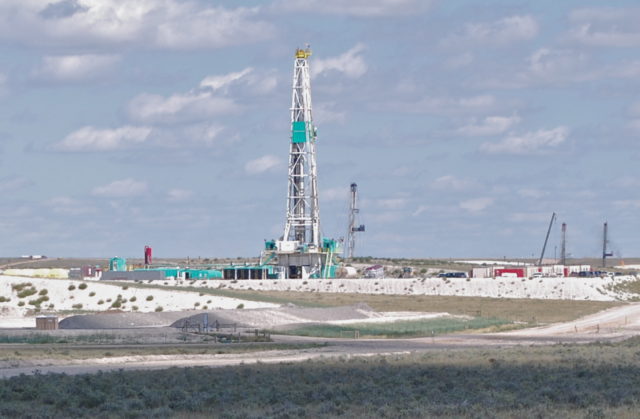 Put your ear to the ground on a piece of Boulder County open space and you can hear a couple of things heading your way: the rumble of approaching oil and gas rigs and the sound of thousands of anti-fracking protestors heading out to greet them. It seems inevitable at this point that the two will meet in the not-so-distant future somewhere in the middle of our protected, taxpayer-funded, open space lands.

As Matt Cortina’s news piece this week points out, this coming conflict is not lost on County staff at the Parks and Open Space Department nor within the ranks of our County Commissioners. But what the County’s actions of late do seem to illuminate is the tendency within our County government for the tail to wag the dog. And if the recent conversations within County government are an indicator of what our open space overseers are preparing for when the rigs roll in, they are likely very out of touch and ill-prepared for what is coming their way.

What occurred with regard to the recent attempt by County staff to create a new system of fines for those protesting oil and gas operations — and let’s not pretend that these regulations were aimed at anyone other than anti-fracking activists — should not be shocking to anyone. While some will try to explain this latest meat-handed attempt to add additional fines for protestors as a subversive move by the Commissioners, it’s really more a reflection of the long existing tug of war within Boulder County government. We’ve seen the same Commissioner/staff position variances when it comes to GMOs, water, organic farms and other oil and gas issues.

The Commissioners have to be responsive to the voters to keep their job and therefore tend to take more progressive positions on key issues than staff who have no need to align their positions with the electorate.

I suspect now that a little light has been shown on the situation, the communication between the more oil-industry-friendly staff and the more public-opinion-oriented Commissioners will improve when it comes to the question of what to do about anti-fracking protestors.

Unfortunately, I believe both staff and the Commissioners are failing to grasp what is headed their way. They seem to think that providing a place for a couple hundred people to stand and wave their protest signs will suffice as the drilling rigs and thousands of trucks carrying deadly chemicals roll by on their way to permanently destroy our public lands, our health and our quality of life. It won’t.

From my experience, the threat of $75 fines for protesting or $150 fines for trespassing wouldn’t have done much to end the human rights struggle against oil and gas extraction we saw at Standing Rock, a struggle that continues to this day. And they won’t do much to stop what likely lies ahead as Boulder County races toward a similar fight.