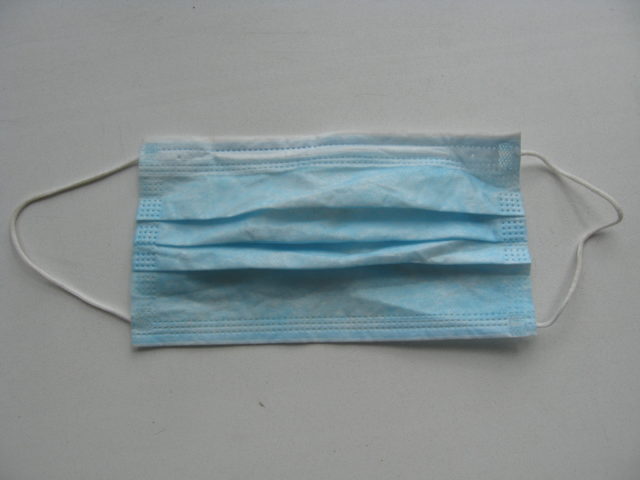 The abject failure of our leadership in Washington has become increasingly clear as we struggle through the current crisis. While Trump and his co-conspirators have wasted valuable time attempting to assess and minimize the political cost, the number of COVID-19 cases requiring hospitalization has swelled to the point where desperately needed supplies and equipment needed to treat patients and protect caregivers are inadequate to meet the demand. One outcome of our federal government’s negligence in this regard will be the many heart-rending decisions doctors will be forced to make with respect to who will live and who will die.

Most recently, the conversation has turned to comparisons between loss of life and the economic losses that are mounting by the day under the weight of necessary closures of businesses and increasing numbers of stay-at-home orders. While there is certainly a macabre logic to a medical protocol that prioritizes the lives of the young and healthy, we should be appalled by allusions to acceptable casualties among the elderly, and others at higher risk for infection, that would enable the rest of us to get back to work.

By now there are few among the well-informed who fail to understand that social distancing is our best strategy in the fight against this hidden killer. But with economic and political pressures mounting, Trump and the Conservative Right support a plan to isolate certain groups — both from society and, if necessary, from medical treatment — thereby allowing those who are likely to survive infection to return to a more normal way of life. This smacks of the cruelty that places economic considerations ahead of humane ones, particularly where the elderly are concerned, and we must stand up to it in the most robust manner possible.

One of the factors that drives this approach is a shameless disregard for the value of the elderly among us, which is symptomatic of something that is horribly broken in our culture. Instead of dividing ourselves into geographic and demographic groups with varying rules about social distancing, we must all join together and commit to protecting the lives of the elderly and all of those whose physical abilities to fend off this viral infection may be compromised. To do otherwise is to miss one of the most obvious realities of this event: Viruses are blind to color, race, religion, politics, gender and age. Put simply, where the coronavirus is concerned, we are all the same. And the lesson we are being called to learn here is that we must treat everyone as having equal value. With respect to the elderly, and all those who are at higher risk, our approach should be to create a protective safety net around them, rather than to isolate them or allow them to perish to protect ourselves financially.

Moreover, in this situation, as in many others, we should be availing ourselves of the guidance of our elders, rather than disregarding them. My dad turned 90 years old in January and, while in good health, he is among the most vulnerable in our midst. We had made plans for him to drive to Las Vegas from Southern California earlier this month to watch me play in the MSBL (Men’s Senior Baseball League) Kickoff Classic tournament, as he does every year. Against my objections that he would be exposed to very few people and that there were only two COVID-19 cases in the entire state of Nevada at that time, he decided to stay home. In a text message to me during the tournament he said, “I am amazed your tournament wasn’t cancelled. What planet are you on? You don’t seem to understand this event.”

My dad was a small child during the Great Depression, and lived through World War II and the Holocaust, the advent of the nuclear age and the Cold War, the polio epidemic (which, by the way, peaked in 1952 with more than 57,000 cases and just over 3,000 deaths), the moon landing, the Vietnam War, Watergate, two oil crises, the fall of the Berlin Wall, 9/11, the Great Recession, and numerous other pivotal moments in history. As a resident of this planet for almost an entire century, his perspective has a certain inherent authority.

When our elders tell us, “you don’t seem to understand this event,” we should listen carefully and take heed of their wisdom and experience. Although they no longer produce or consume at the rate our economically obsessed culture requires, our elders have value that far exceeds their purchasing power, and we should be embracing them (not literally, of course), rather than marginalizing them.

Of course, this approach may delay the appearance of the “resume speed” sign we are all, understandably, impatiently waiting for. And that is certainly a problem, as many businesses are struggling and untold numbers of people have lost their jobs (including some of our staff here at the Weekly). But viewing the most vulnerable among us as possible “collateral damage” is a solution that should be taken off the table as being unacceptable for a civilized society. Instead, we should remain united and marshal any and all creative energies we can to develop better solutions.

My dad was right about the coronavirus, and he was right about something that occurred almost three-and-a-half years ago, too. In the immediate aftermath of the 2016 election, I was trying to put a positive spin on the horrifying result. “We endured eight years of George W. Bush; we survived eight years of Ronald Reagan; we got through the presidency of Richard Nixon. We’ll get through four years of Donald Trump.” To which my dad replied, “This is different. This guy is dangerous!”

Earlier this month, a piece by Richard Wolff in The Guardian confirmed this sentiment. The article, entitled “The sick joke of Donald Trump’s presidency isn’t funny any more,” makes the irrefutable point that “the coronavirus outbreak has revealed the full stupidity, incompetence and selfishness of the president to deadly effect.”

We must resist Trump’s predisposition to ignore the consensus of medical experts and prematurely lift stay-at-home orders until the evidence is clear that we have gained the upper hand in this battle. Do not be misled by Trump’s most recent political calculation that resulted in an extension of our social distancing protocol through the end of April; the health of the economy and its relationship to his reelection campaign will continue to be his sole priority, and this will be reflected in his policies.

Perhaps more importantly, it is imperative that we recognize and counter the ongoing and transparent “divide and conquer” strategy of the Trump administration with a commitment to unity. Our primary focus needs to be the protection of the most vulnerable among us, beginning with our elderly, and not the economy. The values of 401k plans and stock portfolios can be restored; the lives, experience and wisdom of our senior citizens cannot.