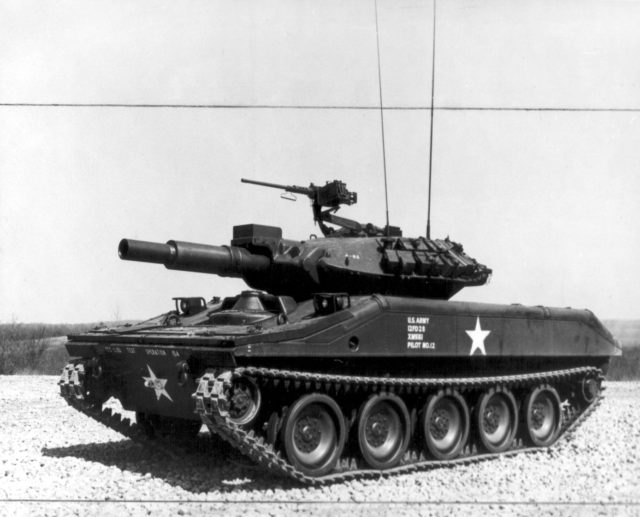 Wikimedia Commons/Department of the Army

I’ll say this as delicately as I can: Anyone who thinks it’s patriotic to roll tanks down our National Mall on the Fourth of July to pleasure the unquenchable ego of a dangerously authoritarian president is… wrong… really, really, effing wrong.

It is the opposite of patriotism in this country.

Not since Harry Truman made an appearance at our nation’s Independence Day celebration in Washington D.C.  68 years ago has a sitting president of the United States dared to show his face at this event for fear of turning it into something political or worse, partisan.

But this year’s Trumpian festivities will end all such sensibilities in a grand fashion, befitting a man who craps in a golden toilet, spends an average of $3.5 million of your money on every round of golf he plays all while torturing less fortunate people who have asked us for help at our southern border.

The only salute this Trump parade inspires in me involves but a single finger — two if I use both hands.

The wasteful military-style honoring of himself that Donald Trump has planned for this year’s festivities are an insult to the modern values of this nation.

But what should we have expected.

After all, Trump spent $12,000 on portraits of himself to hang in his resorts. (Actually he spent $12,000 that other people had donated to his fake charity to buy the portraits, but why quibble?) For this year’s July 4 venture in vanity, Trump is wasting no less than $17 million that you donated to the U.S. Treasury. And he’s taking it out of the National Park Service budget that has already been devastated, causing layoffs and badly diminishing the protections for our national parks and the endangered species that call them home.

If you want to turn your Fourth of July into another episode of Celebrity President — all while singing the praises of political gluttony, racism and authoritarianism — then watch away to your little, very little, heart’s content.

As for me, I’m going to skip this latest reality TV show, pop a cold one and think about ways to make America sane and not embarrassing again.

Does MASANEA fit on a hat?