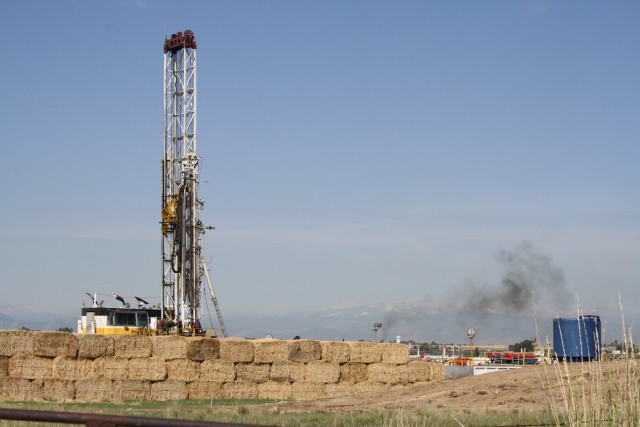 In Colorado, politicians gave up the idea of sane conversation regarding oil and gas drilling, climate change and the general preservation of the environment some time ago. It’s really no mystery. As the fossil fuel industry was welcomed to the state with bipartisan public relations campaigns, the world scientific community was issuing alarms about the survival of the very planet. Undeterred and faithful to their party leadership, various administrators from the state down to the municipal level took up their scripts with varying degrees of enthusiasm. This has played out with increasing contradiction and death defying logic across the state up until the present moment.

The latest officials to advance this industry-oriented narrative are the Boulder County Commissioners. On March 23, Elise Jones, Cindy Domenico and Deb Garner, all calling themselves, “environmentalists” of one kind or another, voted in favor of regulations that champion the drilling of at least 1,800 oil and gas wells across Boulder County. To be sure, they are selling these talking points hard, with glowing quotes from each commissioner that call the regulations “comprehensive,” “inclusive” and “protective.” The only problem is that the regulations have no basis in scientific reality. Every commissioner admits within their script that instead of comprehensive protection of the people, the environment and our climate, the priority of the regulations was to appease the state and the industry that controls it.

The commissioners are once again attempting to turn Boulder County into a major industrial center, a leading producer of ozone pollution, volatile organic compounds, and greenhouse gas emissions. They’re not alone either. While Donald Trump denies climate change at the nation’s capital, the commissioners are about to deny it here in Boulder County. Have no fear. While the drilling will contribute to a full spectrum of human health problems and environmental destruction, it’ll at least not significantly offend Anadarko Petroleum and the state legislature.

It’s no different at the state capital either, which is of course where any conscientious person addressing the commissioners on this topic is sent to find remedy. In the same year Dr. Lisa McKenzie found that children living within 10 miles of oil and gas activity are at significantly increased risk for childhood leukemia, State Representative Mike Foote introduced legislation to protect youth by moving wells away from schools. The setback distance, which he argues is going to ease the toxic burden, is less than a quarter mile. It makes for a decent feel good measure at least, as it’s likely Foote doesn’t even expect the measure to pass. As long ago as 2013, he told concerned residents of Lafayette, “Nothing passes the Colorado legislature that oil and gas does not want passed.”

Fortunately, people in growing numbers are rejecting the insane conversations of 21st-century Republican Party climate denial and the regular Democratic Party enabling of the fossil fuel industry. Boulder County residents in particular haven’t been able to fully drink this Kool-Aid and new rounds of thoughtful, conscientious and informed organizing is taking place. People, perhaps growing impatient with the comprehensive lack of answers from politicians, or perhaps taking up the spirit galvanized at Standing Rock are beginning to train in nonviolent civil disobedience. Across the eastern county and in the city of Boulder itself, people are learning and ready to say, “No more.”

If the commissioners are committed to administering the destruction of the County, they’ll have to do so by employing acts of violence and legal coercion against Boulder County residents through the same police force their tax dollars fund. These are the traditional means to break people in times of great social contradiction, and it will place the commissioners in the same historic role as other officials presiding over such times. Respecting the state and industry, when people are no longer willing to play along, carry their own costs.

To all of those ready to fight like your lives depend on it and protect Boulder County from the drills and the administrators giving them open space, thank you. In these times the world needs you more than ever. To those of you wondering what it means to join a genuine movement, we hope to find you at our side.