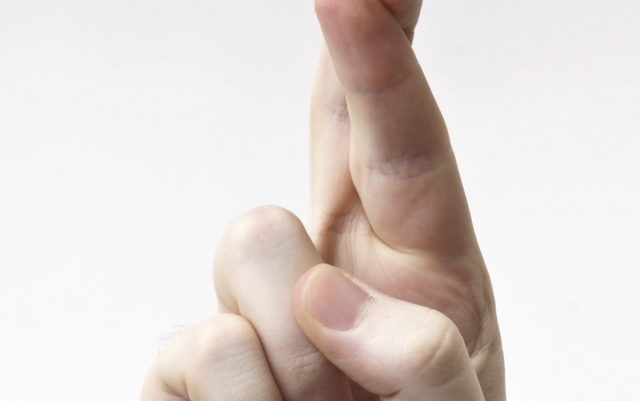 Shortly after the Boulder County Commissioners voted to ban GMO crops from Boulder County Open Space (in March 2016), it occurred to them that it might be a good idea to do some research on the organic agricultural practices they expected to see used after the ban kicked in.

And to ensure that the research didn’t unearth any inconvenient truths or unpleasant surprises that might undermine the ban, the Commissioners — or more to the point Commissioners Elise Jones and Deb Gardner — decided they would get the pro-organic Rodale Institute to do the research.

Jones and Gardner spent the summer romancing the Rodale Institute, which enthusiastically returned their advances.

For example, On July 8, 2016 Annie Brown, the Rodale Institute’s development director, sent an ebullient memo to Elise Jones which made it sound like a Rodale-Boulder County deal was all but done.

In the memo Brown 1) suggested that the research institute could be called the “Boulder County and Rodale Institute’s Resource Center for Regenerative Agriculture,” 2) attached an “initial Regional Resource Center brochure created by Rodale Institute,” and 3) revealed that “we have already received initial funding from a local individual who is vested in the regenerative/organic agriculture movement in the county, and we are confident that we will very quickly be able to raise additional funds from other local entities.”

(The last point should have raised red flags. In other words, the putative institute was getting funding from an anonymous third party who had “vested” interests in local organic agriculture. Just what is the nature and extent of those “vested” interests?)

The memo ended with Brown saying Rodale needed to know when it can expect Boulder County “to green light this initiative and what that formal commitment looks like” and “what type of financial commitment we can expect from the county.”

By September, the resource center concept had evolved to include Colorado State University partnering with Rodale to run the center. At a Sept. 20 county commissioner candidate forum (at which I was a participant as a candidate) Jones and Gardner raised the idea, calling for “bringing in additional expertise from CSU” and repeatedly saying they wanted to partner with both CSU and Rodale.

I wondered at the time if they were planning to award a contract to Rodale and CSU without going through a competitive bidding process as required by County procurement rules, but the structure of the forum didn’t provide an opportunity to raise the point before we moved on.

Since both Jones and Gardner were incumbent Commissioners, it’s hard to believe they weren’t aware of the competitive bid requirement.

Evidently they didn’t figure out that ignoring it would cause the shit to hit the fan until a few days before a Nov. 30, 2016 meeting where they were to adopt a “Draft Transition Plan” for eliminating GMO crops from County land. The draft plan explicitly spoke to Boulder County partnering with Rodale and CSU.

Two days before the meeting, Jones sent an e-mail to Dr. Eugene Kelly, deputy director of CSU’s Agricultural Experimental Station, informing him that while she was “really excited about partnering with you and CSU on sustainable ag research,” Boulder County’s “good government processes” would require it “to do an RFP [request for proposal] on sustainable ag research partners…” — or more plainly, start the process of putting the institute project up for competitive bid.

At the Wednesday hearing (Nov. 30, 2016) the Commissioners authorized the preparation of a Request for Proposal (RFP) for the research center.

But that didn’t keep Jones from stating several more times during the meeting that she looked forward to partnering with CSU and Rodale.

So rather than accept the Mountain High Research bid, the Commissioners rejected both and told staff to prepare a second RFP.

The second RFP looked a lot like the first RFP with minor changes. This time CSU bid without listing Rodale as a partner. Mountain High Research didn’t bid. But a different second bidder showed up; Western Sugar Cooperative of Fort Morgan, whose members include Boulder County sugar beet growers, who stand to get the boot from Boulder County open space because all sugar beets grown in the U.S. are GMO varieties.

But now a second, even more serious snag emerged. It turned out that the first RFP, and by extension the core parts of the second one, had been written by Adrian Card, the agricultural extension agent for Boulder County. CSU runs the Boulder County Agricultural Extension, and Card is an employee of CSU.

Which means that a CSU employee was involved in writing the RFP that CSU was bidding on. And that, whether by accident or design, is a conflict of interest.

All of this became public because Ted Bendelow, an attorney for the farmers Jones and Gardner are trying to screw and a former Democratic state legislator, filed a Colorado Open Records Act (CORA) action to obtain the relevant Jones, Gardner and County staff e-mails — which paint a vivid picture of collusion.

Bendelow recently wrote to Boulder County demanding that CSU be disqualified as a bidder for the research institute and that Jones be required to recuse herself from the decision.

He should have gone farther and demanded a special counsel to investigate the conduct of Jones and Gardner going back to their original decision to ban GMOs from County open space. Both their e-mails and the public record is shot through with evidence of a pattern of collusion. The Trump-Russia investigation was started over less.