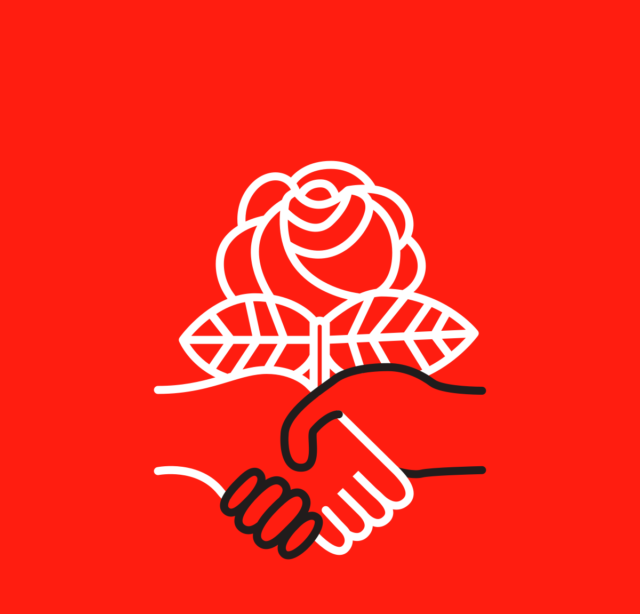 Alexandria Ocasio-Cortez didn’t expect to become a “Democratic giant slayer” as the New York Times would call her. The 28-year-old bartender and waitress from the Bronx was running in a primary against Joe Crowley, a 10-term incumbent and one of the most powerful Democrats in the U.S. House. He was a leading contender to become the next Speaker of the House.

Crowley outspent Ocasio-Cortez 10-to-1, burning up more than $3 million on the race. His donors included Facebook, Google, JP Morgan, Citigroup, Viacom, Lockheed Martin and Blackrock. But Crowley would lose by a 57-42 percent margin.

The main differences between them were on issues of economic and racial justice. Ocasio-Cortez had been an organizer for the Bernie Sanders campaign and a member of Democratic Socialists of America (DSA). Crowley was a liberal, but the more corporate-friendly kind.

Ocasio-Cortez was recruited to run by the Bernie-inspired Brand New Congress (BNC) after she returned from an encampment at Standing Rock in late 2016, where she was demonstrating to protect Native rights and stop the Dakota Access Pipeline. She had an army of door-knocking and phone calling activists from DSA, Black Lives Matter and Muslims for Progress as well as BNC and two other Bernie-inspired groups, Justice Democrats and Our Revolution.

Her platform was refreshingly bold: Medicare for All, a Green New Deal, a federal jobs guarantee, the human right to housing, free public college, a Marshall Plan for Puerto Rico, an end to for-profit private prisons, demilitarizing the police and abolishing Immigration and Customs Enforcement (ICE).

All of a sudden, Ocasio-Cortez was on numerous TV shows and profiled in magazine and newspaper articles. Stephen Colbert on The Late Show asked her what she meant when she said she was a democratic socialist. She explained:

“I believe that in a modern, moral and wealthy society, no person in America should be too poor to live. What that means to me is health care as a human right, it means that every child, no matter where you are born, should have access to a college or trade-school education if they so choose it. I think that no person should be homeless if we have public structures or public policy to allow for people to have homes and food and lead a dignified life in the United States.”

House Minority Leader Nancy Pelosi was asked if socialism was “ascendant” in the Democratic Party. She said no. She paused and added, “it’s ascendant in that district perhaps. But I don’t accept any characterization of our party presented by the Republicans. So let me reject that right now.”

Her reaction was understandable. For decades, even quite conservative Democrats have been called “socialists.” The word has been used as a swear word. But times are changing. Bernie is the most popular politician in the country. A 2016 Gallup poll revealed that 35 percent of Americans had a favorable view of “socialism.”

Interestingly, Democrats in that poll viewed “socialism” just slightly more favorably than “capitalism.” However, an overwhelmingly majority of Democrats and Republicans were favorable to “free enterprise” and “entrepreneurs.”

In a different survey, nearly six in 10 Democratic primary voters in 2016 said socialism had a “positive impact on society,” and four in 10 Democratic caucus-goers in Iowa described themselves as socialists (that included some Hillary Clinton supporters).

A number of polls show that socialism is increasingly popular among younger Americans. That’s a big reason why DSA has grown from 6,000 members in 2015 to 43,000 today. There are 220 local chapters and at least 35 DSA members have been elected to public office around the country. They ran as Democrats.

Political scientist Corey Robin has noted that in the wake of Ocasio-Cortez’s victory, “there’s been a dramatic shift in mainstream liberal opinion — in the media, on social media, among politicians, activists and citizens — toward Bernie Sanders–style positions. People who were lambasting that kind of politics in 2016 are now embracing it — without remarking upon the change, without explaining it, leaving the impression that this is what they believed all along.”

He says “this causes no end of consternation in certain precincts of the Left.” But he argues that this change is good news and points out that you build coalitions and mass movements by welcoming converts.

But the leftward shift in the Democratic Party began before Ocasio-Cortez’s victory. In September 2017, Bernie Sanders introduced a Medicare for All bill, and he had 16 Democratic senators standing with him as co-sponsors. A few months later, they joined Sanders in calling for a government guarantee of full employment.

What’s going to happen next? Conflicts will continue between Democratic Party factions over ideas and programs. It might be useful to look back at another period of hard times. During the Great Depression, the labor movement pushed the country — and the Democratic Party — to the left through militant direct action. A fair number of the activists in that movement called themselves Socialists, Communists and Trotskyists.

Franklin Roosevelt borrowed many ideas from the Socialist Party to create his New Deal. In 1954, a New York Times profile of Norman Thomas, the six-time presidential candidate of the Socialist Party, described him as an influential figure who made “a great contribution in pioneering ideas that have now won the support of both major parties,” including “Social Security, public housing, public power developments, legal protection for collective bargaining and other attributes of the welfare state.”

Can something like this happen again? As a card-carrying member of DSA, I sure hope so.