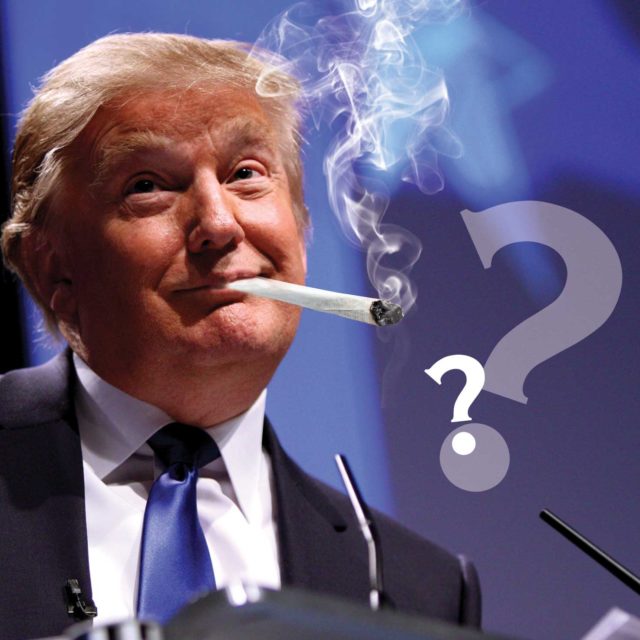 Hurricane Trump presents us with a peculiar sort of national emergency. Every day, the Bullshitter-in-Chief deploys a blizzard of lies, half-truths, conspiracy theories and misdirection. He likes to surprise us and keep us in suspense. Will there be a nuclear war with North Korea? Which vulnerable stigmatized minority will be kicked in the teeth this week? Stay tuned for the next episode.

We are suffering from a “Trump-Induced Anxiety Disorder,” according to Hollywood screenwriter Sam Friedlander. Mental health professionals around the country reported a big spike in anxiety after Nov. 8, 2016.

A report issued in February by the American Psychological Association (APA) said that for at least a decade before the 2016 election, Americans generally had three big worries: money, work and the economy. The situation has now changed significantly. The APA poll indicated that “the current political climate is a very or somewhat significant source of stress for more than half of Americans (57 percent).” Seventy-two percent of Democrats are stressed out.

Katherine Nordal, the APA’s executive director, concluded that “the stress we’re seeing around political issues is deeply concerning, because it’s hard for Americans to get away from it. We’re surrounded by conversations, news and social media that constantly remind us of the issues that are stressing us the most.”

The study didn’t deal with how different demographic groups are coping. Most likely, women and people of color and immigrants and Muslims are more anxious.

Quite possibly, journalists might be more anxious since Trump has denounced them as “the enemy of the people.” This is somewhat ironic since Trump is the Frankenstein monster of the media. Last year, CBS boss Les Moonves said Trump “may not be good for America, but he’s damn good for CBS.” He laughed and added, “The money’s rolling in, and this is fun. They’re not even talking about issues, they’re throwing bombs at each other, and I think the advertising reflects that.”

In an acerbic piece in Rolling Stone, Matt Taibbi argues that we should “blame the media for creating a world dumb enough for Trump.” He says, “The Trump presidency is like a diabolical combination of every schlock eyeball-grabbing formula the networks have ever deployed. It’s Battle of the Network Stars meets Wrestlemania meets Survivor meets the Kursk disaster. It’s got the immediacy of a breaking news crash, with themes of impending doom, conflict, celebrity meltdown, anger, racism, gender war, everything.”

What precisely was the impact of journalism on the 2016 presidential election? Just recently, six academics published a study on the subject in conjunction with the Berkman Klein Center for Internet and Society at Harvard University and the MIT Center for Civic Media. The report, titled “Partisanship, Propaganda and Disinformation: Online Media and the 2016 US Presidential Election,” which used the device of a “media cloud” to show how media is consumed these days. People tend to get their news from a variety of sources such as Facebook, Twitter, talk radio, local TV, cable and network news, daily newspapers, newsweeklies and all kinds of websites. These sources vary a great deal in trustworthiness with regard to facts and evidence.

They studied over 1.25 million stories published online between April 1, 2015 and Election Day. They concluded that Breitbart (a far-right pro-Trump media ecosystem run by Steve Bannon) played a profound role. With their help, Trump ended up shaping the election agenda in the broader media.

Researcher Yochai Benkler says “Breitbart succeeded in marginalizing the center-right and the ‘Never Trump’ camp. One of the first critical turning points was when the Breitbart-centered part of the right went strongly after Jeb Bush and then Marco Rubio — and then went after Fox News for not supporting Trump. Fox essentially made the choice to join the bandwagon.”

“One very surprising thing we found,” Benkler says, “was the extent to which the right-wing media ecosystem succeeded in getting its substantive agenda into the campaign. Both candidates got critical coverage but Trump had issues and he had scandals; with Clinton it was only scandals.” Stories about Clinton were almost always about her damn emails while we heard Trump talk about immigration, jobs and trade.

The authors describe Breitbart as basically a propaganda outlet:

“Rather than ‘fake news’ in the sense of wholly fabricated falsities, many of the most-shared stories can more accurately be understood as disinformation: the purposeful construction of true or partly true bits of information into a message that is, at its core, misleading. Over the course of the election, this turned the right-wing media system into an internally coherent, relatively insulated knowledge community, reinforcing the shared worldview of readers and shielding them from journalism that challenged it. The prevalence of such material has created an environment in which the president can tell supporters about events in Sweden that never happened, or a presidential advisor can reference a non-existent ‘Bowling Green massacre.’”

Trump counselor Kellyanne Conway can claim that Trump’s lies are “alternative facts” and be believed by many because increasingly Americans are segregating themselves into ideological silos where neighbors, friends and media share the same political worldview. This situation poses a serious threat to a functioning democracy.