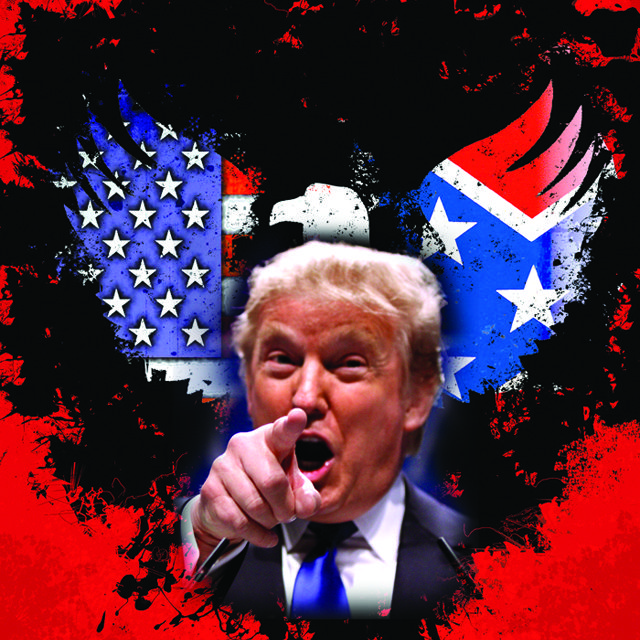 There is a controversy among Republican leaders about publicly declaring what the GOP would do if it won back Congress and the presidency.

The GOP hasn’t had a platform since 2016. Senate Minority Leader Mitch McConnell has refused to offer a GOP agenda for the midterms.

Under his plan, kids will say the Pledge of Allegiance, salute the flag and won’t be exposed to “the revisionist history of the radical left.” The border wall will be finished and will be named after Trump. Scott promises to “shrink the federal government, reduce the government workforce by 25% in five years, sell government buildings and assets…” He says, “Men are men, women are women and unborn babies are babies. We believe in science.”

He wants to require all federal programs to expire after just five years—including, presumably, Medicare and Social Security.

He demands that “all Americans should pay some income tax.” The nonpartisan Institute on Taxation and Economic Policy found that Scott’s plan “would increase taxes by more than $1,000 on average for the poorest 40 percent of Americans.”

This is reminiscent of Mitt Romney’s complaint to wealthy donors at a private fund raiser in 2012 that the “47%” of Americans who “pay no income tax” and are “dependent on government” would vote for Obama. The comments were leaked to Mother Jones. Incidentally, all working people pay Social Security and Medicare taxes as well as state and local taxes.

Scott is the richest man in Congress. Jonathan Weisman of the New York Times notes: “In 2002, the sprawling hospital chain (Scott) ran agreed to pay more than $880 million to settle the Justice Department’s longest-running inquiry into health care fraud, including $250 million returned to Medicare to resolve charges contested by the government.”

Scott’s plan has made many Republican politicians nervous. Its proposals are deeply unpopular with the American people.

That’s a problem. MAGA Republicans have a solution—make the U.S. less and less democratic. They are learning from autocratic figures like Bolsonaro in Brazil, Modi in India, Erdogan in Turkey, Netanyahu in Israel. They particularly like Viktor Orbán, the Prime Minister of Hungary. Fox News host Tucker Carlson broadcast from Hungary for a week, promoting the regime as a model for the U.S.

Kim Lane Scheppele, a professor of international affairs at Princeton, has called Orbán “the ultimate twenty-first-century dictator.”  Elections are held but democratic structures are hollowed out slowly.

Scheppele told Democracy Now! Orbán took control of the election rules and machinery and the courts so it is his people who count the votes.  She said, “It doesn’t matter how people vote, because your rules will overcome any popular vote.”

Republicans are using Orbán’s “playbook.” Election deniers have been winning in Republican primaries for secretaries of state.

Scheppele said Orbán changed a law that protected civil service employees from political influence. He fired thousands of them who weren’t in his party and replaced them with his flunkies.

Recently, Jonathan Swan of Axios revealed that Trump created a new category of federal employee called Schedule F with none of the job protections. The plan is to transfer many current civil servants into this new status so they can be easily fired. There are boot camps currently training young Trumpists to immediately go into government right after a Republican is elected president. They will get the protected jobs.

Recently, the Conservative Political Action Conference (CPAC) was held in Dallas and Orbán was the big star. Shortly before this, Orbán had provoked worldwide condemnation for saying that mixing between Europeans was acceptable, but Europeans mixing with non-Europeans created “mixed race” people.

A longtime Orbán adviser quit, saying the comments were “pure Nazi text worthy of (Nazi propagandist) Goebbels.” However, there wasn’t any controversy at the CPAC event.