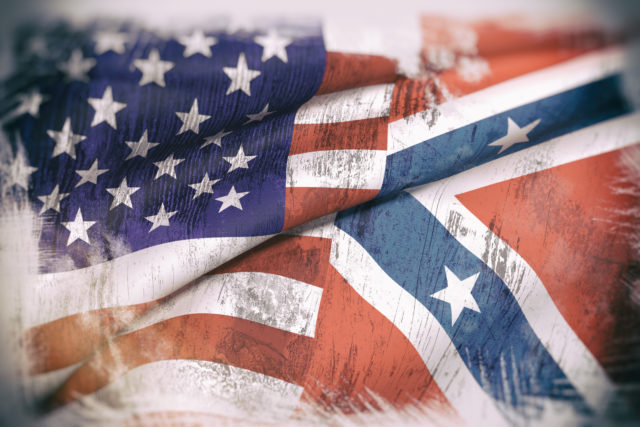 The Civil War still haunts us. In our bloodiest conflict, we were confronted with dilemmas, which persist in today’s world — the scourge of racism, the conflict between authoritarianism and democracy, and the debate over inequality.

As Trump’s reckless acts propel us toward more death and destruction, we should examine what happened in the 1860s. When the slaveholders launched their attack on Fort Sumter, it is unlikely that they contemplated how unpredictable things could get. President Dwight Eisenhower once said that every war will surprise you. He stressed, “…war is going to astonish you in the way it occurred and the way it is carried out.”

War should be a last resort in a conflict but it is hard to imagine that slavery could have been abolished without a war. We got something more — a transformational social revolution. The world turned upside down. Since the country’s founding, the South had pretty much controlled the entire federal government (the presidency, Congress and the Supreme Court). Most of the richest families in the U.S. were slaveholders.

Remember that slaves were private property. One out of every three Southern residents was enslaved. In 1860, slaves represented about 16% of the nation’s total wealth. That is $10 trillion in today’s money. That’s trillion.

Abraham Lincoln said he wanted to preserve the Union even if it meant that slavery wasn’t abolished. He was afraid of alienating racist white Northerners (which included prominent pro-Confederate merchants in New York City who wanted to continue trading with the South). He didn’t want the slaveholding border states to join the Confederacy. He thought the rebels were extremists and that there were many loyal moderate planters. He was wrong.

The Republican Party was a diverse, big-tent coalition that included many radical reformers including European immigrants who had participated in the failed 1848 democratic rebellions against aristocratic autocracies. The United States was the world’s only democratic republic, and Lincoln felt that a Confederate victory would destroy it. America was “the last best hope of Earth.”

His allies in the fight for democracy included socialists in this country as well as in Europe. One of his strongest supporters abroad was Karl Marx who wrote regularly for The New York Tribune, a popular nationally distributed newspaper that promoted the Republican Party and abolitionism. It was faithfully read by Lincoln.

The stakes were high. Military necessity would push Lincoln in a revolutionary direction. Meanwhile, hundreds of thousands of slaves were resisting overseers, walking off plantations and escaping to the Union armies. W.E.B. Du Bois called it a “general strike.” Many wanted to be soldiers but at first they were rebuffed by the Union. In the end, 200,000 black soldiers and sailors would play a crucial role in defeating the Confederacy. Thousands of poor whites in the upland South also rebelled against the rich planters.

The death of chattel slavery was a huge turning point. The country would not be the same. During Reconstruction, Northern troops prevented the planter class from controlling state and local governments. Freed slaves got the vote and they enthusiastically used it. Black people held positions as judges and in state government. There were 20 black congressmen and two black senators in the U.S. Congress. Public schools were created for the first time in the South for both black and poor white children.

In the North and West, the high spirits of the Union victory helped inspire widespread collective action by workers, farmers and women for a more equal society. There would be insurrectionary labor strikes in the North in the 1870s.

In the South, the rich whites would fight back by establishing repressive Jim Crow laws and creating the Ku Klux Klan, which terrorized blacks and the whites who aided them. But they didn’t kill Reconstruction. Historian Heather Cox Richardson notes:

“Reconstruction failed not because Southern whites opposed it — although most of them did — but because Northerners abandoned it. They came to believe that antebellum slaveholders were right in one important way: they had warned that poor workers must not be allowed to vote because, given the chance, they would insist on a redistribution of wealth.”

Richardson says “the Civil War created a business boom in the North as industries met military needs.” There was lots of conspicuous prosperity and wealth. But it didn’t trickle down to the workers. They started to organize, agitate and strike. They started to talk about socialism. This freaked out the wealthy Republicans.

This would be the beginning of a decades-long “Gilded Age” of exploding economic growth and industrialization combined with grotesque inequality, financial crises, and a concern about monopolies.

An enormous number of impoverished people were immigrating to this country which provoked fevered debate about race and national identity.

Many commentators have said we live in a new “Gilded Age.” Hopefully we can usher in a new “Progressive Era.”