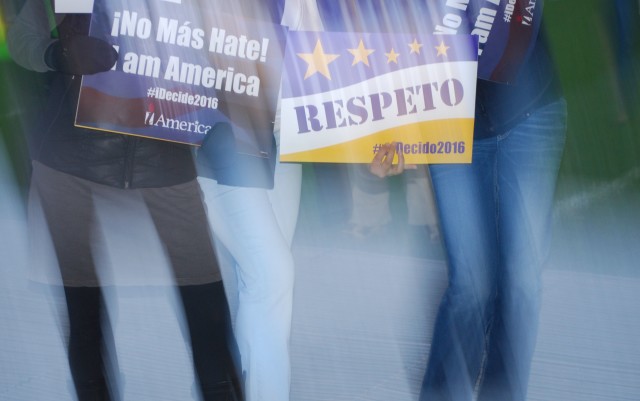 Lawrence Ferlinghetti, the celebrated poet and publisher of Beat Generation writers, argued in an essay in the San Francisco Chronicle in 1999 that poetry can change the world:

“The greatest poets not only change the way we see the world but also cause us to question our perception and interpretation of everyday reality. The greatest poetry subverts the dominant paradigm, ultimately challenges the status quo of the world and transforms it into something new and strange.”

Denver poet Phil Woods has been trying to change the world for decades with his words and activism in the civil rights, anti-war and labor movements. He starts an autobiographical poem with the line “I remember eating cornbread & soul food, / In Fannie Lou Hamer’s kitchen.”

Hamer was a crucial figure in the civil rights movement. She was famous for challenging the all-white segregationist delegation from Mississippi at the 1964 Democratic National Convention. In 1971, Woods went down to Mississippi to be a poll watcher for a progressive slate in the Democratic Party.

Hamer was running for the state senate. Woods tells us what happened:
“The State Patrol confiscated / The ballots in what is largely / An all-black town. Drove them / To the county seat, When the count / Came in, 6 for Hamer, the rest / Poetically, for a white man / Named Crook.”

Woods says Hamer was “the most impressive person I ever met and a genuine Christian. She didn’t have any hate in her. Both of her parents were sharecroppers and she started working in the fields at the age of six. She was fired from her job and lost her home just for registering to vote.”

Woods writes about so-called “ordinary” people like Hamer. He has a poem inspired by a newspaper story about a seemingly insignificant death in Kansas. On Thanksgiving Day, a 73-year-old woman “bought the farm / in a car wreck / on her way to work” at Wal-Mart. “No turkey, no sweet potatoes, / no gravy. Just another / poor soul who lost her life / having to stretch the budget / working for the Waltons.”

Woods has worked in canneries, construction, the post office, taught in public schools, colleges and prisons. He studied poetry with Robert Bly, Gary Snyder and Ann Waldman. In his poems, he juggles hope and despair about changing our society. He expresses discouragement about many of his students. When he showed the film Wall Street to “children of the underclass, “ they didn’t want to jail Gordon Gecko but instead wanted to be like him and “not get caught.”

His hometown is Pueblo, which once was the “Pittsburgh of the West” before NAFTA was passed and steel companies escaped the U.S. for cheap labor abroad. In a melancholy and affectionate poem, Woods writes about being a fifth grader in the 1950s in Pueblo and dressing up like a soldier (his dad worked at the Army Depot) and saluting a visiting President Eisenhower. Then later during the Vietnam War, he was “dissing Johnson / & filing conscientious objector papers, / My sense of Patriotism / having shifted 180 degrees, / My hometown so desperate / for self-esteem, / so very proud of its / four Medal of Honor winners / You’re not supposed / to ask too many questions / in such a town.”

A working class town like Pueblo suffers from an “inferiority complex,” he feels. Young men are treated like nobodies and feel the need to prove they are worthy by serving in the military.

In poems about John Foster Dulles, Henry Kissinger and Condi Rice, Woods lambastes imperialist horrors and militarist attitudes. His poem called “An Imaginary Press Conference” is particularly pertinent during this election year. He asks a politician about his or her knowledge of Chief Seattle, Black Elk, Confucius and Marcus Aurelius. He also asks:

“What would cause you to resign? / Give us an example of your / Intuition. / Do you work with your dreams? / Do you value the counsel of / Your opposite gender?”
Phil Woods will be reading his poetry at 7 p.m. on Thursday, Jan. 14 at the Innisfree Poetry Bookstore and Cafe at 1301 Pennsylvania Avenue in Boulder (on University Hill).