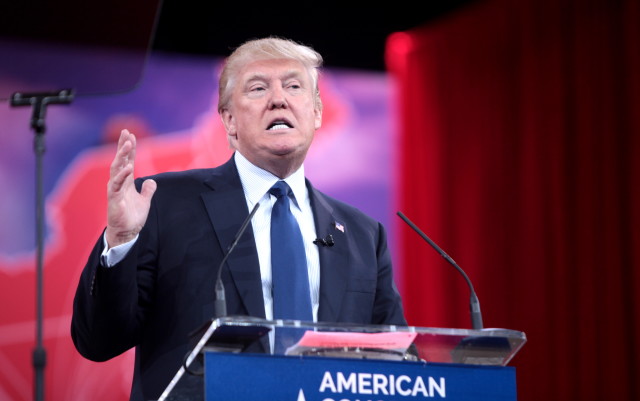 When he was on the campaign trail, Donald Trump denounced “free” trade agreements, promising something “much better” for working people than the North American Free Trade Agreement (NAFTA) with Canada and Mexico. In one of his first acts as president, he withdrew the U.S. from the Trans-Pacific Partnership (TPP), a 12-country trade deal which includes Canada and Mexico. He recently released his goals for re-negotiating NAFTA.

In May, Commerce Secretary Wilbur Ross spoke before the Bipartisan Policy Center, a think tank which supports these agreements. He told them that the Trump administration wants NAFTA to adopt provisions from the TPP which would enforce stricter intellectual property rules (a gift to Hollywood and Big Pharma) and remove barriers to digital trade.

The new NAFTA would still have the Investor-State Dispute Settlement (ISDS) system, a secret private extra-judicial court that provides monetary awards to corporations for lost profits due to changes in law that protect workers, consumers and the environment.

Trump shared his perspective on trade when he spoke before a group of Fortune 500 CEOs from companies such as Ford, Dell and Dow Chemical.

He promised he would provide incentives for them to stay in the United States — huge corporate tax cuts and the destruction of possibly three-quarters of government regulations.

Reporter David Dayen writes there are a few advances in the document. The Trump administration wants NAFTA countries to “avoid manipulating exchange rates” to make their goods cheaper and gain an unfair advantage. This is the first time that the subject would be dealt with in a trade deal. There is no indication how this would be enforced.

“Trump’s conflicts of interest and self-dealing opportunities with NAFTA renegotiation are not hypothetical; the sprawling Trump business empire has 14 Canadian and two Mexican investments. Some of Trump’s clothing line is made in Mexico. Trump won’t divest his business holdings or release his tax returns, so unless he reveals his full Mexican and Canadian business dealings, we won’t even know in whose interest these NAFTA talks are being conducted.”

Meanwhile, Trump has his publicity stunts. In December 2016, less than a month after becoming president-elect, Trump announced that he had met with Carrier, a unit of United Technologies, and convinced the company to keep 1,100 jobs in Indiana that they had previously scheduled to move to Mexico.

Then it turned out the number of jobs saved was only 730, and 1,873 jobs were still lost. The concession to keep 730 jobs in Indiana was made only after the State of Indiana, where Vice President Mike Pence was still governor, promised Carrier a big tax break of $7 million.

Trump was apparently counting hundreds of engineering jobs that weren’t going to Mexico. Then Trump claimed that Carrier’s employment was going to “go up substantially.” That was a lie.

Chuck Jones, the president of United Steelworkers Local 1999, which represents Carrier workers in Indiana, was angry. In an interview with the Washington Post, he said Trump had “lied his ass off.”

A little later, Trump tweeted again: “If United Steelworkers 1999 was any good, they would have kept those jobs in Indiana. Spend more time working — less time talking. Reduce dues.”

Jones immediately received threats via email, social media and calls to the union local and his personal cell phone. But most responses were supportive. “I’d say 10-to-1 positive overall,” he says.

Micah Uetricht of In These Times asked Jones why the focus on trade and outsourcing had such an impact. Jones replied:

“I’ve been through probably eight to 10 plant closures, and I know what it does to people’s families and communities. The average wage at Carrier was $23 an hour… These folks aren’t going to find jobs that will come anywhere close to that. Some people will have to work two jobs at minimum wage to make even half of that. And they’ll be saying, ‘Do you want fries with that?’

Trump blamed Jones and the union for Carrier leaving. Jones told labor reporter Steven Greenhouse that Carrier officials told him that the only way the steelworkers union could save the Indianapolis plant was to cut their wage levels to about $5 an hour. That’s below the federal minimum wage of $7.25 an hour.

Carrier said it would save $65 million annually by closing its Indianapolis plant and moving to Monterrey, Mexico, where it pays workers $2 to $3 an hour.

But Trump doesn’t bother himself with such petty details. Everything is theater to him.

Boulder’s occupancy limits are not discriminatory