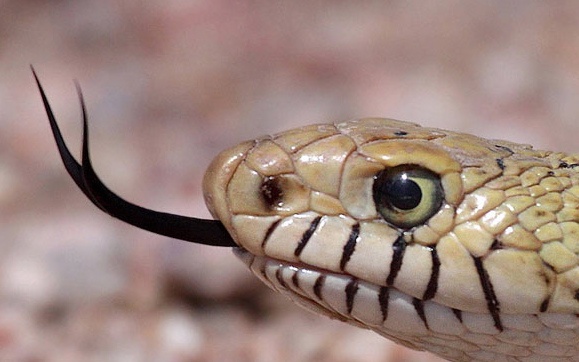 Many in the mainstream media talk about how similar Donald Trump and Bernie Sanders are. Supposedly they are both “anti-establishment” populist candidates who are “making the same pitch,” as the Washington Post puts it.

When Sanders found out that late night TV host Jimmy Kimmel was going to have Trump on his show as a guest, Sanders requested that Kimmel ask Trump if he would debate Sanders.

Trump said yes, but only if the event raised $10 to $15 million for a charity. The host of The Young Turks online show offered $1 million. A tech company offered $10 million. A boxing promoter offered $20 million.

Nevertheless, Trump chickened out, saying that it would be “inappropriate” to debate a loser like Sanders.

So we lost an opportunity to see which one of them is the real champion for working people.

Meanwhile, Trump has proclaimed that the GOP will become a “workers’ party” under his leadership. It will be “a party of people that haven’t had a real wage increase in 18 years, that are angry.”

He said he thinks cutting Social Security is a “big mistake” for the party. That sounds good.

But The Donald might advocate the opposite position tomorrow. Or in his next sentence. Sometimes he serves up a Sarah Palin-like word salad and you don’t know what the hell he said. He flummoxes fact checkers because he deploys so many falsehoods so quickly.

Trump has flip-flopped on wages and Social Security quite a bit.
In a Fox Business presidential debate last November, moderator Neil Cavuto asked Trump if he was sympathetic to protesters demanding the minimum wage be raised.

“I can’t be,” Trump replied. He explained that wages are already too high:

“We are a country that is being beaten on every front economically … there is nothing that we do now to win … Taxes too high, wages too high. We’re not going to be able to compete against the world … People have to go out, they have to work really hard and they have to get into that upper stratum. But we cannot [have higher minimum wages] if we are going to compete with the rest of the world.”

After the debate, in an interview on MSNBC’s Morning Joe, co-host Mika Brzezinski pressed him on his comment. He wouldn’t back down. He insisted, “We have to become competitive with the world. Our taxes are too high, our wages are too high. Everything is too high. We have to compete with other countries.”

Brzezinski told him that “nobody can live” on the federal minimum wage of $7.25 an hour. He held his ground.

Later, he told Chuck Todd on NBC’s Meet The Press that he now felt the pain of minimum wage workers. He said, “I would like to see an increase of some magnitude. But I’d rather leave it to the states. Let the states decide.”

The Washington Post said this exchange indicated that Trump favors an increase in pay. Well, sort of. Actually he said he was against using presidential power to mandate an increase in the federal minimum wage.

Trump also claims to oppose cutting Social Security and Medicare. This is a departure from traditional conservative ideology.

However, Bloomberg Businessweek reported that Trump confidentially told House Speaker Paul Ryan that from “a moral standpoint” he supports cutting Social Security but won’t admit it publicly because it would hurt his election chances when his Democratic opponents (Sanders and Clinton) not only support the program but want to expand the benefits.

Trump policy adviser Sam Clovis recently said that the real estate tycoon would look at changes to all federal programs, “including entitlement programs like Social Security and Medicare,” as part of a deficit reduction effort. Clovis is quite typical of Trump’s advisers.

They are the usual reverse-Robin-Hood-establishment Republicans.

Last fall, Trump claimed he would be a different kind of Republican — he would raise taxes on the wealthy. When he finally released his tax plan, we found out that he wanted to give gigantic budget-busting tax cuts for the rich.

We don’t get much discussion of these policy matters. Instead, Trump dominates the news cycle with sensational antics. He recently recycled some sewage from the rightwing witchhunts against the Clintons in the 1990s and the mainstream media played along.

Meanwhile, the National Labor Relations Board has certified a union for more than 500 members of the staff of the 64-story Trump International Hotel in Las Vegas. Trump has been fighting these hard-working housekeepers, cooks and waiters every inch of the way. The vast majority of them are Latino immigrants. They picket outside the hotel with a sign that reads, “Make America Great Again! Mr. Trump, Start Here.”