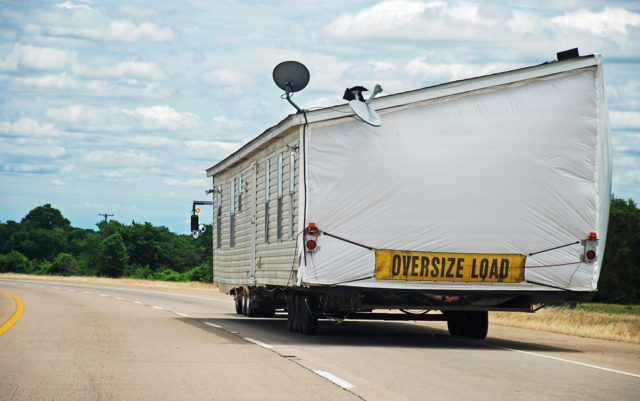 A couple of weeks ago, a ground-breaking Colorado bill, HB 1287, passed out of committee, bringing forward an extension of badly needed protections for Colorado mobile home owners (MHOs). These folks own their own homes, but have to rent the lots on which they sit and follow rules of parks they had no voice in making. Although MHOs are not considered tenants within the traditional sense, they are often at the mercy of similar forces of greed and control.

In the six-hour committee hearing, the main focus was on just one of the provisions: capping the increase of rents on these lots at 3%. If you’re just tuning into this column for the first time, rent control (RC) for all private residential housing has been illegal in Colorado for 41 years, but mobile homes have not been included in that ban.

Mobile home parks are really the last bastion of private home affordability. But a buying spree of these parks by out-of-state corporations have been sending lot rents sky high (this trend is happening nationally.) Representative Andrew Boesenecker of Fort Collins, author of HB 1287, recognizes that mobile home owners are a captive audience, since, in spite of their name, these homes are not very mobile—which is why they are more commonly called manufactured homes. If you own one of these homes (which can cost between $5,000 for a very old, small, one-bedroom version, to $250,000 for a brand-spanking-new multi-sectional custom home with up to four bedrooms), your choices are limited as to where to live or move you mobile home. And unlike traditional homes, these “mobile” homes depreciate over time—so the value of your home goes down as the lot rent goes up. And by the way, the land appreciation does benefit the mobile home park owners (MHPOs), never MHOs. Since many people in MHs are on fixed or limited incomes, it is an ever-tightening noose. When MHOs want to sell their homes, it’s a losing proposition, but when a MHPO wants to sell their park, it’s a windfall.

While MHOs have a number of problems with park owners and management, one of the most common complaints is about rent increases, according to Mike Peirce of the Colorado Coalition of Manufactured Home Owners. But it’s not all bad—there is often a sense of community in these parks that doesn’t exist in other dense housing, and you own your own home without having to pay a half a million to a million dollars.

There are almost a dozen states that have some form of regulated rents of mobile home parks, the largest one being California, where local governments are allowed to enact rent stabilization—almost 1,400 mobile home parks have some form of rent protection there. Contrary to dire predictions from the opposition, the sky did not fall and 150,000 MHOs are safe from unreasonable and unpredictable increases, according to the Mobile Home Park Home Owners Allegiance. Again, to no one’s surprise, rent control works.

There are myriad challenges facing MHOs, and perhaps in another column I’ll cover those, but for now, visit cocomho.org for more info.

During the recent HB 1287 hearing, opponents and supporters of the bill lined up to talk primarily about RC, even though there were 17 other protections included in the proposal. Many MHOs talked about the crushing rent increases they experienced over the last few years, especially as their parks were bought by new owners. All MHPOs (along with their representatives and attorneys) strenuously opposed any form of RC, which was predictable. But they were joined by landlords of traditional housing, even though they had no direct connection to MH parks. All the opponents used the same, worn and disproven arguments against RC, predicting many MHPs would go out of business should this pass. Some also claimed this would violate the ban on rent control, even though that law makes no mention of mobile homes or the land they sit on.

The bill passed 8-5, strictly along party lines. The good news beyond the victory is that all eight Democrats voted for it. That is noteworthy because in the past, Democrats sided with Republicans to pass the ban on rent control 41 years ago, and tried to stall/kill attempts to repeal the statewide ban on rent control in 2019. Beyond the protections it would offer MHOs, HB 1287 would be an important step toward restoring the rights of home rule cities to enact some form of rent stabilization during this housing crisis. When legislators realize the sky is not falling after this passes, it adds to the momentum in repealing the ban that affects millions of tenants in Colorado.

It should be mentioned that for any kind of RC, regardless of venue, reasonable profits are allowed—it’s only unreasonable and outrageous rent increases that are curtailed. There are some landlords or MHPOs who are not opposed to curbing unconscionable increases. Rent stabilization  recognizes that affordable housing should be a right, not simply a commodity.

The Colorado bill next goes to Appropriations Committee, then on to the House. If passed there, it will go through a similar process in the Colorado Senate.