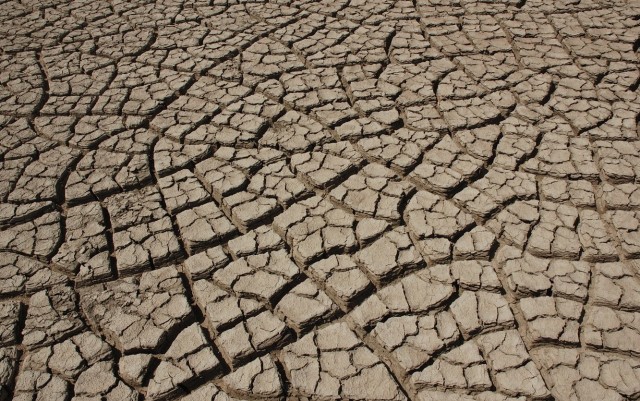 Water scarcity is getting scary, and banning long showers is not even a drop in the solution bucket.

The biggest water sponge by far is food production, and agri-giants continue to pour it on their vast fields like there’s no tomorrow. In a May 31 column, Nicholas Kristof of the New York Times reports that the Pacific Institute and National Geographic have calculated how much water today’s industrialized food system sucks up. For example:

But wait, America’s Big Oil frackers say not to worry, because they can offer a gusher of H2O to food producers. Believe it or not, they’re selling their fracking wastewater to agribusiness for irrigating fruit and vegetable crops.

This is water that ExxonMobil and other drillers mix with a witch’s brew of some 750 toxic chemicals before power-blasting it into underground rock formations. The drillers have had to reclaim and store this contaminated water, but “Eureka!” someone shouted, rather than store it, put it on America’s salads! It’s perfectly safe, the always-trustworthy oil industry tells us, because they treat the water to remove all the cancer-causing nasties. But studies have found toxics remaining in some of the “treated” water, and a California science panel found that state regulators have no adequate testing process, nor any controls in place to stop contamination of crops.

Fed up, California Assemblyman Mike Gatto has introduced a bill to require warning labels on all state produce that has been irrigated with fracking water. This would empower consumers, rather than Big Oil, to decide whether fracking chemicals belong on our families’ dinner plates. For more information, contact: www.WaterDefense.org.