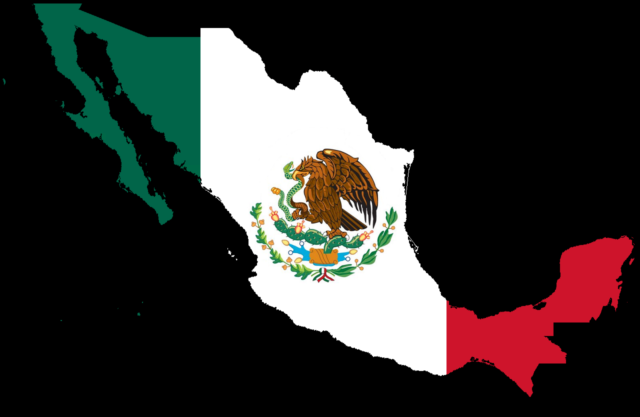 Let me introduce you to Susana Prieto, a hero of the pandemic you haven’t heard about. She is a longtime Mexican labor lawyer and organizer.

One day in April, she aimed her cellphone camera at hundreds of workers who were on strike outside the Mexican factory of a U.S. company that hadn’t shut down during the COVID-19 pandemic.

She was broadcasting the video live on Facebook. She said, “You can see how many people there would be working together, elbow to elbow, without any health regulations. This is why so many workers have died in Ciudad Juárez, Chihuahua.”

The border city of Juárez has 327 “maquiladoras” employing more than 300,000 workers. Maquiladoras are foreign-owned assembly plants in Mexico that import machinery and materials duty-free and export finished products around the world. A large number of the plants are U.S.-owned.

In March, the Mexican government ordered all “non-essential” businesses to close due to the pandemic.

Mexican President Andrés Manuel López Obrador’s order defined “essential” businesses as those that “are directly necessary to address the sanitary emergency (of COVID-19) like work related to the medical, paramedic, administrative fields that support the national health system.”

Most of the factories in Juárez are tied to the U.S. automotive and consumer electronics industries. Only about 20 companies with plants in Juárez are linked to health care generally, according to INDEX Juárez.

Border Industrial Association Executive Director Jerry Pacheco told the El Paso Times, “The [Mexican] federal government is telling production plants to shut down, but it doesn’t have the muscle to shut them down.”

Vicente Hernandez, a labor lawyer who works with Prieto, said a work stoppage is “one of the few ways to get the company to follow the emergency decree.”

For four days, hundreds of workers at several plants belonging to St. Louis-based Electrical Components International (ECI) staged protests against the company’s refusal to shut down and demanded they be sent home to quarantine with full pay.

Prieto rallied workers outside the ECI plants. In a call and response (with everyone wearing masks), she asked them what did they produce? They said harnesses for refrigerators, stoves and washing machines.

“And if you don’t have those things, will the world end?” she asked. “No!” they responded.

“You all know perfectly well that Electrocomponentes isn’t an ‘essential’ business,” she said. “You know this perfectly! I understand your economic necessity and that you don’t want to lose your job. Are you better dead than fired?”

Meanwhile, the Trump administration and U.S. businesses were pushing the Mexican government to loosen up the lockdown restrictions. U.S. Under Secretary of Defense Ellen Lord claimed on April 20 that the lockdown was disrupting supply chains for the U.S. defense industry.

Christopher Landau, the U.S. ambassador to Mexico, launched a Twitter campaign, writing: “There are risks everywhere, but we don’t all stay at home for fear we are going to get in a car accident… The destruction of the economy is also a health threat.”

“The Trump administration and major U.S. manufacturers have successfully pressured Mexico to keep factories that supply the United States operating during the coronavirus pandemic, even as outbreaks erupt and waves of cases and deaths sweep the companies.”

Kitroeff noted that Ambassador Landau issued a direct threat, saying that if Mexico didn’t respond to the needs of American businesses, it would lose the jobs in the maquiladoras.

“You don’t have ‘workers’ if you close all the companies and they move elsewhere,” Landau wrote on Twitter.

In June, Prieto was arrested in Matamoros on several charges including inciting a riot, threats and coercion. Many labor and human rights activists and organizations have called for her immediate release. AFL-CIO President Richard Trumka wrote: “Susana Prieto is a fierce advocate whose tireless advocacy on behalf of workers in Mexico’s maquiladoras has made her a thorn in the side of powerful companies and corrupt officials. Her arrest on trumped-up charges of ‘inciting riots’ is an outrage. The AFL-CIO calls for her immediate and unconditional release.”

Prosecutors claim the charges have nothing to do with a wave of successful strikes Prieto helped lead in early 2019 at 48 maquiladoras in Matamoros. The workers won 20% pay raises and $1,650 bonuses.

On July 1, Prieto was released from prison but under harsh conditions. She can’t leave her residence in Chihuahua for the next 30 months and can’t continue her advocacy work for maquiladora workers. It is suspicious that Prieto was arrested just before the NAFTA 2.0 trade deal went into effect, which is supposed to protect workers’ rights in Mexico.