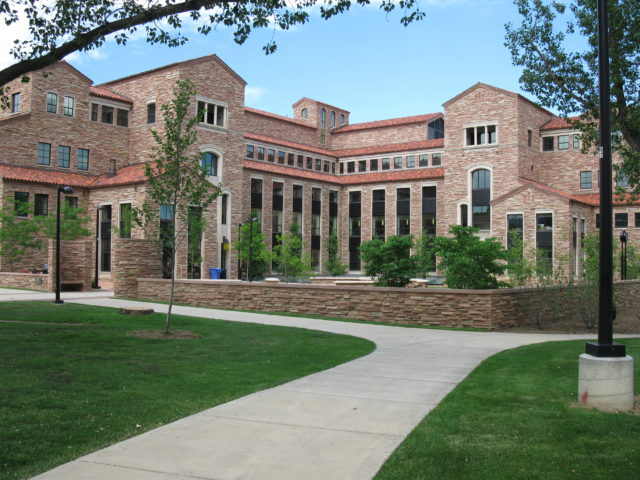 After 25 years of acclaimed atmospheric research at the University of Colorado, Dr. Detlev Helmig was summarily fired in April. The firing was delivered by a video call that took less than 30 minutes. In less than an hour after he was first notified that the university was dissatisfied with his efforts to help Colorado citizens better understand their long-standing air quality problems, Professor Helmig’s name had been completely expunged, including his phone number, email address and university profile, as well as any mention of the years of scientific contribution he had made to the university and atmospheric science. A person on Dr. Helmig’s staff, with 16 years of university service, was just as unceremoniously shown the door the same day.

Apparently the leadership under new university President Mark Kennedy is equipped with no negotiating tools other than a hammer. Apparently, so primitively equipped is his team that a solution allowing Dr. Helmig to continue his essential air quality work for Colorado communities while maintaining his university research position was just too complicated for them to consider.

The almost instantaneous gloating of oil industry flacks in industry publications is unseemly, at best, and gives rise to Watergate-like questions of who knew what when. Remember it wasn’t so long ago CU was apologizing for its indefensibly cozy relationship with the oil industry at the university’s Leeds School of Business.

This is indeed odd, since engineering faculty at CSU have set up a corporation, Ajax Analytics, to do oil-related, air-quality research. It has received millions in funds for atmospheric research, some of it from the oil industry. Things get curiouser and curiouser since Ajax Analytics has also retained the law firm Brownstein Hyatt Farber Schreck (BHFS) on occasion. As many know, a former partner at the firm, David Bernhardt, is now the Secretary of Interior and has been working sleeplessly to open up even more public land to the failing fossil fuel industry. In 2019, BHFS was the second largest lobbying firm in the United States.

Neither the university nor the industry is complaining of the work the CSU faculty at Ajax Analytics is doing on oil and gas air quality issues.

Dr. Helmig’s lightning-quick firing has the smell of authoritarianism we might expect of the Balsonaro government in Brazil or the Queen of Hearts in Alice in Wonderland. Some might even make associations with the Trumpian merry-go-round in Washington where firings seem to occur on nothing more substantial than a whim. No matter the comparison, Dr. Helmig’s firing is not the action of a public university where we might wish to send our children to be educated and learn the values of intellectual freedom and open dialogue.

Clearly President Kennedy and his immediate staff are unfamiliar with the university’s mission statement: to “contribute to the greater good of this community” is its pledge. That is exactly what Dr. Helmig has been doing at the request of and with the funding of Colorado communities. Perhaps the wrong person was fired?

A full-scale, independent investigation is surely warranted. Even more importantly, Dr. Helmig’s rights as a respected citizen of our community need to be defended, fiercely. It is essential that the public rise to his defense, that it demand answers, for this is a basic human rights issue. Since we are not yet a Banana Republic, it doesn’t get any more basic.

Phillip Doe is a former environmental compliance officer and head of the Reclamation Law Administration for the U.S. Bureau of Reclamation.