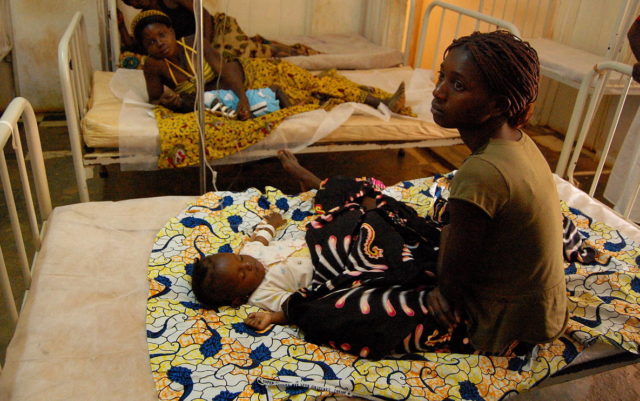 We have been told over and over that the United States has the best health care system on the planet. This notion is contradicted by numerous empirical studies over the decades. For many years, the Commonwealth Fund’s survey of health care systems in 11 wealthy nations has shown that the U.S. is an outlier among the advanced industrial nations. The fund’s 2017 report notes that the U.S. health care system ranks last in overall performance, and is at or near the bottom on access, administrative efficiency, equity and health care outcomes.

The Affordable Care Act (Obamacare) has helped many but it also has left 28 million Americans completely uninsured and tens of millions more with unaffordable gaps in their coverage, like co-payments and deductibles and uncovered services.

While the battle in Washington over Obamacare rages on, more and more Americans want a genuinely universal plan and are now backing a “single-payer” health care system, where one public health insurance program would cover everybody. The U.S. has one federal program like that for people over 65 called Medicare.

In the House of Representatives, a single-payer bill has gained the support of a majority of Democrats. Congressman John Conyers (D-Michigan) introduced the Expanded and Improved Medicare for All Act (H.R. 676), which would provide every U.S. resident with free medically necessary care including primary care and prevention, dietary and nutritional therapies, prescription drugs, emergency care, long-term care, mental health services, dental services and vision care.

It would be paid for with existing health care funds and by raising personal income taxes on the top 5 percent of income earners, instituting a progressive excise tax on payroll and self-employment income, and taxing unearned income and stock and bond transactions.

This bill is in the spirit of the Medicare law passed in 1968. Max Fine, an architect of Medicare, told the Intercept that the program wasn’t intended to cover only the elderly population and that expanding it to all Americans was the ultimate goal.

Fine says that three years after the enactment of Medicare, a Committee of 100 leading Americans was formed to campaign for single-payer. The campaign leaders were United Auto Workers president Walter Reuther, Dr. Michael DeBakey, National Urban League president Whitney Young, and Mary Lasker, a leader in the formation and funding of the National Institutes of Health. The announcement of the campaign was front page news in the New York Times and other newspapers. Senator Ted Kennedy had a single-payer bill with 36 co-sponsors.

The movement for single-payer has “risen and fallen over the years,” Fine says. Unfortunately, the Democratic Party headed in a rightward direction and turned to private insurance to cover more people.

But now times are changing again.

A recent nationwide poll, conducted by the Associated Press in partnership with the NORC Center for Public Affairs Research, shows that there has been a dramatic shift to the left with 62 percent of the public agreeing that it is “the federal government’s responsibility to make sure that all Americans have health care coverage.” Eighty percent of Democrats have this view. Only 22 percent of Democrats want to keep Obamacare as it is, and 64 percent favor changes to the law.

Influential Democrats are joining in. In June, Senator Elizabeth Warren of Massachusetts told the Wall Street Journal that “President Obama tried to move us forward with health care coverage by using a conservative model that came from one of the conservative think tanks that had been advanced by a Republican governor in Massachusetts. Now it’s time for the next step. And the next step is single-payer.”

This month, former Vice President Al Gore said, “The private sector has not shown any ability to provide good, affordable health care for all. I believe we ought to have single-payer health care.”

These are hopeful developments. But Vijay Das, a strategist for the progressive think tank Demos, argues there will be significant opposition from the Democratic Party establishment.

He says, “It’s partly because the party that used to be the proponent of single-payer has been largely captured by the interests who think single-payer will destroy their profits.”

In Colorado last year, Democratic consultants with links to the Obama administration and the Clinton campaign helped raise a lot of money to defeat Amendment 69, a single-payer ballot measure in Colorado.

The fight for single-payer will be fierce. We can’t wait for politicians to decide whether it is politically safe. They need to be pushed. Ultimately, social change comes from the grassroots.