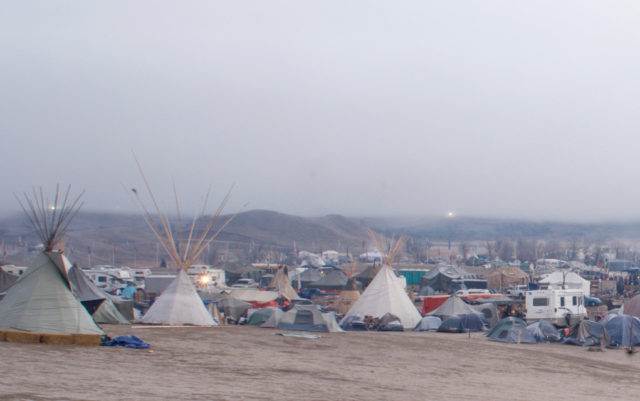 The recent failure to issue the final permit for the Dakota Access Pipeline by the U.S. Army Corps of Engineers made international news as a victory against corporate greed. This triumph can be attributed to the tireless work of Indigenous people who spent months in North Dakota protesting to defend their land and water, as well as myriad communities around the nation and the world who provided donations to sustain their efforts.

Boulder was no exception; over the past several months our community sent countless vehicles loaded with supplies and volunteers to Standing Rock to stand with water protectors in the fight against the Dakota Access Pipeline.

But while the Standing Rock encampment attracted international attention, the risk of proposed pipelines near our natural resources and water sources is not only applicable in North Dakota.

Currently communities in New York (Algonquin pipeline), Florida (Sabal Trail pipeline), Texas (Trans Pecos pipeline) and elsewhere are opposing pipelines that are planned to cross rivers, aquifers and precious farmlands. Projects like these threaten the health of our water and contribute to global climate change by greatly increasing the capacity to extract fossil fuels for decades to come.

Oil Change International’s 2016 report, The Sky’s Limit: Why the Paris Climate Goals Require a Managed Decline of Fossil Fuel Production, reveals the need to halt all new fossil fuel infrastructure expansion in order for the world to seriously try to meet the Paris climate goals and avoid catastrophic warming. Continued investment in new pipelines allows for increased potential carbon emissions, and, of course, increased risk of spills. And with the nomination of Exxon Mobil’s CEO as Secretary of State, it’s evident that the next administration intends to extract as much oil and gas as possible.

Limiting the capacity for extracting and exporting fossil fuels is a huge step to mitigating this plan and reducing dangerous greenhouse gas emissions.

The transition to renewable energy will not take place overnight, but continuing to construct fossil fuel infrastructure that will operate for decades would mean taking several huge steps backwards.

Boulderites can support the transition to clean energy by taking their money out of big banks that fund these pipelines, namely Wells Fargo, Chase and Bank of America, and reinvesting in local credit unions. Furthermore, we can support the communities who do not believe short-term economic gains outweigh the environmental and social risks that pipelines pose by sharing their stories and creating conversations to educate others.

Standing Rock was the beginning of a much bigger movement emphasizing that the future of energy is no longer down a hole, and Boulder can help lead the way.

Christian O’Rourke is an organizer with Earth Guardians, a Boulder-based climate justice organization dedicated to empowering youth and amplifying their voice. He is also working with young Coloradans to oppose harmful policies and promote progressive policies that work for all of us.