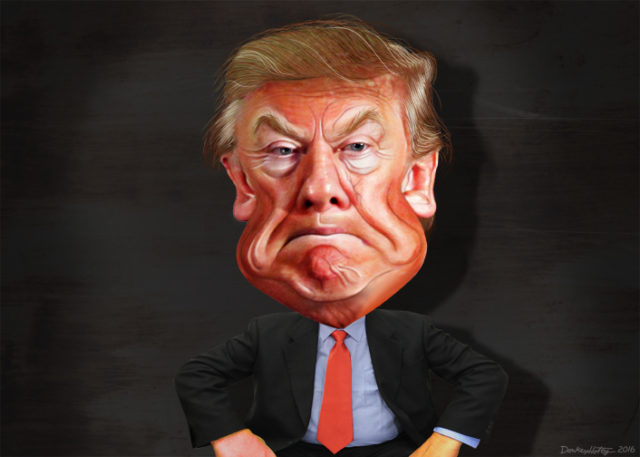 The working class is invisible in this country much of the time. But in election years, the white folks in this demographic are discussed ad nauseam by political reporters. This discussion is rather annoying to Jack Metzger, a core member of the Chicago Center for Working-Class Studies and a retired Professor of Humanities from Roosevelt University in Chicago.

Metzger says that when the discussion of class migrates from social scientists, “with their ‘operational definitions’ and facility with math” to the pundits, you get a lot of “loose stereotypes and class-prejudiced assumptions.” It has turned into “a low-level one-sided cultural class war” where “the narrating class” surmises that working-class whites are “America’s perpetual bigot class.”

Pulitzer Prize-winning progressive columnist Connie Schultz has said many reporters and columnists associate Donald Trump and his buddy Sarah Palin with white working-class ignorance and bigotry. A Cleveland Plain Dealer writer proclaimed: “Thanks to Trump, the entire Palin clan is now back in the spotlight they so crave. Come July, Republican National Convention organizers should house the whole dysfunctional family in a trailer park in Ashtabula [Ohio].”

This angered Schultz since both of her grandmothers lived some of their lives in trailer homes in Ashtabula. She noted that “since Donald Trump’s charade of a candidacy caught fire, I have heard many fellow liberals freely toss around the terms ‘white trash’ and ‘trailer trash.’ These are people who would never dream of telling a racist joke, but they think nothing of ridiculing those of lesser economic means. Every group has its ‘other.’ For too many white intellectuals, it’s the working class.”

Metzger says that, unlike Schultz, “most of the narrating class are from solidly middle-class backgrounds with little or no experience of working-class people of any color.” He says, from his reading and experience, the outright classist remarks are “relatively rare” and “for the most part class-prejudiced assumptions are based on professional middle-class ignorance and misunderstanding.”

Metzger argues the mainstream commentators are sloppy and superficial. For example, they tend to define “working class” as people without bachelor’s degrees.

Metzger says many of these commentators don’t realize that nearly 70 percent of all adult whites don’t have bachelor’s degrees. They assume that most whites are college educated like themselves and that white people who have graduated from college are less bigoted and narrow-minded than people who have not. He says, “As a college professor, I very much hope this assumption is valid, but I could find no solid evidence that it is.”

Metzger says there is a class-based blame-shifting (“It’s not us, it’s those rednecks!”), which helps perpetuate racism and other systems of oppression. The rather invisible but “well-documented institutional racism that involves banks denying mortgages, employers not hiring blacks, and landlords refusing and/or exploiting black renters is not generally carried out by poor and working-class whites, but by white middle-class professionals.”

Nate Silver, in a May 3 posting on his FiveThirtyEight website, says Trump voters are economically better off than most Americans:

“The median household income of a Trump voter so far in the primaries is about $72,000, based on estimates derived from exit polls and Census Bureau data. That’s lower than the $91,000 median for Kasich voters. But it’s well above the national median household income of about $56,000. It’s also higher than the median income for Hillary Clinton and Bernie Sanders supporters, which is around $61,000 for both.”

Republican voters are wealthier overall than Democratic voters and richer people are more likely to vote, particularly in primaries and caucuses. Silver said that that while turnout considerably increased overall from four years ago, there’s no sign of an especially heavy turnout among “working-class” or lower-income Republicans.

The median income for Clinton and Sanders voters — $61,000 for both candidates — was close to the overall median income in each state. Silver estimates that about 27 percent of American households had incomes under $30,000 last year. By comparison, 20 percent of Clinton voters did, as did 18 percent of Sanders supporters. But only 12 percent of Trump voters have incomes below $30,000.

Silver says that “although about 44 percent of Trump supporters have college degrees, according to exit polls — lower than the 50 percent for Cruz supporters or 64 percent for Kasich supporters — that’s still higher than the 33 percent of non-Hispanic white adults, or the 29 percent of American adults overall, who have at least a bachelor’s degree.”

Nevertheless, economic anxiety is widespread. Big majorities of Republicans in every state said they’re “very worried” about the condition of the U.S. economy, according to exit polls, and these voters have been more likely to vote for Trump.

Meanwhile at America’s most prestigious conservative magazine, The National Review, people are going into conniptions over Donald Trump and his support by lesser breeds. Kevin Williamson expresses utter contempt for people living in “downscale communities” in Appalachia and the Rust Belt. He talks about welfare dependency, drug and alcohol addiction, and family anarchy using the same type of language which was deployed against black “welfare queens” by Saint Reagan:

“Nothing happened to them. There wasn’t some awful disaster. There wasn’t a war or a famine or a plague or a foreign occupation. … The truth about these dysfunctional, downscale communities is that they deserve to die. Economically, they are negative assets. Morally, they are indefensible. The white American underclass is in thrall to a vicious, selfish culture whose main products are misery and used heroin needles.”

This country is full of “downscale communities.” For decades, incomes have stagnated and more people are looking for fewer jobs. This election year, Americans — both working class and middle class —want this to be discussed.