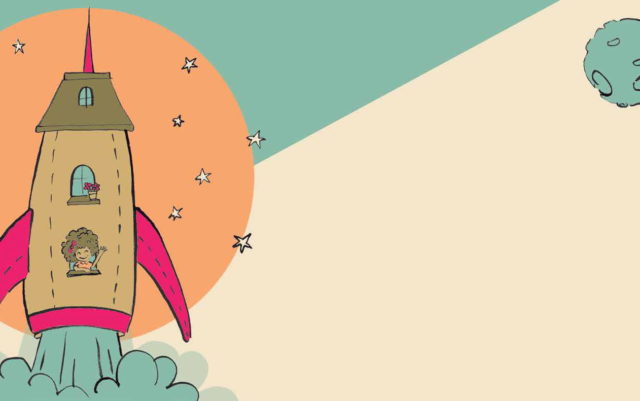 The rocket, consisting of three side-by-side Falcon 9 reusable first-stage boosters, launched one of Musk’s Tesla Roadsters, with a space-suited mannequin behind the wheel, in the general direction of the asteroid belt — to the delight of the world and the consternation of its scolds.

The car got a lot of press — as it should; who wouldn’t want to cruise around the solar system in a convertible, if only in their dreams? But the real story is that Falcon Heavy can put more than 140,000 pounds into low-Earth orbit.

When it comes to turning science fiction into reality, Falcon Heavy is a game changer of epic proportions.

The combination of the 70-ton payload capacity (more than twice as much as the next biggest rocket currently in production, the United Launch Alliance’s Delta IV Heavy) and the reusable first stages means that the cost of putting stuff into space — “stuff” being everything from satellites to sapiens — is about to fall like a meteor.

That compares to $350-$400 million for a launch of the Delta IV Heavy, which can lift less than half as much (about 32 tons) and can’t recover its first stage boosters for re-use.

So the Falcon Heavy can put a ton of payload in low-Earth orbit for one-eighth the cost of its closest competitor.

SpaceX is working on a follow-on rocket it calls the BFR (Big Falcon Rocket; the ‘l’ in Falcon is silent), which will be able to put 140 tons in orbit. In other words, the cost of access to space may be about to enter Moore’s Law territory.

And that means space travel is about to stop being a science experiment and start becoming a business opportunity — which in turn means the space frontier is finally about to open with a vengence.

To his credit, the USA Today reporter made a serious attempt to identify some of the potential users for that lift capacity. His short list included the Pentagon, and NASA, of course, along with companies that want to assemble solar power stations in space and beam the energy they harvest back to Earth, And companies that want to mine the moon and near-Earth asteroids.

But oddly enough, the article missed a customer that could easily become the single biggest user of Falcon Heavy rockets’ launch services over the next decade: Elon Musk.

Three years ago Musk announced his intention to launch a constellation of small communications satellites into relatively low orbits. The constellation, which was recently named Starlink, would provide cheap, high-speed, broadband communications and internet access everywhere on the planet. How many satellites? As Carl Sagan might have said, thousands and thousands. Or more precisely, 4,425 in the first phase, followed by an additional 7,500 later.

To put those numbers in perspective, the total number of satellites that have been successfully launched since October 4, 1957, when the first Sputnik went up, is about 6,600. And according to Sky & Telescope Magazine, the total number of stars visible to the naked eye from Earth (both hemispheres) is just over 9,000.

The first two prototype satellites for the constellation are due to be launched from Vandenberg Air Force Base in California on Saturday, Feb. 17.

The satellites each weigh about 880 pounds and measure about 44-by-28-by-28 inches. Judging by weight alone, a Falcon Heavy rocket should be able to launch 100 of them a pop with lift capacity to spare. Which means the entire phase-one constellation could be launched with fewer than 50 flights.

In order to make enough money to build a city on Mars, of course.

Here’s how Musk explained it during an interview in 2015:

“Over time, to build a full version of the system, we’re talking about something that would be $10 or $15 billion to create, maybe more, and then the user terminals would be $100 to $300 depending on which type of terminal. This is intended to generate a significant amount of revenue, and help fund a city on Mars. So in looking in the long term, and saying what’s needed to create a city on Mars, well, one thing’s for sure: a lot of money. So we need things that will generate a lot of money.”

About 30 percent of the world’s population still doesn’t have access to the internet. Most of the 70 percent that does wants cheaper and faster access.

USA Today asked who wants Falcon Heavy? A better question would have been who doesn’t?