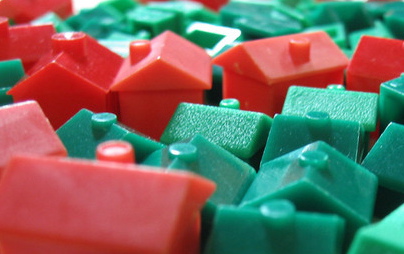 Boulder residents must realize that diversity is not implemented into their city by openly declaring their acceptance of it, but rather through changing structures which currently suppress diversification; therefore, Boulder must increase racial diversity through more affordable housing.

Although Boulder has been ranked a top place to live by various publications, the city’s shortcoming is found in its lack of diversity. Many residents have become aware of this flaw through their recognition of the city’s predominant white, upper-class community. One of Boulder’s major obstacles in implementing more racial diversity is the lack of affordable housing.

According to Richard Reeves, a senior fellow of economics at the Brookings Institute, the white population composes 76% of the upper-middle class in the U.S. In comparison to this statistic, Boulder is even whiter, with a demographic of 87.19% white residents. With escalated home and rental prices, it is apparent that the cost of living is catered to the upper class, resulting in low numbers of non-white residents who call Boulder home. The city must create options for lower-class families if it truly desires to attract more diversity.

Antiquated zoning laws and policies have contributed to the lack of solutions to the city’s housing crises. Zoning laws, such as the Greenbelt Amendment, prevent the development of lower-income housing outside of the city’s borders. While Boulder’s inhabitants believe this perimeter preserves its wildlife, they are often unaware of its origin.

Residents seem to forget that the land it attempts to conserve was stolen from the Ute tribe in the late 1800s. Boulder’s citizens should be more introspective when considering the expulsion of the Utes, along with the city’s involvement with the KKK in the 1920s, as shown by multiple local historians. Because of this, we must realize that much of Boulder’s history is rooted in racism.

Through careful research, one will find that the 1967 establishment of the Greenbelt Amendment was a reaction to prevent urban sprawl, which often leads to an increase in minority and low-income residents. It is my belief that, at that time, Boulder’s locals were aware of what urban sprawl leads to; therefore, this was their reaction to prevent such change from taking place.

With 45,000 acres surrounding its perimeter, Boulder’s citizens are convinced they would lose much of their land if the city expanded its borders, but planning advisor and designer Bob Bengford demonstrates how 44 to 59 townhomes can be built on a single acre. It is time to question what’s more important: losing a few acres to increase diversity, or being stuck in traditions which prevent it.

Building along Boulder’s perimeter is not the only solution to its diversity problem. Other remedies may be found through: rent control; more lenient policies on the building of accessory dwelling units (ADU); and constructing additional floors on existing businesses and houses. To persuade residents to build and rent out ADUs, as well as additional floors to their businesses or homes, Boulder can offer incentives. Cities, such as San Francisco, offer loans with low to no interest rates, forgivable loans and even small grants to residents who build ADUs for the purpose of renting them out.

Many of Boulder’s residents show resistance to such ideas, due to a fear of population density, which may result in an increase of traffic and pollution. The irony in this pertains to the fact that over half of Boulder’s workforce, many who are minorities, commute to their jobs because of the lack of affordable housing. Not only would affordable housing allow daily commuters to become local residents, it would contribute to a smaller emission of greenhouse gases as well.

Because of the lack of racial diversity, attitudes and perceptions in many of Boulder’s inhabitants remain covertly, and sometimes evidently, racist. It only takes a simple online search to find the stories and opinions of non-white Boulder residents facing discriminatory and racist behaviors. Whether locals are ignorant toward believing such statements, or are simply unaware of their behavior, it is a very real deficiency that plagues our city.

A lack of exposure to diversity only increases the probability of discriminatory perceptions and attitudes, as shown in the journal Social Psychological and Personality Science. It is time to expand such narrow-mindedness by increasing our ratio of non-white residents. The most glaring problem which prevents this is found in Boulder’s housing market. Boulder’s residents must realize that their words on expanding racial diversity remain useless without taking action.

Shane Czarnecki is currently a student at Front Range Community College who is planning on obtaining a bachelor’s degree in nursing at the University of Colorado.