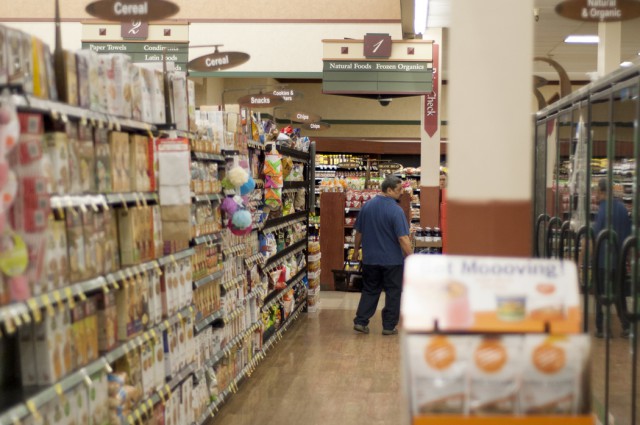 “The companies were thriving, but our workers didn’t thrive. Know what our workers got? COVID. Attacked. Beat up. Spit on. Slapped. Overworked. And the company? They did great. They did absolutely great, sitting behind their desk doing their job by Zoom.”— Kim Cordova, president of United Food and Commercial Workers (UFCW) Local 7 in Colorado

A recent Harris poll of currently employed people discovered that more than half of workers want to leave their jobs. Millions of them have!

Only about 12 percent of workers are in a union. A large number of the unionized have gone on strike. Former U.S. Labor Secretary Robert Reich says we have an “unofficial general strike.”

Many union contracts are expiring this year. For 40 years, unions have been forced to make concessions. The big corporations have  dominated our politics and both parties. During the pandemic, working life has become a nightmare for many. But the tight labor market has given workers more power.

Now King Soopers workers are on strike in Colorado. The company is a division of Kroger. A new white paper from nonprofit researchers at the Economic Roundtable called “Hungry at the Table” recently surveyed 36,795 Kroger workers were in the Puget Sound region of Washington, the State of Colorado, and Southern California. They received 10,287 responses. The study was carried out at the request of the United Food and Commercial Workers (UFCW).

The report begans: “Not too long ago, getting a job at a major supermarket was an entry into the middle class. Most workers worked full-time. A job in the grocery industry meant that one could make ends meet, afford decent housing, provide adequate meals for one’s family, even take a vacation and save some money for a rainy day. That is no longer the case…”

Two-thirds of those surveyed said that they do not earn enough money to cover their basic expenses each month. Forty four percent said that they cannot pay rent. Fourteen percent reported that they are currently experiencing homelessness or have been homeless within the  past year.

The report cites this bitter irony:

“Even though food surrounds Kroger grocery workers every hour on their job, over three-quarters  of Kroger workers are food insecure, based on the U.S. Department of Agriculture food security assessment tool. These workers cannot afford balanced and healthy food. They run out of food  before the end of the month, skip meals, and are hungry sometimes. Those with children report  they go hungry to provide food and other essentials for their children. Kroger workers’ exceptionally high rate of food insecurity is seven times greater than the U.S. average.”

Kroger is the only employer for 86 percent of their workers, making it their sole source of earned income. The company’s just-in-time scheduling practices make it nearly impossible for them to make up for their low pay with a second job. The report notes:

Think about that as you contemplate crossing the picket line at King Soopers. But there are other reasons to support the strike. In a report released last December, the Economic Policy Institute showed how unions are not only good for workers but also for communities and democracy.