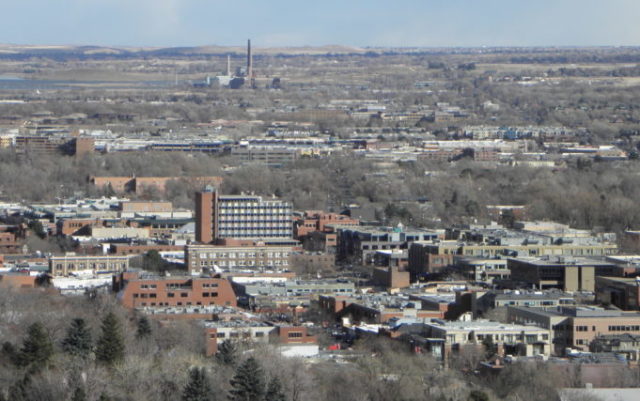 Can you imagine if President Trump or the Attorney General tried to change the election rules in the middle of an election season? Can you also imagine the anger that would sweep across the country? What’s hard to believe is that scenario is happening right now in Boulder.

The Boulder government has made repeated mistakes regarding our local democratic process this year and has effectively changed the rules in the middle of this election season. First, let’s talk about how this democratic process should have gone. The City was legally required to give residents accurate guidance about how many signatures were needed to get a petition on the ballot and when those signatures were due to the City. Once campaigns met those requirements by the stated deadline, the City was supposed to verify the signatures and, if enough were valid, they would place the initiatives on the 2020 ballot for the community to vote on. The City repeatedly gave specific guidance on these issues — based on rules that the City itself created, so a reasonable person would presume this guidance to be accurate.

However, the City of Boulder is now (just weeks before the stated deadline and months after thousands of community members have risked their lives to give or gather physical signatures during a pandemic) saying they gave campaigns the wrong information. To add insult to this, they’re saying that even if the campaigns meet all the requirements that the City originally outlined to them the City will not go through the official process to certify the petitions to be on the ballot. Instead, the City Attorney is going to advise the City Clerk’s Office to disregard Boulder voters’ constitutional rights for direct democracy and leave the decision of whether to put the measures on the ballot up to City Council, the very governing body that direct democracy is intended to circumvent. Boulder voters have a constitutional right to bypass elected officials and put measures on the ballot by gathering thousands of signatures. Citizen-led ballot initiatives are a core “check and balance” for our elected officials. In fact, if it weren’t for voter-approved ballot measures, we wouldn’t have the height limit, Blue Line, Open Space or council term limits. There are times when thousands of Boulder voters know better about what is right for our community than nine council members.

It’s clear that the City will be sued one way or another. The problem is the City has chosen the wrong side to defend. The City is now stating that they will not defend Boulder voters’ right to direct democracy, which only needs defending because of the City’s errors. Because of these errors, the Bedrooms Are For People and Our Mayor, Our Choice campaigns’ options for getting their measures on the 2020 ballot are limited.

The two campaigns have reluctantly explored the option of bringing a legal case against the City. But instead of forcing them to pursue litigation, which will consume limited City resources during a time of massive budget shortfalls, Council has the power to honor the people’s will now by upholding the democratic process and placing these citizen-led measures on the ballot directly for the November 2020 election.

The issue is not the substance of the two charter amendment petitions, but the functioning of the democratic process itself. Council has the responsibility to uphold the integrity of our government and election systems. The only way they can do that now is by referring the measures that met the original requirements onto the ballot. Placing these petitions on the ballot is not partisan, would not be an endorsement of the measures, and does not guarantee their passage. Proponents and opponents will have until Nov. 3 to make their case to the Boulder electorate.

When thousands of voters try to make their voices heard by signing petitions, will the City Council silence those constituents or fulfill their duty to represent them? Will Council suppress our right to vote or protect democracy? It may be up to Council to decide the fate of our democracy and these ballot measures, but it is up to you — Boulder residents — to demand that they do so.

Contact the City Council now and insist they preserve your right to vote: bit.ly/2WeYZrW

Alli Fronzaglia and Matt Benjamin are organizers for Our Mayor-Our Choice; Chelsea Castellano is an organizer for Bedrooms are For People.