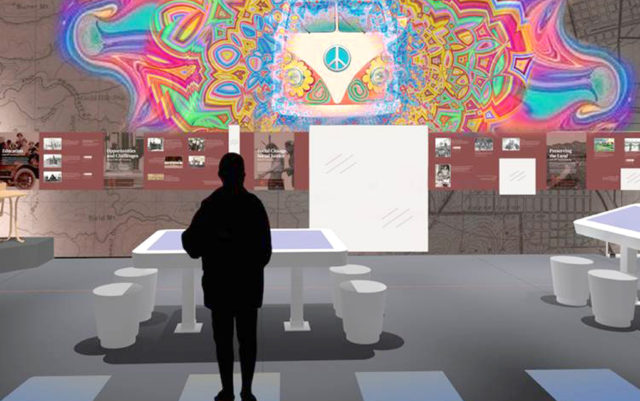 Consider the (now deleted) tweet by The New York Times: “Obama offered balm. Trump drops verbal bombs. But both were accused, in a polarized country, of making racial tensions worse.” Consider this a textbook case of false equivalency in mainstream media: two arguments presented together, as equals, when, in fact, they are not.

Then, there’s President Trump and his use of mobile keyboards — the Twitter megaphone that empowers, without distinction between public consensus and fringe babble. There are polls telling us public confidence in the actions of U.S. Congress flounders in the single digits, and under these unfiltered information-delivery conditions, it can’t come as a surprise.

Is this our fate in the dawn of the 21st century? Attempting civic conversation with “trash talk” as our source material? Or is there a place where the public can get the straight, honest-to-goodness scoop, where information is selected and presented in a good-faith effort to inspire learning and informed public discourse? Well, turn off your screen, and search no further, pilgrim.

There is at least one public institution that scores high marks when it comes to the public’s trust: museums. Studies vary but, in general, public trust in museums hovers around 80 percent. According to the American Alliance of Museums, “Museums are considered the most trustworthy source of information in America.”

For 34 years, the Museum of Boulder was located on University Hill in the Harbeck-Bergheim House, a 4,000-square-foot historic home built in 1899. But the musuem moved downtown after an extensive three-year renovation of the former Masonic Lodge building, and doors to the revamped exhibits opened in May 2018.

The $11-million relocation project features both permanent and traveling exhibits, with multimedia and interactive experiences and displays. It also includes a learning center for adult and school programs, in addition to a children’s space for interactive experiences. And as this upgraded facility continues to evolve, with more exhibits and installations in the works, it does so at a time when many in the field are rethinking the role of museums for the 21st century. Around the country, museums are experimenting with new ways of storytelling and renewing audience engagement with history, which is only as alive as the public’s investment. The Museum of Boulder’s exhibits reflect the values inherent in these new directions, values that create an alternative place for citizens to turn to for good information that can enable them to engage constructively in their communities and beyond.

The centerpiece among the new installations is the Boulder Exhibit Gallery, a permanent 2,600-square-foot exhibit that opens its doors in November 2018. The $2-million project has been two years in the making. In this space, visitors will be guided through displays, interactives and multimedia experiences that cover the history of Boulder from the earliest days of Native American inhabitants, through key times of cultural, scientific and economic change, continuing to the present day. There will be stories ranging from the travels of Chief Niwot of the Arapaho to the building of the Keppler telescope by Ball Aerospace.

Nancy Geyer is the executive director and CEO of the museum, and she sees the Boulder Exhibit Gallery as an important statement on behalf of the museum’s commitment to expanding its public education role. “[The Boulder Exhibit Gallery] will show people how we got to where we are,” Geyer says. The gallery’s goal? “An informed citizenship with an expanded scope of what is going on today,” she says.

The increased emphasis on its public education function is one of the key qualities of the museum’s changing character. Traditionally, historical museums devote their main efforts to collecting and preserving documents and artifacts. Preserving the history on behalf of society was how and why most museums came into being. But the increasing shift toward public engagement brings everyone into the historical record as a participant. Exactly how that happens is open to the creativity of the advocates of this approach — the people like Geyer who are willing to think outside the box.

This is not to say the Museum of Boulder doesn’t have a curatorial presence as well. It has an archive of 900,000 photos and documents on permanent loan to the Carnegie Library, which is located next to the museum. A 7,000 square-foot off-site building holds another collection of 44,000 artifacts, some of which are being made ready for inclusion in the Boulder Exhibit Gallery. It’s clear, however, that the pendulum is moving toward the audience-centric approach, as an excerpt from a 2016 Museum of Boulder annual report reads, “to fundamentally reframe how people approach history and view their own role in its creation.”

For the Museum of Boulder, the decision to move venues provided the perfect chance to kick-start this new participatory approach, where history is not viewed as confined to a past but exists on a continuum with many vantage points from which patrons can explore and ponder events.

While not everyone agrees about shifting a museum’s emphasis away from traditional curating and toward cultivating greater audience appeal, the Museum of Boulder, through the Boulder Exhibit Gallery and other programs, is making a strong commitment to the public education approach.

One such example is the museum’s “Inclusipedia” program, which Geyer says is about tracing the immigration history of various ethnic groups into the Boulder area. Community members meet at the museum monthly and, under the guidance of staff, learn how to make new Wikipedia entries and edit old ones. Their goal is to include influential figures from Boulder’s past and present in Wikipedia’s database and make them available for researchers.

Past efforts have emphasized entries of people of color and women from Boulder. Only 17 percent of Wikipedia’s biological pages are about women, according to Museum of Boulder staff, and Geyer says that there are submissions by local contributors about African American, Latino and Japanese migrations into the area that are now in the historical record as well. One entry tells the story of more than 150 Japanese Americans who were recruited from the World War II detention camps to serve as instructors at the Navy Japanese Language School, which operated on the campus of the University of Colorado at Boulder.

Inclusipedia allows community members to participate in the creation of their own history. It’s another way the Museum of Boulder offers citizens a path to their own empowerment.

Creating opportunities for citizen involvement at the Wikipedia level may be one participatory path, but the picture changes when it comes to telling the story of the Arapaho, who were the first inhabitants of the Boulder area. The Arapaho have not always had the opportunity to participate in the telling of their own stories. Kevin Gover, director of the Smithsonian’s National Museum of the American Indian, believes that omission may be the greatest threat Native Americans face today.

“Perhaps the largest [danger] is the ignorance of the non-Native public about the Native American past and present,” Gover says, which is one reason why museums across the country continue to wrestle with accurate representation in exhibits as society grows ever more multicultural.

Still, this increased awareness gives rise to a number of pressing questions, some which have no easy answers. For example: Who has standing to speak on behalf of a community? Surely the community member of course. But, what about the curator/archeologist/anthropologist who is a specialist in the field, but not a member of the community? What about cases where competing representatives each claim to speak on behalf of a community? Who has standing to challenge a group’s validity? These are all questions at the forefront of policy debates as museums increase outreach and seek broader community engagement.

The reality is that as we move forward, ethnic groups will continue to increase demands for control over their histories and how they are portrayed, and museums will experiment with how to respond compatibly with their expertise in order to complement community members’ interpretations of their history.

In the case of the Museum of Boulder, the thornier questions of identity and representation seem to have been handled through careful consultations with Arapaho elders from both Oklahoma and Wyoming. An Arapaho guest curator was hired from the Wind River Reservation in Wyoming to consult on the Native American portion in the Boulder Exhibit Gallery, which will feature a multi-media theater experience with Arapaho elders telling their story.

Taking the museum’s increased public involvement and expanded educational roles to new levels has led some in the field to speculate whether museums are becoming change agents. In other words, has the educational emphasis — where exhibits directly address social problems and jump-start social engagement — led to museums becoming a force for change? And, if so, does that interfere with the reputation of museums as a welcomed source of reliable, impartial information?

Geyer’s believes a balance can be struck. “We’re careful to avoid taking sides in what we do,” she says. “But we do hope what we present will stimulate people to help them see new ways of thinking.”

Kristen Lewis is the curator of collections at the museum and responsible for assembling the historical artifacts that will complement the multimedia and interactive experiences going into the Boulder Exhibit Gallery. She describes the museum experience’s influence on behavior as more individual: “If the exhibit stimulates [a patron’s] interest to a level so they do their own follow-up research when they leave,” she says, then they’ll consider themselves successful. In her curator parlance, doing follow-up is referred to as, “taking a deeper dive.”

Altogether, the Boulder Exhibit Gallery will showcase culture via myriad channels — from the filmed storytelling of Arapaho elders to displays of memorabilia and musical instruments, from the Caribou Ranch recording studio of the ‘60s, to an immersive experience of living on the NASA International Space Station. It will show the latest weather and climate change research to come out of Boulder-based labs, as well as illustrate the entrepreneurial spirit that launched the organic and natural foods movement. The accomplishments of the tech industry will also be on display, along with a place to experiment with laser technologies, virtual reality and aerodynamics in a wind tunnel.

Creating a place that expresses the history of a community in such dynamic display is not to be taken lightly. Many who study the development of policies that foster cultural and historical preservation know that what the Museum of Boulder is doing offers a pathway for a community to discover the specialness of its place.

Dr. Constance DeVereaux, an expert in cultural policy and management who has published extensively on issues of cultural identity and consults with cultural heritage groups, says, “Unique heritage is one of the best reasons for museums to exist in smaller towns, like Boulder, across the United States.” She continues, “It’s a way for a community to remember, celebrate and preserve something about itself that makes it different from every other place on the planet.”

An excerpt lifted from the Museum of Boulder’s mission statement declares its drive to “connect to the past to provide a context for the present.” The span of the Boulder Exhibit Gallery, from Chief Niwot to the latest from NASA, is evidence of that claim.

If the Museum of Boulder’s reinvention can indeed connect with the public’s quest for information — the kind that nurtures a strengthening of civil discourse — then it’ll only strengthen the case for an interactive educational approach to historical information. They may be onto something. And you may want to head over and take a look.