A Weather Channel report from mid-July ranked Denver No. 7 in a list of U.S. cities most at risk because of climate change. The Denver entry reads, “In some iterations of this list, with different factors weighted differently, Denver took the number 1 spot.”

Colorado is expected to get hotter, springs will thaw sooner and summers will stretch on longer. This could make wildfires worse, exacerbate droughts and shorten the ski season. But what is it that put Denver ahead of St. Louis, Missouri; Miami, Florida; and Anchorage, Alaska?

Mainly, the urban heat island effect, Berger says. Urban heat islands result when a cluster of buildings, roads and infrastructure in the form of a city is measurably hotter than surrounding areas where blacktop hasn’t replaced vegetation.

The list proclaims that Denver can get 23 degrees hotter than nearby rural areas. This is based on a Climate Central report, which found that in the worst-case scenario, Denver and its neighbors could experience a temperature difference as extreme as night and day. The average difference, a more modest 4.9 degrees, still put Denver third in the nation for cities affected by summer urban heat islands.

The intense difference begs the question: what nearby areas are that much cooler?

Climate Central pitted each city against three rural counterparts, making sure they were within about 150 miles of the city station, had the same habitat type and were sparsely populated enough to be considered rural.

For Denver this entailed two locations in Colorado and one in Wyoming. Colorado’s Saguache and Cheesman stations are at elevations of 7,700 and 6,880 feet respectively. Cheesman has the added cooling factor of being next to a lake. The Chugwater, Wyoming station is close to Denver’s elevation, but it’s 145 miles north.

These locations shed light on the drastic temperature difference, but may not paint the whole picture by faulting the urban heat island alone.

“I do acknowledge that there are definitely, I wouldn’t say flaws, but that the list is not perfect,” Berger says, “that it’s a work in progress and that everything is going to change as soon as we have more data.”

In an interview with the Weather Channel, Hayhoe and Mann said that how people value different factors easily changes the list. With urban heat islands and extreme weather as more significant factors, Denver topped the list. Once sea level rise became the most heavily weighted factor, New Orleans took the lead. Hayhoe argued that sea level rise was more important because no one can live underwater.

“We weren’t trying to create this comprehensive list,” Berger says. “We basically just wanted to spur conversation about a topic that we feel is really important.”

So let’s converse about what climate change will actually mean for Colorado.

The state of Colorado acknowledged the reality of climate change in a 2013 House bill that required annual reports about what climate change will mean for the state and how to combat it. As a major hub of scientific information, Boulder’s labs and researchers were more than prepared to comply.

Eric Gordon, managing director for Western Water Assessment at CU and co-lead author of the 2015 study, says that if you want to know what climate change will mean for you, you need information specific to where you are.

“If you were to look at the United States as a whole you would see trends that really don’t apply to the state of Colorado,” Gordon says. “There are important unique factors about where we are — our midcontinental location, our low humidity, the fact that the mountains are a major driver of the dynamics of the weather out here — that aren’t picked up in many of these other reports.”

So far, in the last 30 years, Colorado has warmed by 2 degrees and spring snowmelt has shifted one to four weeks earlier. As far as what to expect, there are a few things we can say are happening with relative confidence.

By 2050 we can expect average temperatures to be 2.5 to 5 degrees hotter, summers should be warmer and longer, and winters will likely be wetter, according to the 2014 report. Models have reached a consensus on these aspects of climate change.

“It’s comforting when you see the same results repeating with slightly different sets of data [and] new model projections,” says Jeff Lukas, co-lead author for both Climate Change in Colorado and the Colorado Climate Change Vulnerability Study. “We say ‘OK, we’re getting stable messages from the state of the art climate science with respect to what we should expect in the future.’”

Warmer temperatures bringing earlier springs, which mean shorter ski seasons and longer growing seasons. The spring pulse, caused by melting snow, will occur earlier in the year. So anyone or anything using that water, from farmers irrigating crops to fish living in streams, will have to adjust.

“You’ve got this longer growing season, which sounds like a good thing on paper, but will there be the water, both irrigation water and natural precipitation, to support the vegetation that grows?” Lukas asks.

Colorado’s river systems are largely dependent on melting snow. If all the snow melts away earlier in spring, there will be little water left by the dog days of summer. The problem is compounded by the fact that plants, just like people, need more water in warmer temperatures.

“In a way you could say that plants sweat,” Lukas says. “[They] release water for different reasons physiologically, but as it gets hotter you need to take in more water as an organism to replace the water that’s being released into the atmosphere.”

So when the ski slopes melt down the mountains sooner in spring, we must find a way to store enough to last the longer summer and to compensate for the increased need of our heat strained plants.

“It can be a little challenging to get a hard grasp on exactly how much water we’re going to have available in the future,” Gordon says. “But what we definitely don’t want to do is get ourselves in a situation where we are blindsided and we have demands far outstripping available supplies and the best way to [avoid that] is to think about it and also to coordinate.”

He suggests municipalities band together to plan, be aware of the range of vulnerabilities and back each other up in emergencies.

Running low on water threatens more than our crops and our taps. If we’re hot and dry, forests are too, and that means wildfire.

“We will have a tendency to have more wildfire,” Lukas says. “We’ve seen that historically those years where we have warmer springs and earlier snowmelt, you tend to get more fire.

“It has sort of a cascading effect throughout the whole summer season, into the fall even, for both water and our overall landscapes when we have earlier springs,” he says.

There’s less consensus about the future of precipitation in Colorado because it’s based on more variable systems including jet streams, the North American monsoon season and complexities of mountain weather patterns.

In the northern half of the West, the future looks like rain, while the southern half is predicted to have drier skies.

“We will probably see a shift in precipitation toward wetter winters and drier summers,” Gordon says. “That’s probably the area of precipitation where we have the most confidence.”

Beyond agriculture, fire and an uncertain water future, climate change poses problems for energy use and Coloradans themselves.

Energy and climate change clash on multiple fronts. The increasing heat from climate change prompts Coloradans to crank up their air conditioners. This puts additional strain on electric utilities when they’re already the most taxed — in summer — which is primarily because of our addiction to air condition.

Gordon, whose work focused on vulnerabilities, says, “The question we really asked was, ‘Where is the intersection between where the physical changes in our climate will affect the state and where we are least prepared to adapt to them?’”

He says elements that affect the economy, like agriculture and recreation, tend to stand out, but the report also outlines climate change’s threats to land, water, agriculture, energy, transportation, outdoor recreation and public health.

“As we kind of go down the line of impacts and vulnerabilities, there’s some obvious consequences to that, like people being exposed to daytime hot temperatures probably becomes much more of an issue,” Gordon says.

He put specific emphasis on outdoor workers, like construction and highway workers toiling in the sun; the elderly, who are more susceptible to heat-related injury and often have no one making sure they have a chance to cool down; and children and teachers in older classrooms without air conditioning.

Both Gordon and Lukas emphasize that being aware of what’s coming and preparing for it are the best things we can do.

Lukas says there are two sides of the “what do we do” coin. The first is mitigation. By reducing the amount of greenhouse gases we release into the atmosphere, we reduce future effects of climate change.

“The second part is adaptation,” Lukas says. “How do we adapt to the changes that are inevitable because we’ve already baked in a fair amount of warming to the atmosphere? Depending on what policy choices we make with respect to future carbon emissions, we may have more or less impact to deal with, but we’re gonna have some, we know that.” 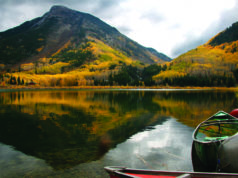 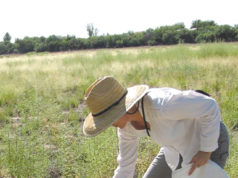 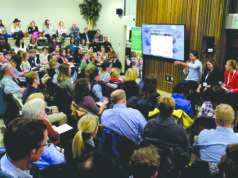