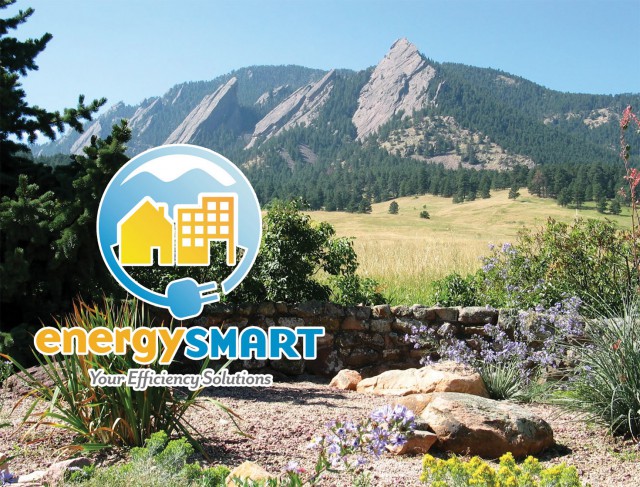 As the temperature drops, the renters among us crank the heat and curse the landlord who won’t replace those old, leaky windows. But then, why would he? He doesn’t see a penny of savings off his bill, does he?

That same conflict plays out for businesses, too, especially in energy-efficiency and eco-friendly matters.

It’s a clash that Bill Hayes, business sustainability team lead at Boulder County’s EnergySmart energy efficiency service, is all too familiar with.

“The majority of their properties, they don’t pay utilities, the tenant does,” Hayes says of commercial property owners.

“So their first question to us is, ‘Well, I don’t pay the utility bill so why should I pay to make the equipment more efficient?’ Then you talk to the tenant and they say, ‘Well, I don’t own the building, why should I put the money into it?’” Hayes says. “They’re both pointing the other way.”

Hayes’ hope is that long-term tenants will see the potential benefits in paying for energy efficiency upgrades.

“We can look at their lighting systems and say, ‘Look, you might not own this lighting system, but if you pay to upgrade it, you’ll get a payback in less than two years, and the next three years of your lease you’ll be saving money,’” he says. “And saving money is making money.”

But it’s not easy. “It’s a tough sell on both sides,” Hayes says, “when neither one really feels the responsibility for upgrading the systems.”

A tough sell, but not an impossible one. EnergySmart team members did successfully convince commercial real estate owner W.W. Reynolds, which, along with Tebo Development, is one of Boulder County’s largest property owners, to upgrade lighting in a majority of its properties. Hayes says he’s been working to convince both property owners to improve energy efficiency.

“There are some properties in our portfolio that didn’t get upgraded because they’re just too small,” Aaron Schlegel says of W.W. Reynolds’ 2.5 million square feet of
commercial property portfolio, noting that recently constructed
buildings didn’t need upgrades. Hayes says Reynolds primarily replaced
T12 lighting in its properties across the county.

At Neptune Mountaineering, which rents a property from Reynolds, Manager Dan Vardamis says the new lights are an improvement.

“We’re
using more energy-efficient bulbs,” he says. “They’ve been in here
quite frequently [to replace the lights] and as far as we can tell the
store looks just as good, and we’re saving money on the electric bill.”

But,
as Vardamis notes, Neptune’s been in its South Boulder home for more
than a decade, so the shop does its own upgrades as well.

“We
have a swamp cooler on the roof” in place of a traditional air
conditioner, Vardamis says. “I’d say we’ve certainly had it for at least
a decade now. And we use overhead fans, which keeps the place cool.”

Schlegel says the push from EnergySmart got his company moving.

“The
EnergySmart Program is what facilitated us being able to do it,” he
says. “They helped us process a lot of the paperwork, helped us
understand the public-private partnership and how that would work.”

But he acknowledges that the competitive element is always present.

“We’re
always concerned with how our buildings compete in the marketplace, and
any time we can reduce the triple net expenses, it helps us compete
with the other properties in town.” (Triple net expenses, which include
utilities, represent costs the tenant must pay.)

“Tebo
and Reynolds, they’re the big two,” Hayes says. “We knew that we needed
to crack that nut to be successful. So Reynolds basically went through
all of their almost 100 properties and took out every T-12 fixture and
upgraded it.

“We had
very little success getting Tebo’s attention,” he says, “but when he
hears that Reynolds is doing this and the assistance they got and the
results and savings that they’re seeing, he’s going to listen to that,
not me.”

Representatives of Tebo Development did not respond to requests for comment before press time.

At
least there are options, if businesses can move beyond the split
incentive. Hayes says there are a variety of rebates and loans
available, although it isn’t easy to navigate them all.

“It’s
something that changes pretty much on a week-to-week basis,” he says.
“It’s difficult for us to stay on top of the different loans and
programs out there.”

Aside
from the services EnergySmart offers, which focus on reducing energy
use, there’s the 10 for Change program, where businesses aim to reduce
energy use by 10 percent a year; Boulder’s water conservation program;
PACE, which also focuses on energy efficiency; a zero waste program; and
a flexible rebate program that offsets taxes and fees for businesses
that meet energy goals.

The
most common projects for the loans, which he says can range from $1,000
to $150,000, are replacements of heating and air conditioning units.

“Unfortunately
with HVAC how it typically happens [is] people keep that equipment
going as long as they possibly can with duct tape and baling wire,” he
says. “Actually, they’re doing themselves a disservice because once a
piece of equipment gets to be 20plus years old, it’s no longer running
at anywhere near the efficiency it was when it was new, so it’s costing
them huge amounts of energy and dollars to keep it running.”

Hayes
also says Xcel Energy in Boulder and Platte River Power Authority in
Longmont are offering rebates for business owners who replace T12 lights
with newer, more efficient lighting. A federal law prohibits the sale
of new T12 bulbs, Hayes says, so business owners will have to upgrade at
some point anyway.