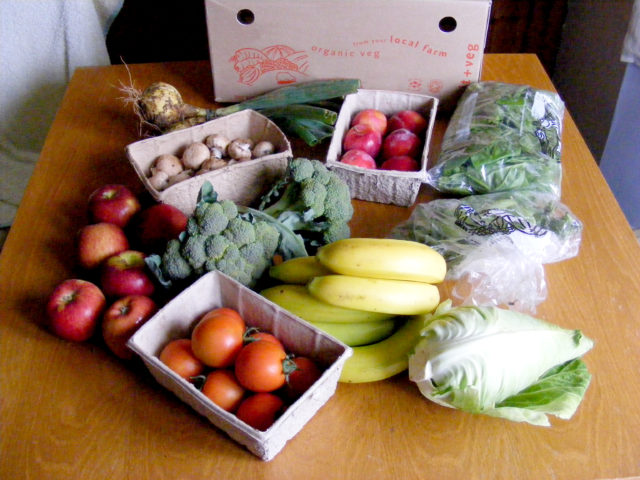 Chefs and farmers have been joined at the hip for eons by mutual interests. It’s only recently that the “farm-to-table” tag has popped up on everything from restaurant websites to supermarket produce sections.

According to Boulder chefs whose eateries are farm-focused, “farm-to-table” may not mean much anymore. The alternative, “local,” isn’t much more helpful for diners.

“Twenty years ago there were just some crackpots out here — me being one of them. We got fed up with mediocre, tasteless ingredients from factory farms,” says chef and farmer Eric Skokan. “Now, it’s like every McDonald’s is flexing its farm-to-table credentials.”

This year, Skokan and his wife, Jill, will devote 50 or 60 acres of the 10-year-old Black Cat Farm in Longmont to raising 160 pigs, 250 sheep and six head of cattle, and dozens of crops including carrots, leeks, lettuces, green beans and sweet potatoes.

Skokan says he loves growing odd specialty crops such as shishito peppers, cardoons, Belgian endive, peanuts and exotic greens from Japan. The challenge is figuring out how to sell them.

The farm supplies two eateries — Boulder’s Black Cat Bistro and Bramble and Hare, and a farm booth at the Boulder County Farmers Market, where the Skokans are adding a food court stand. “Customers can have a great pork burger and salad and then pick up the same ingredients from the farm,” he says.

All of this activity is designed to keep their business sustainable, especially since the certified organic farm doesn’t use any pesticides. “If the aphids come for the kale we abandon the field and set up an electric fence,” Skokan says. “Then the pigs eat the kale and the aphids and the pork is served in the restaurants.”

Farm-to-table defines what’s on the plate. “For the diners it means, in season, that just about everything they are tasting at night was harvested that day or the day before on our farm,” Skokan says, except the usual suspects like coffee, lemons and olive oil.

“For us it’s worth the effort. When you get food that’s been rushed from the farm and treated with respect it ends up being spectacular,” Skokan says.

The term farm-to-table may have been co-opted, but that might not be all bad. “At least we are having the conversation. Maybe if they see farmers on the wall at McDonald’s they will go to a farmers market to check it out,” he says.

Zeal decides to grow its own

“To me, farm-to-table means fresh, tasty, simple and cheap. At least, it should mean that,” says Leslie White, executive chef at Zeal in Boulder. The four-year-old eatery will open a second location in Denver this summer.

“We don’t think it should be that expensive to eat fresh food, but it’s such a battle to make money in restaurants. It can be tempting to source cheaper ingredients,” he says.

Last summer Zeal debuted the Zeal mini-farm north of Boulder, overseen by “Farmer Sam” Hitchcock. “It was a great opportunity to grow some of our ingredients in an organic way and save on food cost,” White says.

The change supported the restaurant’s larger mission of transparency. “It
meant our servers could talk about where the food was from. We could say for
100 percent sure that this was how it was grown and when it was picked,” he says.

Zeal Farm has doubled in size (to an acre) for 2018. “This season we are growing kale, beets and carrots — a lot for juicing. We’ve also got cukes, peppers, eggplant and some microgreens in a little greenhouse. We use the Napa cabbage to make our own kimchi,” White says, adding that he goes through at least 150 pounds of cabbage a week. Zeal supplements with produce from Kilt Farms and other local outfits.

While local diners take the abundance of farm-connected eateries for granted, visitors don’t. “I get a lot of out-of-town customers saying they wish there was something like Zeal where they live, something connected to farmers,” White says.

Local food is in the mission statement for the three-year-old Seeds Library Cafe set on the bridge over Boulder Creek at the Boulder Public Library.

“I don’t think that farm-to-table means much. It all comes from a farm at some point. It’s more important to know who grows your food. Then you know how it is grown,” says Matt Collier, chef at Seeds.

“There are seven Boulder County farms that we get about 70 percent of our produce from, but there are probably 30 farms — lots of small ones — we buy from during the year,” he says.

Collier understands that Boulder chefs have hard choices. “The rent is really high. Its can be hard to justify spending more to buy local ingredients,” he says.

It’s especially challenging if you need exactly the same ingredient every week. “We have a flexible menu. Our idea is to cook what comes to us. I mean, is it more important to have tomatoes on the menu or what’s given to you by the season?” Collier asks.

Which farm is on your plate?

As the executive director of the Boulder County Farmers Markets, Brian Coppom is happy when restaurants promote local agriculture.

“Chefs are so celebrated that they can do a lot to give diners a positive introduction to farm-to-table food,” Coppom says.

What farmers hate is restaurants bragging about using produce from a local farm that they no longer buy from, he says.

“Or you’ll also see a long list of farmers on the menu, but it’s not clear how much local food is actually on the plate. Is it only 10 percent or is it the whole enchilada? The real question is: ‘Which farm is on your plate today?’” Coppom says.

Having the “organic” label is less important, he says.

“The vast majority of local produce is organically grown, even if it’s not certified organic. That is a very expensive process. Smaller farms are not automated and it takes a lot of hand labor to pull weeds instead of using pesticides.”

The biggest complaint Coppom hears about local food is the price cost.

“What they are really saying is: ‘I don’t want to pay the full cost of what it takes to get me the food.’ That means that the farmers or the workers or the environment pays part of the cost. That’s not a sustainable, healthy system,” Coppom says.

Restaurants and farms are finding diverse ways to help each other. Coppom says many chefs source produce from farmers markets, farm stands and directly from farms. For instance, chef Teri Rippeto of Denver’s Potager has shopped the Boulder Farmers Market every Saturday for two decades. Natascha Hess sources some of the produce for her Ginger Pig food truck from Lafayette’s Isabelle Farm, where she also sets up shop to sell her Asian street food.

Coppom optimistically looks to a time when farm-to-table is no big deal. “It will get to the point that it’s no longer hipster, just normal,” he says.