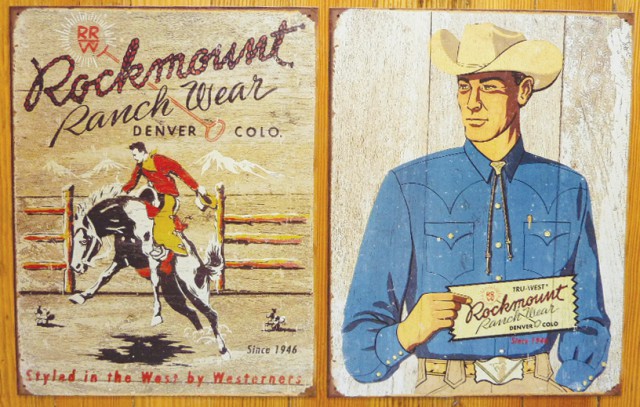 The bootstrap-pulling, flannel-wearing, trophy buckle-adorned tales of survival and triumph over the elements are a well-loved part of Americana. So does it matter that the leather to make the boots, fabric to make the shirts and metal to make the buckles don’t come from around here?

While the push to shop locally calls for more locally owned stores and locally made products, as the market moves to expand those options, it will reach certain limits. From belt buckles to sausage to shirts, those
interested in making products locally are finding that the decline of
factories in the United States has made it virtually impossible to go
local all the way. They’re sourcing materials from out of state or, more
often, from out of the country.

Ray
Cornell is the second generation owner of R & R Buckles, a maker of
custom and trophy belt buckles for the past 40 years. While he makes
his buckles here, there isn’t any place in Colorado where he can buy the
leather and metal he needs at wholesale quantities. Manufacturing jobs
have been siphoned off with big business consolidation, he says.

“They
may have started out in the United States, [but] everything’s pretty
well outsourced now,” Cornell says of his competitors. “The vast
majority of what they do now is from China and Mexico. They got big
enough where they couldn’t keep up with demand, so they went other
places.”

Even if we
could keep everything in house, which would seem to promote
entrepreneurship and job creation, we may have already passed the point
of no return in our ability to do so. The global economy has created a
playing field so large and competitive that, in many instances, what was
once made in the United States has been outsourced around the world to
cut costs. Federal Reserve Economic Data shows a 35 percent loss of
manufacturing jobs in Boulder between 1990 and 2010.

As
a cut-and-sew clothing manufacturer in Denver, Sunny Kim gets most of
her raw materials from the East or West Coast, and she has seen the
market tighten up as costs shoot downward.

“There was a time that everything was domestically produced and it was actually feasible in cost.

But
now that everything’s pretty much global and everyone can get their
hands on imports,” Kim says, “it’s a very competitive market.”

At
Boulder Sausage in Louisville, President Tom Griffiths says that even
if he raised his own hogs locally, the lack of processing options makes
the point of local sourcing moot.

“There
might be hogs that are raised here, but they still get transferred back
East for processing,” he says. “There is no hog processing facility of
enough magnitude to supply us here. And we’re really small in the eyes
of that industry, so it makes it very difficult.”

“The
issue right now with going organic is the supply. The media has built
it up to the point where [local sourcing] seems accessible, but it’s
not, at least in any sort of volume,” he says. “If there are really good
[organic] meat suppliers, other big meat companies come in and take
over.”

For all the talk about local goods, Colorado has never been a very large
manufacturing base in our country. And as a percentage of jobs,
manufacturing has steadily declined in Colorado from 16.1 percent of the
job base in 1970 to less than 6 percent today, according to a May
article in ColoradoBiz magazine.

There
just may not be a sustainable way to locally source all of the
ingredients we need to make products. Anything larger than cottage
industry tends to move into the manufacturing realm, where, despite a
plethora of choices, sometimes the market will make decisions for you.

As
president of the quintessentially American company Rockmount Ranch
Wear, located in Denver, Steve Weil has seen an entire way of life
shuttered while maintaining standards of quality impossible to achieve
by those following the lowest price. Despite that fact that it adorns
countless celebrities, appears in hundreds of movies and holds a place
in the Smithsonian, even Rockmount cannot escape the fact that our
manufacturing base has gone and may never come back.

“The
business landscape has fundamentally changed to the point that there
are certain raw materials and labor skills that do not exist in the
United States today,” Weil says. “I’ve seen the mills that we bought
various fabrics from [over the years] close one by one.

“I
don’t believe cheapest is sustainable, unless we want to bring down our
whole society. … This is not building our economy, it’s basically
sucking it dry.”

Weil
and other business owners say they would gladly support efforts by local
entrepreneurs to provide them with the materials they need, even if it
may affect the bottom line.

“If
something is marginally cheaper, I don’t have to import it for a
marginal savings,” Weil says. “I’m willing to pay more — the question is
how much more — to buy locally.”