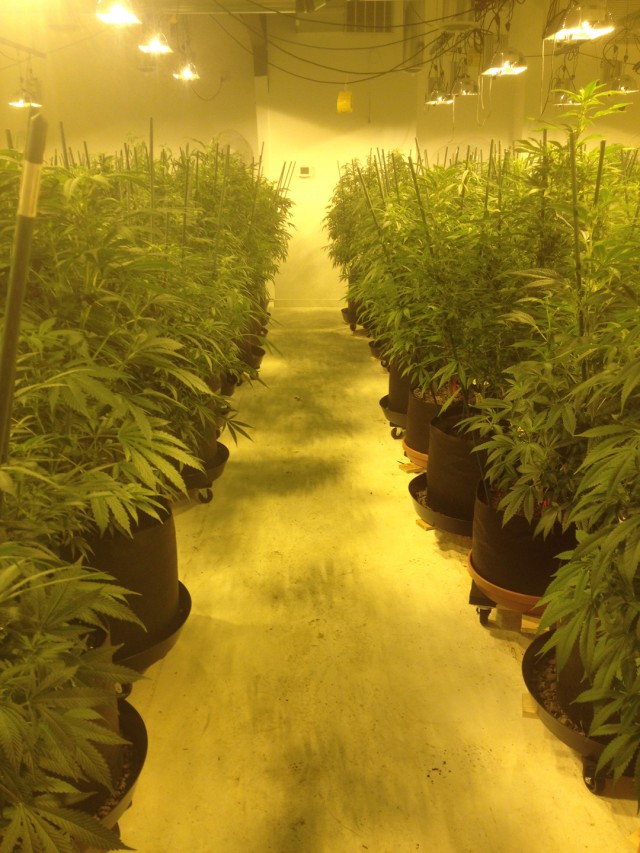 Your next blunt or pot brownie may have some undesirable additives, including neurotoxins, molds and heavy metals. Arsenic, anyone?

The passage of Amendment 64 in Colorado legalized recreational marijuana for those 21 years of age or older, and House Bill 1317 initiated mandatory potency testing — but only for the recreational stuff. Unless specifically requested, neither recreational nor medicinal marijuana is tested for potentially harmful toxins, including pesticides, fungicides, herbicides and molds.

Matt Haskin, co-founder of quality assurance testing laboratory CannaSafe Analytics, says the most common toxins found on cannabis are pesticide residues, including avermectins and miticides. In high enough doses, these can affect the central nervous system. Based in southern California, CannaSafe Analytics was the first cannabis-testing laboratory in the nation accredited by the International Organization of Standardization.

“One of the biggest [pest] problems with cannabis is spider mites,” Matt says. “We’ve found traces of certain pesticides that cannabis growers use [to control spider mites] that are not allowed in any agricultural farming situation and are mostly used for ornamental flowers that won’t be consumed by people. These miticides are neurotoxins that can build up in the body. It’s very rare that laboratory growers want to test for residues, and there are no regulations in place that require them to do so.”

Molds can also be an issue with cannabis. According to California-based Steep Hill Labs, Inc., the most commonly seen mold is mildew, which is also the least harmful. Aspergillus, however, is also found on cannabis and can have highly toxic carcinogenic properties that damage the kidneys. Users who already have a compromised immune system may be exposed to additional contaminants of untested cannabis.

Based on the Colorado Department of Revenue sales numbers, medical marijuana patients are shell ing out big money for potentially untested product.

For the entire first half of the 2013 to 2014 fiscal year, Boulder County recorded nearly $21.7 million in medical marijuana sales, adding to Colorado’s total of nearly $216 million.

Recreational marijuana sales are bringing in the dollars too. With approximately 686,000 yearly users and 485,000 monthly users, the Marijuana Enforcement Division released a study in July estimating marijuana demand by Colorado adult residents will reach 121.4 metric tons in 2014.

The demand for both recreational and medicinal marijuana has put pressure on growers and producers to grow faster with higher yields, which may lead to some growers compromising quality in order to meet the demand.

“There are fantastic growers out there right now, and a lot of horrible ones,” says Randy Haskin, Matt Haskin’s father and laboratory director for CannaSafe Analytics. “Always question whether or not the product has been tested.”

“Plant growth regulators were developed to increase the flowering of ornamental plants and make them grow bigger and faster,” he says. “This is fine for ornamentals. If they’re used on cannabis, the buds will be bigger and the plant will look healthy, but it will be full of metal, including mercury, zinc and arsenic.”

Although traces of extremely harmful chemicals are rare, laboratories are only able to test whatever samples certain registered growers and dispensaries send in, leaving users to question how many choose not to, and why.

Sean Bradley, lead grower for Organic Alternatives Medical Marijuana Dispensary in Fort Collins, says he believes that all marijuana, recreational and medicinal, should be tested and upheld against the industry standard.

“We test every single one of our batches for potency and for contaminants,” he says. “The reputation of the industry is at stake when it comes to that kind of thing. Consistency should be standard — this is legitimate of any industry, not just marijuana.”

Organic Alternatives markets all of their products as grown and produced organically. Despite clean, organic growing practices, there is no cannabis product that can be technically labeled organic according to the United States Department of Agriculture or the Food and Drug Administration because it is still illegal at the federal level and classified as a Schedule I substance.

Randy Haskin explains that cannabis is grown in three different ways: outdoors, indoors or in a greenhouse setting. Even if outdoor growers opt out of using chemical pesticides and herbicides, the plants are susceptible to cross contamination from chemicals used by nearby farms. To deter any sort of contamination and ensure an organic product, he says that the marijuana would have to be grown in a clean room where individuals would have to wear hazmat suits. Although this method would produce the cleanest product, he says that it would also cost more and generate smaller yields.

Bradley, of Organic Alternatives, has a slightly different view on what it means to grow organically.

“Whether it’s marijuana or a tomato, I would define truly organic as having it be outdoors, living off the sun and the nutrients provided in the ground, how nature intended it,” he says. “To say we’re organic but we’re growing indoors is a controversial topic, and we’re very aware of that. The fossil fuels used for the lights could be argued unsustainable and non-organic — we use a lot of electricity and in turn we pay for wind and solar credits to try and create a balance.”

Bradley agrees that it costs the company two to three times the amount in production costs to grow as organically as possible, and that “the yield is less, but the product is superior.” Organic practices, such as making microbial teas brewed with water, oxygen and raw materials (earthworms, and bat and bird guano), allow the plants to take up these non-chemical fertilizers from the soil, creating a living colony of beneficial bacteria for the plant. Any chemicals used, including pesticides, fungicides and cleaning materials, are all certified organic.

While things may be murky now, there is talk of required testing regulations for both recreational and medicinal marijuana, for potency and for contaminants, slowly being phased in over the next year.

“All states should require full testing,” Randy Haskin says. “Colorado is not there yet, but it will be. We’re predicting it will happen by spring 2015.”

Until then, it’s up to the consumer to inquire about testing before toking.