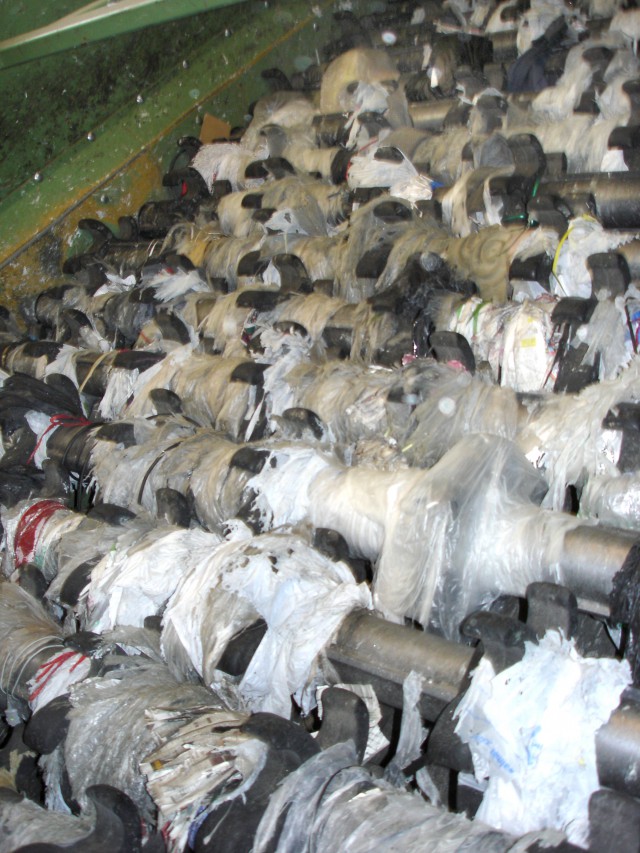 Hopefully, recycling glass, metal, paper and plastics has become second nature to most of us in Boulder County by now.

And it’s easier than ever, now that we have single-stream recycling and don’t need to separate our paper from the rest.

But there are some subtle nuances to be aware of in ensuring that all of that waste actually gets reused — and that the folks along the conveyor belt at our local recycling center can do their jobs effectively and safely.

You may already know that you can’t throw those plastic grocery bags in the curbside recycling bin because they really gum up the works when they hit the sorting machinery at Eco-Cycle. In fact, plastic bags top Eco-Cycle’s “Dirty Dozen” list of culprits that cause the most problems, because they can cause equipment to shut down for 15 or 20 minutes each time they get wound up in the sorter.

“It literally gets gummed up by the plastic bags,” says Marti Matsch, Eco-Cycle’s communications director. “Once or twice a day we have to stop the entire line and cut them out of the equipment.”

She notes that many people collect their recyclables in plastic bags, and then dump the whole thing in their bin, but those bags must be kept clean and dry and recycled separately at a drop-off center. After plastic bags have held your recyclables, Matsch explains, they are usually neither clean nor dry, dooming them to a landfill fate.

Aside from plastic grocery bags, there are other little tips and new developments that responsible recyclers should know.

For
instance, were you aware that you can now recycle certain lids on
plastic bottles, jugs and jars? The catch is, they have to be the
plastic, screw-on kind — and they have to be screwed back on the jar on
which they came.

Matsch says such lids should not be placed in the bin loose because they may be inadvertently classified by sorting
equipment as a flat item and end up in the paper stream, becoming a
contaminant. Plastic snap-on lids like those on yogurt cups and other
dairy products like sour cream are not yet permissible for the curbside
bin, she explains, because they can’t be secured to their containers
strongly enough to keep them from popping off during their often
rough-and-tumble trip to the recycling center.

One
mantra that may be familiar to Boulder County residents is to
thoroughly empty and rinse out recyclable containers that have held
food. Matsch says things like half-finished bever ages end up leaking
out
onto other items, creating mold and biodegrading materials like paper.
In addition, rotting food can have negative health impacts on recycling
center workers, not to mention the fact that it can attract wasps, rats
and other pests.

“We’re not a garbage facility, we’re accepting natural resources that are going back into the production cycle,” Matsch says.

She
also cites broken ceramic and glass serving containers as a common
problem. Some think they can recycle that broken drinking glass that
just fell on the floor, but that type of glass is different from your
typical beer bottle. Drinking glasses and other containers in the
cupboard that are meant to be reused typically have a higher melting
temperature, and if they end up in recycling bins, they can cause
aberrations in the glass that is melted down and repurposed.
(Interestingly enough, Eco-Cycle has been sending the lion’s share of
its glass to the Coors Brewing Company in Golden for more than three
decades, so parts of that bottle of Rocky Mountain Banquet Beer in your
hand may have been in your house before.)

Matsch also reminds
residents that scrap metal should be taken to drop-off centers, not left
in curbside bins, in part because odd-shaped items can “literally throw
a wrench in the works,” and those that are sharp can cut the conveyor
belts.

Finally, she
says, hazardous wastes and sharps are also a lingering problem, because
things like pepper spray and needles pose health and safety issues for
Eco-Cycle workers and must be dropped off at the organization’s
hazardous materials management facility on 63rd Street, north of
Arapahoe, in Boulder.