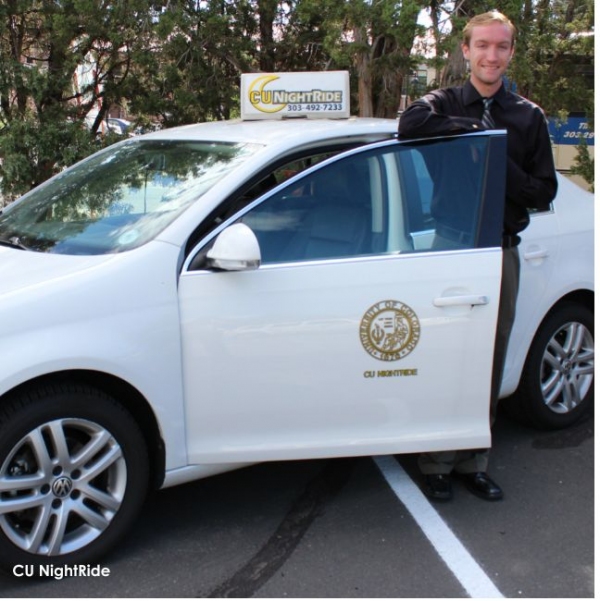 Part of the beauty of living on and around a college campus like the University of Colorado Boulder’s is the sense of community it builds. That newness, the feeling of being alone you might experience upon first stepping foot on campus will wear off quickly. You’ll run into your newfound friends and professors on your way to class, in the library, while eating lunch or working out. But don’t let all the warm-and-fuzzies give you a false sense of security. You still need to watch your back, even in beautiful Boulder.

“Use common sense,” is the simplest advice Ryan Huff, CU University Police spokesman has to offer. But every year, he says, his office receives reports of laptops stolen while their owners were in the bathroom and of break-ins on University Hill that might have been avoided if the residents had locked their doors.

The university hopes to arm students with the tools necessary to keep themselves and their belongings safe with property-registration programs, emergency phones on campus and a night-time shuttle service. It’s just up to the students to take advantage of what’s available.

“The most common crime we deal with on campus is theft, and the most common items that get stolen are bikes and electronics. They’re usually stolen because it’s easy for the criminal to do it,” Huff says. “Don’t create crimes of opportunity.”

The easiest things students can do to prevent their valuables from being stolen is to keep them in view or lock them up — for bikes, U-locks are better deterrents than cable locks, Huff says. As a second line of defense, students are encouraged to register their bikes and laptops. That way, if they are stolen and recovered, the university police will be able to return them.

The campus sees few violent offenses like assaults or rapes, Huff says. In 2011, the latest year for which statistics are available, there were six reported rapes, five robberies, eight assaults and 42 burglaries.

“Of course, on a university campus, students are going to want to experiment with things like alcohol. My best advice is just to be smart about it,” Huff explains. “Of the few sexual assaults that occur every year, two factors are common: one is that the suspect and victim know each other — stranger assaults are very rare — and the second is that either the victim or suspect or both have had alcohol that night. When you drink alcohol, your judgment can be impaired. Know who you are with and make sure you’re watching out for each other.”

Students can help keep themselves — and their friends — safe by taking advantage of CU Night- Ride, which is run out of the University Memorial Center. After the sun goes down, NightRide, which will add a seventh car to its fleet this fall, will pick up students and faculty anywhere within Boulder city limits and all you need is your Buff card; the ride is free. In addition to taking students and faculty home after a night class or study group, NightRide will also pick up from off-campus restaurants and bars.

“I’ve had a lot of people in my car that have said I’ve helped prevent them from driving home drunk,” says Stephanie Svensson, a senior communications major who drives and dispatches for NightRide. “So we’re also keeping students safe that way.”

Students should call 911 if they feel they are in danger, and blue-light phones scattered around campus link the caller directly to the University Police dispatcher. Log onto http://police.colorado.edu/crimeprevention-and-safety for more info on registering your bike or laptop and for more resources to help keep yourself and your valuables safe.

CU NightRide can be reached by calling 303-492-7233 and yes, contrary to any rumor you might have heard, they do pick up men as well as women.