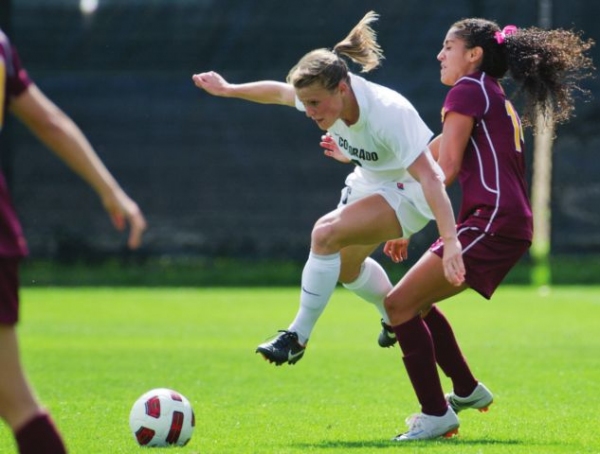 Many CU sports look to build on past success

The Colorado cross-country team doesn’t need a home course advantage to win conference championships, but that’s exactly what the Buffs will enjoy this fall when CU hosts the Pac-12 Championships on Nov. 2 at the Coal Creek Golf Course in Louisville.

The Buffs will be looking for their third Pac-12 title in as many years on the men’s side. CU’s women will be seeking their second title in three years.

Mark Wetmore has been named the Pac-12 men’s coach of the year after each of the last two seasons. The Buffs finished third nationally both years.

Blake Theroux, an All-Pac-12 first team selection, is back for his junior season to lead the men. On the women’s side, CU must replace All-American Shalaya Kipp.

CU last hosted a conference meet on Oct. 28, 2000, when the Big 12 Championships were held at Buffalo Ranch in Boulder.

Everything Tad Boyle has touched at Colorado seems to turn to gold. The men’s golf team is hoping the trend continues when the popular Buffs basketball coach hosts the sixth annual Colorado Golf Day on Sept. 20 at the Colorado National Golf Club in Erie.

The signature fundraising event will benefit the men’s program, which concluded the 2012-13 season with an appearance in the NCAA Championships and a No. 58 final ranking.

The women’s team features Allie Zech and Jenny Coleman, who both qualified for the U.S. Women’s Amateur Championship this summer. Coleman finished 33rd at the NCAA West Regional last season competing as an individual.

CU’s Jamie Oleksiew is also back after qualifying for the Canadian amateur championships.

The CU golf schedules have not been finalized.

That’s the pitch Ann Elliott, the head coach charged with building the Colorado women’s lacrosse program from the ground up, used on the recruiting trail while putting the Buffs’ inaugural class together.

Most of the 22 new student-athletes CU welcomed to campus this summer arrived from east of the Mississippi River. Elliott, who won three national championships as a player at Northwestern and three more as an assistant coach at her alma mater, doesn’t believe it will be long before the Buffs are on the national map in this rapidly growing sport.

“That’s the culture we’re trying to build,”  she said.

CU will compete in the Mountain Pacific Sports Federation, which also includes Front Range rival University of Denver and Pac-12 schools University of California-Berkeley, Oregon, Stanford and University of Southern California. The Buffs are planning to run out onto Folsom Field behind Ralphie for their home debut on Feb. 22.

The CU women’s lacrosse schedule has not been finalized.

When Pac-12 commissioner Larry Scott welcomed Colorado to the “conference of champions” two years ago, he bragged about the Buffs’ prowess on the slopes. CU delivered last winter by winning the program’s 19th skiing national title.

CU, despite traveling seven freshmen to the NCAA championships, rallied from 54 points down on the final day to outlast regional rival Utah for the hardware.

“We will look forward to trying to repeat,” says CU skiing coach Richard Rokos, who has matched legendary coach Bill Marolt’s school record of seven national championships. “Having a young squad last year, we will come with more experience and we will be better prepared.”

Rokos and Nordic coach Bruce Cranmer must replace Joanne Reid and Eliska Hajkova, who finished 1-2 in the women’s nordic freestyle championship. Rune Oedegaard, the national champion in the 10K and runnerup in the 20K, returns on the men’s side.

The 2014 NCAA championships will be contested March 5-8 in Park City, Utah.

The CU skiing schedule has not been finalized.

Typically, Danny Sanchez isn’t concerned with results during the spring soccer exhibition season. But after watching the Buffs dominate opponents — outscoring them 18-1 with a 7-0-1 record — CU’s second-year head coach believes the team gained confidence and will practice with a swagger entering the 2013 season.

“I think we did build some momentum and we also kept everyone healthy,” Sanchez says.

Anne Stuller, the former Fairview High School star who struggled with injuries and illness as a freshman and sophomore, had seven goals and six assists during the spring. The senior led the team with 18 points and three game-winning goals last year.

“I think she can have a breakout senior season,” Sanchez says. “She definitely has the determination, commitment and talent to do it.”

Colorado tennis has an intriguing blend of young talent and experienced leadership on the roster entering the 2013-14 seasons. Seniors Carla Manzi Tenorio and Winde Janssens have played one season in the Big 12 and two seasons in the Pac-12. Freshman Dhany Quevedo won the singles draw at an ITA Summer Circuit event in Boulder this summer, and sophomore Julyette Steur racked up 16 wins last year.

“I’m excited for this year. We have a great core group of players,” says Nicole Kenneally, who is entering her 15th season as CU’s head coach. “The experience they’ve gained over the last two years is going to bode well for this year.”

“It was important to make those gains that we made last year and for the players to see the fruits of their hard work,” Kenneally says.

Colorado is now known as Steeplechase U. in the world of collegiate track and field. Jenny (Barringer) Simpson was the face of the program while winning NCAA steeplechase titles in 2006, 2008 and 2009. Emma Coburn continued the tradition by winning national championships in the event in 2011 and 2013, sandwiched around her Olympic debut in 2012.

On the men’s side, the Buffs must replace All-American steeplechase performer Aric Van Halen. In the field, Mark Jones returns after becoming the first CU high jumper since 1990 to compete in the NCAA championships.

The CU track and field schedules have not been finalized.

After struggling at the end of the Big 12 era and for the first two years of Pac-12 life, Colorado volleyball appears ready to begin its ascension this fall.

Kerra Schroeder, the lone team captain in 2011, returns for her senior season after the talented outside hitter missed the 2012 campaign with a knee injury.

CU finished 14-18 overall and 4-16 in the Pac-12 last season. The team returns all of its starters and only loses senior Michelle Miller from the rotation.

Kritza is putting the final touches on the non-conference schedule. The conference opener is Sept. 24 at Utah.