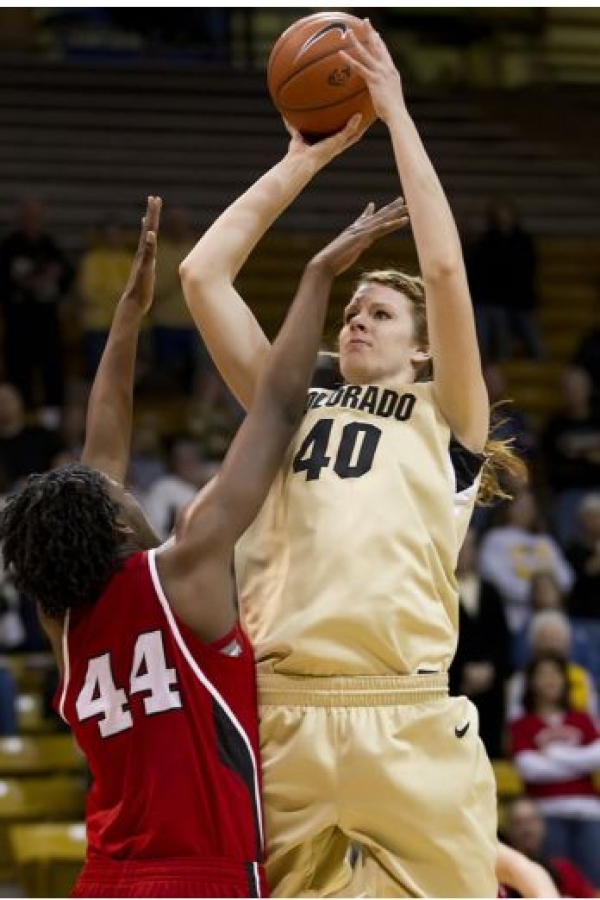 Women’s basketball shoots for the top

When Linda Lappe first arrived at CU, she wasn’t sure of what to make of the women’s basketball program. No, we’re not talking about 2010, when she was named coach of CU’s women’s team. We’re talking about 1998, when she showed up as a freshman to play for the Buffs. When she arrived, Lappe joined a team that was not on the national radar. But by the time she graduated, she and her teammates were fighting for a berth in the NCAA’s Final Four. It was quite a transformation. So it should come as no surprise that since she started coaching the team three years ago, a similar transformation has occurred.

As a result, when it comes to CU sports and this season’s expectations, none are higher than those for Coach Lappe’s women’s basketball team.

Coming off last year’s 25-7 record that sent the team into the NCAA tournament for the 13th time in school history, its first trip since 2004, thinking big just comes naturally.

A year ago, the team finished fourth in the Pac-12 with a conference record of 13-5. This year could be even better, but to improve, the Buffs will have to replace the big shoes (figuratively speaking, of course) of former team leader and sensational guard Chucky Jeffery, who, by the way, signed a contract with the New York Liberty of the WNBA, becoming the first CU Buffalo to have her name on a WNBA roster since 2004.

Making the task of replacing Jeffery even more difficult, her anticipated replacement, sophomore guard Kyleesha Weston, who had a sensational NCAA tournament, has left the school for personal reasons, returning to her home in Kansas City.

But don’t despair. This year’s roster is still loaded. This could be a big year for sophomore forward Jamie Swan and freshman guard/ forward Lauren Higgins. Both were ESPN top 100 recruits when they came to CU, and this year should see them take a big step forward.

Last year, center Rachel Hargis played her way into being one of the most dominant interior defenders in the Pac-12.

As a senior this year, she could be the best. And don’t forget last year’s biggest surprise, forward Arielle Roberson, who was voted the Pac-12’s freshman of the year. As a sophomore she should be a force to be reckoned with.

For these Buffaloes, the rebuilding period is over. And with only three seniors on the roster and a strong recruiting class rated among the nation’s best coming in this year, they could be good, very good, for a long time.

The women’s basketball schedule had not been released as of press time.