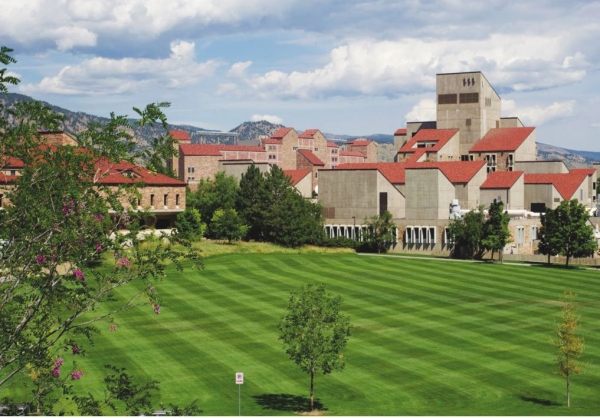 Students are often first introduced to their future alma mater on the campus tour as high school seniors or incoming freshmen. But what do students with four years of experience at this school know about CU? As a recent graduate after not four but five years — called an Academic Victory Lap — I consider myself an expert on Colorado’s first public university. So I took the tour again, and I noticed there was some vital information omitted.

When asked which residence hall is the best, campus guide and senior Aly Pomerantz says: “The best dorm on campus is the one where you’re staying.” Touché, but let’s not be coy. The better residence halls this year will be the ones that have been recently renovated or are far away from campus construction.

Renovation and construction is great for the students who will move into these buildings, but it’s annoying for those living around it. My freshman year, I lived in Willard Hall when they were constructing the Center for Community (C4C), which meant jackhammer wake-up calls at dawn. Freshmen in dorms around Farrand Field will know what I mean as renovations of Baker Hall continue through this fall, and those students should know that the bookstore sells four varieties of earplugs.

Summer is a great time to take a tour through Norlin because it’s rarely this quiet during the school year. Come Monday, Aug. 26, tens of thou sands of students will be on campus and in the library. During finals week, everyone decides to study in Norlin and the library becomes an encyclopedia of pet peeves. When I say everyone goes to Norlin, I mean everyone: people who read aloud when typing, the serial snifflers, people with musical ringtones, that one person who sits right next to you at an otherwise empty table, the screaming sneezers, the open-mouthed eaters and the gum chewers perpetually chewing their cud. However, there are five library branches throughout campus, and all are quieter than Norlin.

Classrooms actually make excellent study spots. Think about it, when everyone’s in the library, the PMS 631 classrooms are empty and quiet and have plenty of space to think. Just be sure to leave if a class comes in or if someone has reserved the room.

C-3PO says the odds of successfully navigating an asteroid field are 3,720 to one, and I suspect safely riding through Buffalo Plaza between class periods is even more unlikely. The plaza itself is the confluence of four tributaries of pedestrian traffic. Nearly every hour, students pour out of Muenzinger, Duane Physics, stuffed buses driving up Colorado Avenue and classrooms in the stadium. More than 30,000 people share the campus, so it’s best to just walk your bike through here. CU has more than 10,000 spaces to park your bike on campus. Bottom line, there are two types of CU students, those who have gotten into bicycle/longboard accidents and those who will.

Wardenburg is where students go to get prescriptions filled, to get their coughs checked and to receive psychological counseling, but if nothing’s wrong, students come here for a wicker basket on the receptionist’s desk, which is full of free condoms. Sir Richard’s, a local condom company, occasionally hands out free ones on Norlin Quad, and sometimes students in the dorms find them mysteriously slipped under the doors, but Wardenburg and the Community Health office in the University Memorial Center (UMC) are the two permanent locations where they’re free.