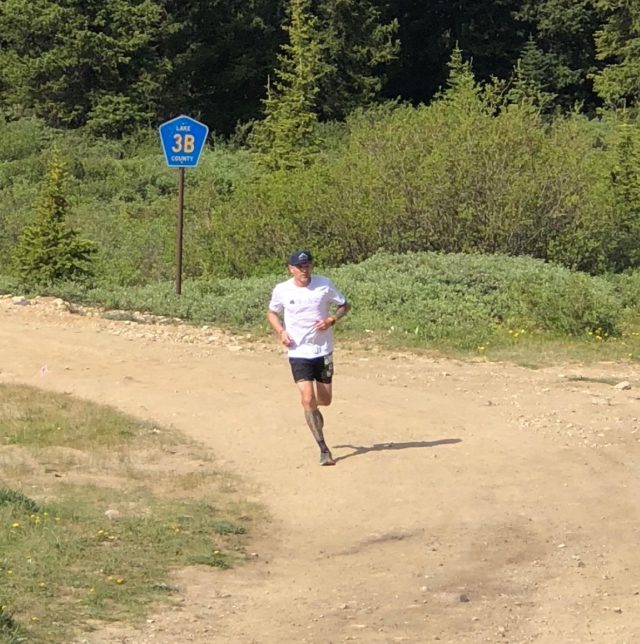 Bryan Dayton, however, never quite welcomed “normal” or “typical” into his vocabulary. The co-owner of OAK at fourteenth, Acorn, Brider, and, most recently, Boulder’s new Spanish steakhouse, Corrida, has lifelong roots in both the worlds of running and restauranting.

Most recently, Dayton (also an award-winning mixologist and two-time 50-kilometer trail-running national champion) finished the 2018 Leadville 100 — an elite trail running race for which he trained while opening Corrida, at one point spending a consecutive 90 days at the steakhouse’s location. He finished the race in a whopping 22 hours and 54 minutes.

How does he juggle two energy- and time-demanding passions? He doesn’t quite share all his secrets, but he does tell us how it’s done.

One foot on trails, the other behind a counter

“I started running the mile in middle school, then I ran cross country. The Leadville 100 was almost 20 years to the day that I did my first mountain marathon, the Pikes Peak Marathon [in 1998].

“I was a sponsored ultra-trail runner for almost a decade. But I never trained longer than 34 miles until last year. … This year, I tried to enter the 100-mile race through the lottery and didn’t get in, so then I ran the Leadville Marathon and got third in my age division, [granting me an automatic 100-mile race entry.] Not bad for an old guy.

“I started washing dishes 30 years ago this summer, in the small town I grew up in in South Carolina when I was 15. When I was 21, I became a bartender; I was always drawn to bartending, drawn to the liquid side of the culinary world.”

“Running is a sport, and I look at the restaurant business as being a sport as well. You’re on your feet working super hard, looking in 20 different directions — you get the highs and the lows.

“I try to sleep around six to seven hours every night; I definitely need it.”

“I didn’t want to sacrifice my time with my kids so I’d sneak in workouts and family time [like] hiking 14ers. I did Mt. Massive twice with my kids.

“A few days before the race, me and Craig Lewis (former pro cyclist/current wine merchant of Stelvio Wines) learned how to make a bunch of different rice cakes from Allen Lim (of Skratch Labs).

“Craig was the hero in this. He made a bunch of rice cakes for me, savory and sweet. I ate them every 30 minutes during the race. They were made with sushi rice, eggs and bacon; some with coconut and cinnamon.”

“Will Frischkorn (former pro cyclist/current owner of Cured) was the freakin’ bomb. He didn’t even hesitate to run the last 25 miles of the race with me [when I unexpectedly jumped ahead of schedule] and Bob Africa (of Boulder’s Popsockets) accidentally missed me coming through the last aid station.”